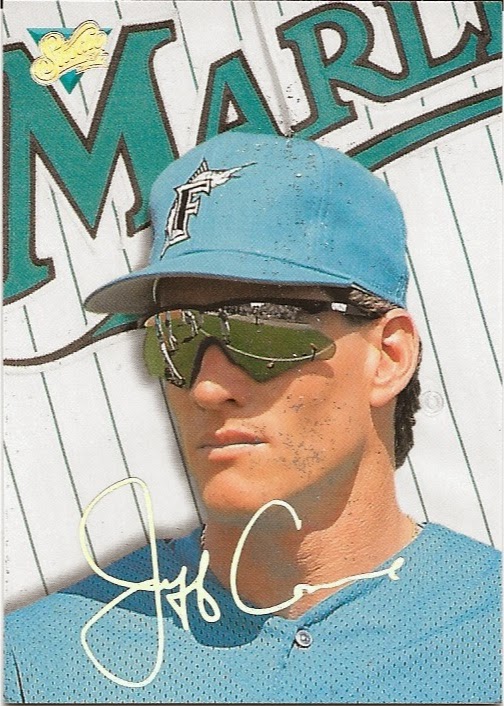 I think it's safe to say that when a card show is the least interesting part of your collecting weekend, you had a pretty good weekend.

I came away with a pretty impressive haul from two flea markets this weekend, and my scanner is piled high with stacks of cards that still need sorted.  The card show was far less impressive.  The dealers were largely repeats of the other mall show in the area...different mall, same story.  There were about 6 dealers, and two of the guys looked like they weren't going to sell a single card all weekend.  It looked like one guy had decided it was finally time to part with that late 80's fortune.  He had wax packs of overproduction era cards for a cool $2 each, and a box of late 80's/early 90's star cards priced at what I can only imagine was full book in 1991.  Unfortunately for him, the guy two tables down was selling boxes of wax from that era for a whopping $5 each.

I spent way too much time trying to track down a box of 1993 Studio at the national without any luck,  Cheap wax was everywhere, but 93 Studio was nowhere to be found.  So I was thrilled to see not one but two boxes sitting there.  I gladly grabbed one, as well one of the few singles I managed to find that I'll save for a separate post.


The box held 36 packs with 12 cards per pack.  In short, a crap ton of cardboard compared to the 5 card, $400 boxes that are so popular today.  Unfortunately the cards inside the packs were pretty well stuck together.  With a little effort, I was able to largely separate the cards without too much damage. 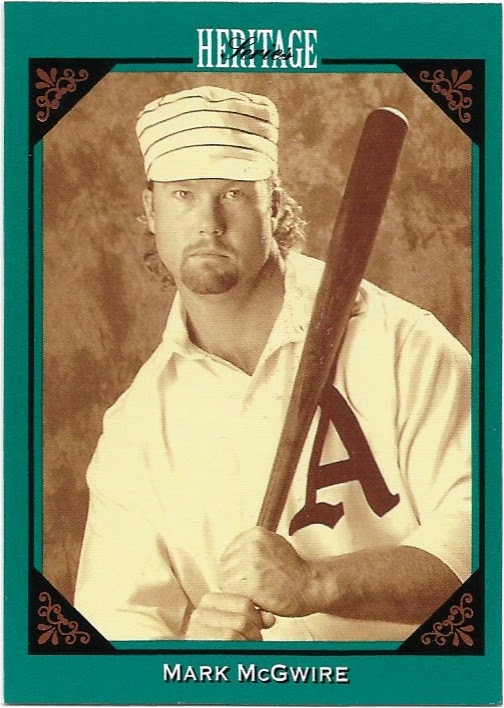 The base cards are some of the nicest out there.  I love the pairing of the closeup shots of jerseys and caps, and the holofoil signature really pops.

But the inserts?  Not too shabby.  The Heritage inserts are great, and I think I hit three of the more interesting ones in the product.  Pillbox caps need to make a comeback. 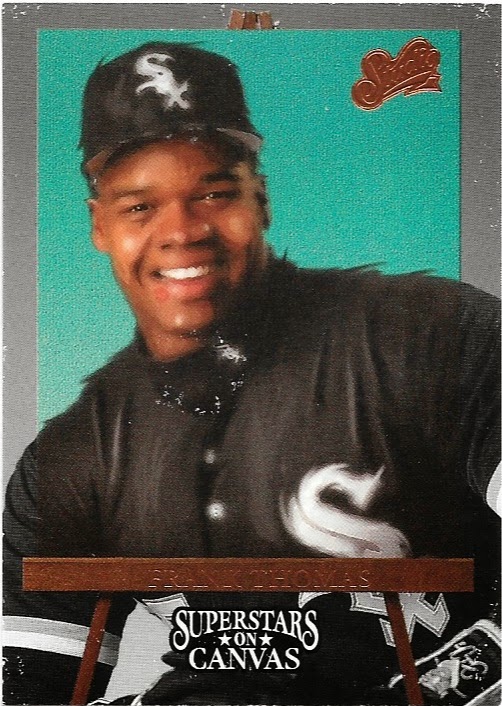 The other inserts were a little less exciting.  Unfortunately the Superstars on Canvas inserts seemed to have issue sticking to the other cards in the pack.  Both copies I pulled had some damage. 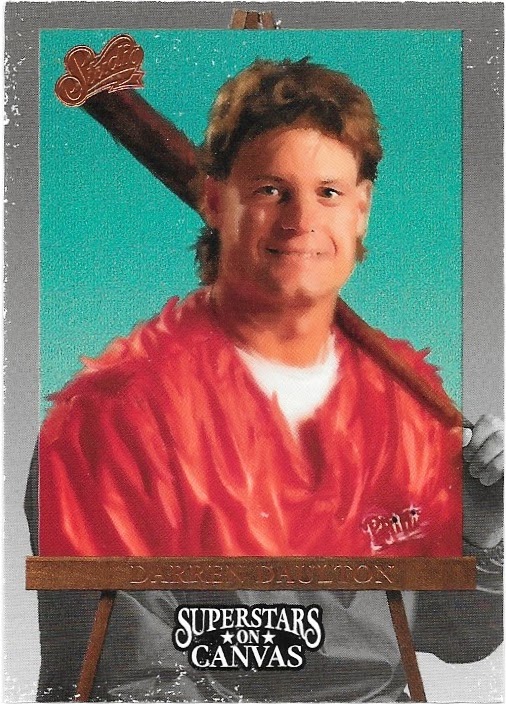 But when every base card looks this nice, it's easy to not mind too much. 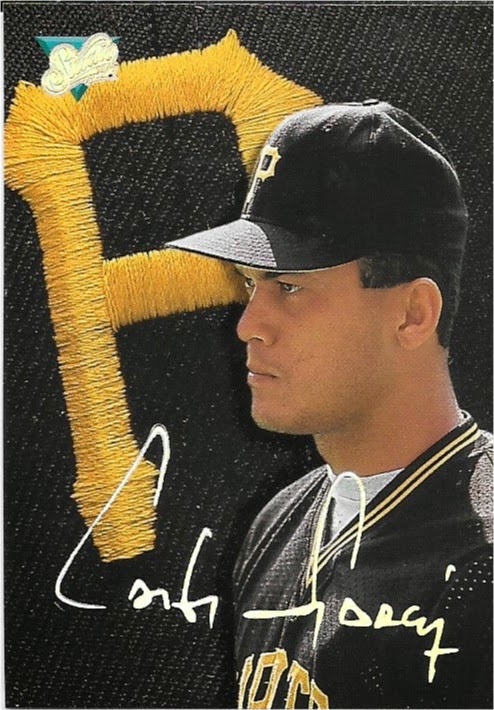 This has been a set I wanted to build for quite a while.  I thought buying a box would handle that.  The base set is only 220 cards, and with over 400 cards in the box math would seem to be in my favor. 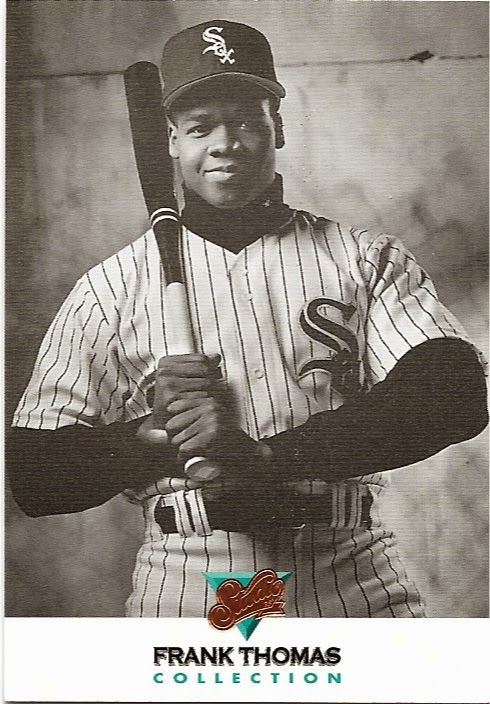 Or...not.  Despite pulling 3 and 4 copies of quite a few cards, I'm still about half a dozen cards short of a set.  I do have some singles from my childhood collection, so hopefully I'll luck out and knock a couple other off that needs list. 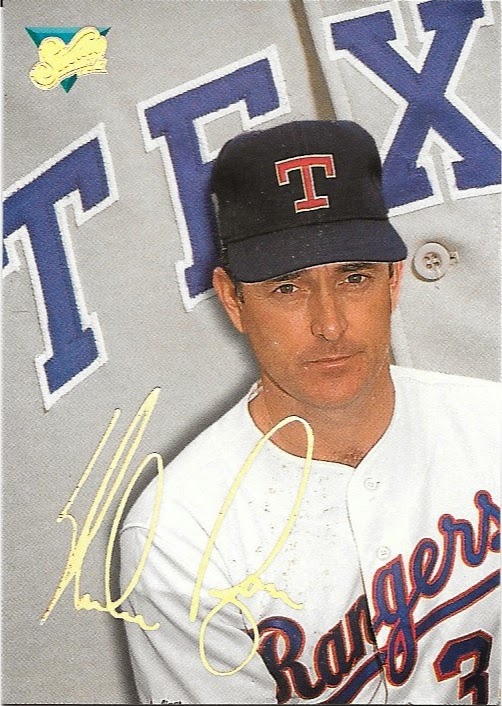 The product just has a really high end feel to it.  I wish I could have been old enough to appreciate how radically the hobby changed in the early 90's.  Compare these cards to the other products coming out even a year or two earlier, and these blow them out of the water.  I'd put these card up against the famed Elite Series inserts any day.  The set just has a look and feel that holds up to this day.  Compare that to the pulp stock Topps cards of just three years earlier, and it feels like the hobby moved lightyears ahead in just a few years. 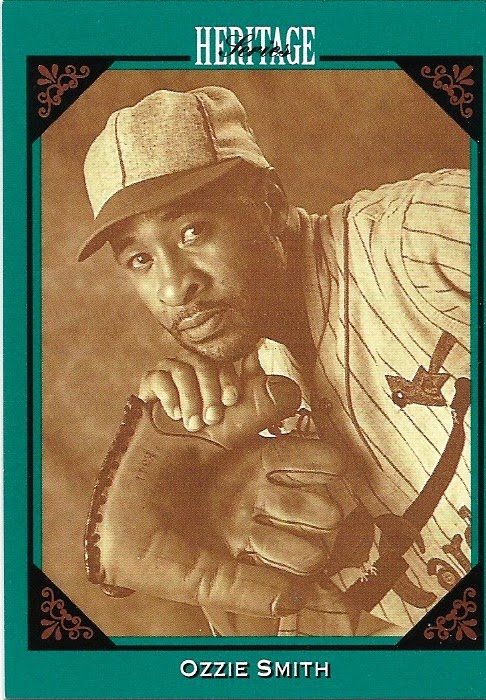 You can't beat $5 a box for just any product.  But one of the nicest looking base sets out there?  This box made the entire trip worth while. 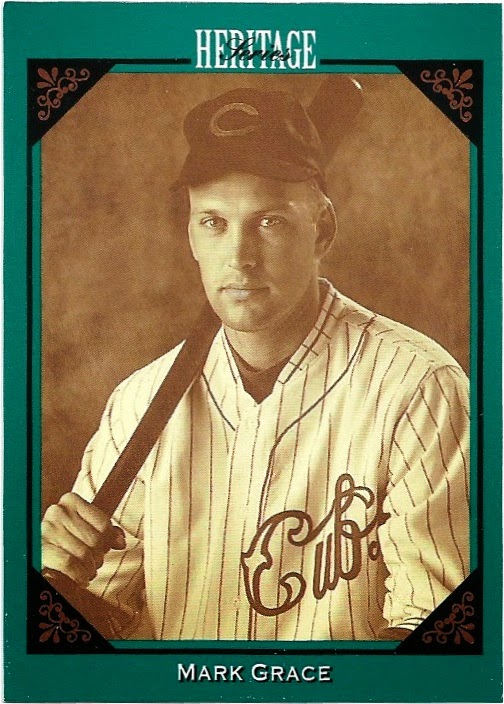 But what I spotted in the dealer's case while paying him topped everything.
Posted by Mark at 10:06 PM