Card Show Pickups - I Collect Too Many Things

I already showed off the glorious dime box of Pirate cards I picked up at the show.  But the fun didn't end there.  I came home with a nice stack of other cards for my odds and ends collections.  Card shows are a bit of a Catch 22.  On one hand, I have probably started or restarted way too many collections in the past two years.  From colored gloves to Kenny Lofton, they've all started carving out their own little places in my collection.  But it does make digging through boxes a heck of a lot more interesting, since I can end up going through a few thousand cards before I come across a new Pirates card I need.

So let's bring out the goodies.

You know what the best price at a card show is? 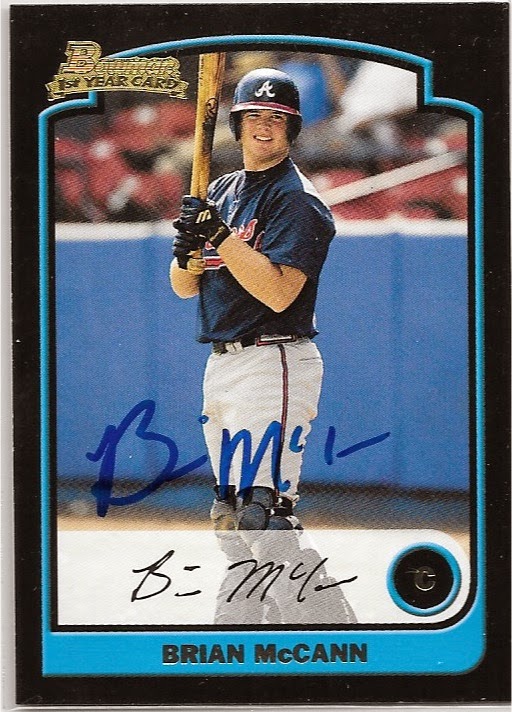 I was digging through the boxes of a dealer who I bought a bunch of Tek cards off last show, when he tossed a card at me and said I could have it if I wanted.  Like so many dealers I've come across, he didn't like dealing with uncertified autos.  But I do!  The signature looks good compared to examples I've seen, and will certainly have a good home in my auto collection.

The next best price? 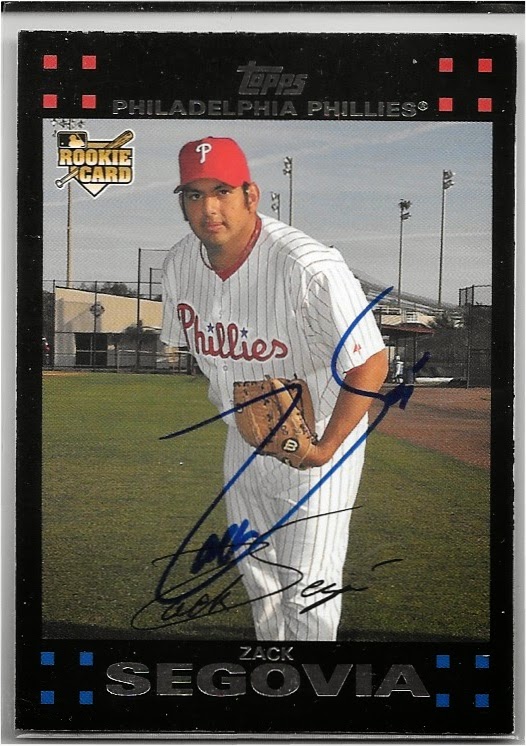 $.10  I think just about every time I go through numerous dime boxes at a show I find at least one IP auto nestled in there.  And while a guy with all of 9 major league games may not count for much, it's 9 more than I have.

The dealer who gave me the McCann had a few boxes of low to mid end autos and game used, marked down to $2 and $3 boxes.  No Pirates, but I did see a Livan Hernandez auto, which has been near the top of my want list for a while. 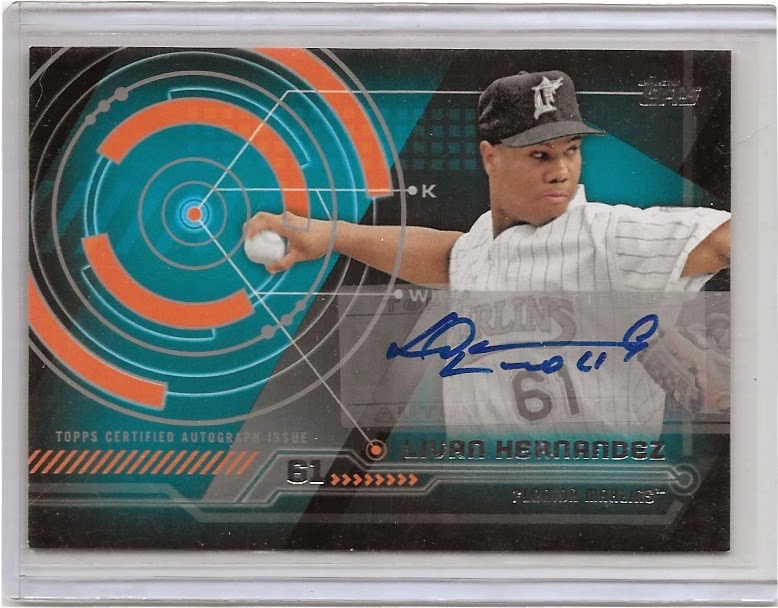 Sure, this is probably my least favorite of his autos from last season.  But I'm happy to cross it off my list.

Did I ever mention I'm prone to impulse purchases? 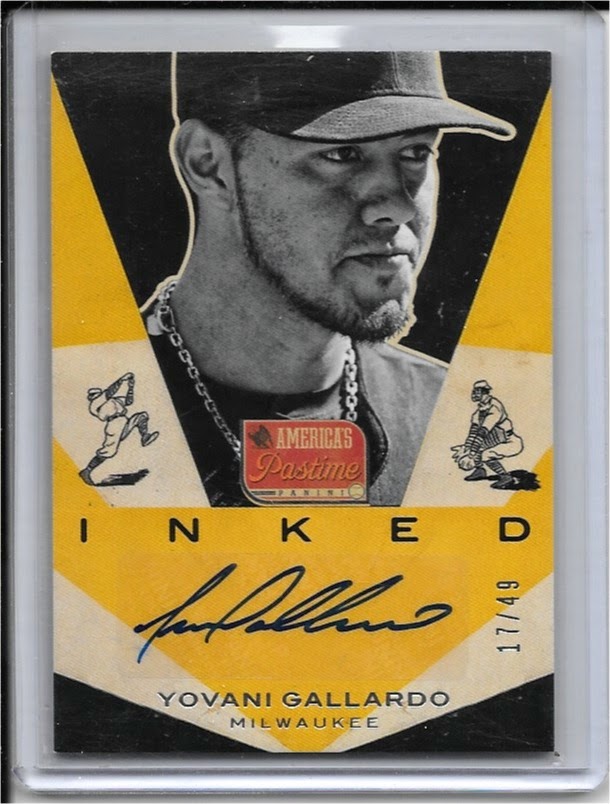 Gallardo was an absolute beast against the Pirates, putting up a 2.55 ERA in 155 innings against the Bucs.  And he has a pretty nice signature.  For $3, it seemed like something worth picking up.  It may end up moving on from my collection at some point, but we'll see.

And as I mentioned before...the random collections. 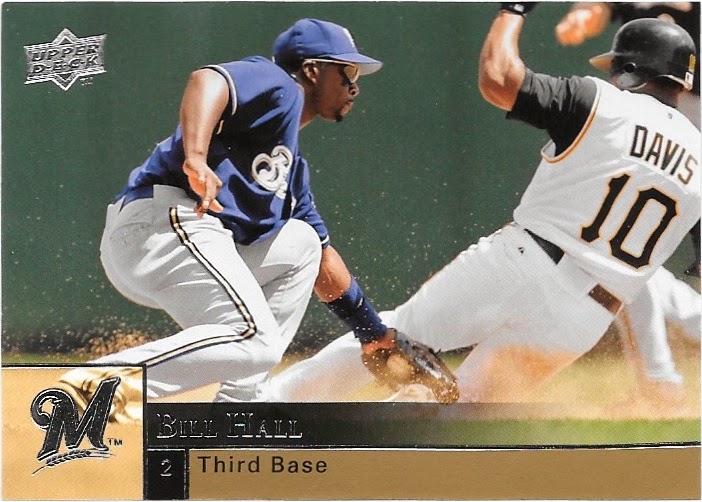 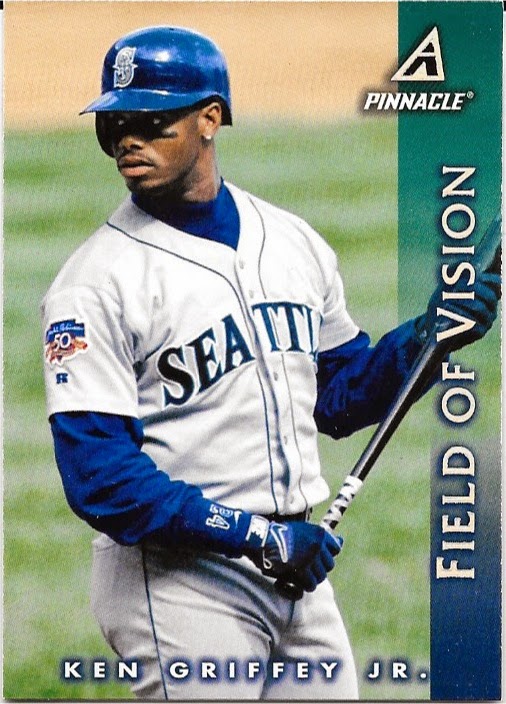 You can never have enough Junior. 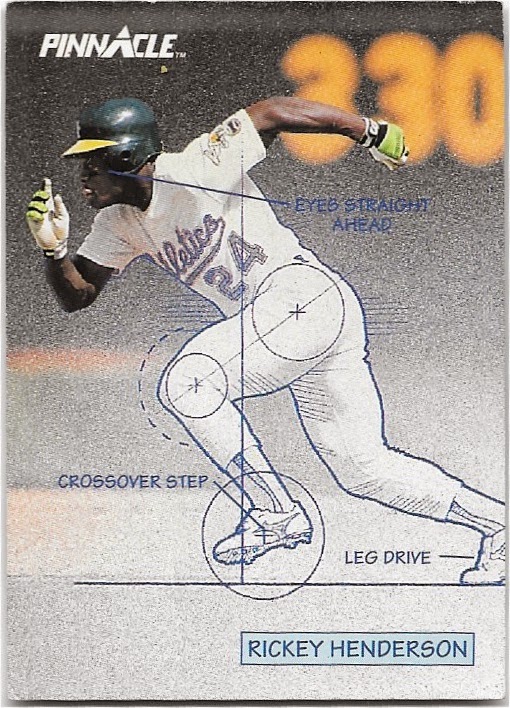 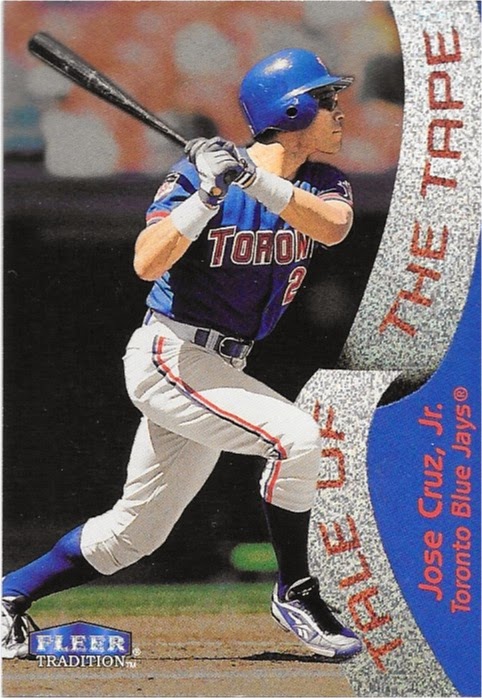 And make no mistake about it - I have a definite 90's problem.  I love the overly cartoony uniforms.  The crazy inserts.  The fact that the hobby went absolutely bananas over Jose Cruz.

And as luck would have it, I found a pretty loaded box of quarter cards with some cool 90's inserts.  I picked out about 20 new Kordell Stewart cards that haven't been scanned yet.  But there was some 90's baseball gold as well. 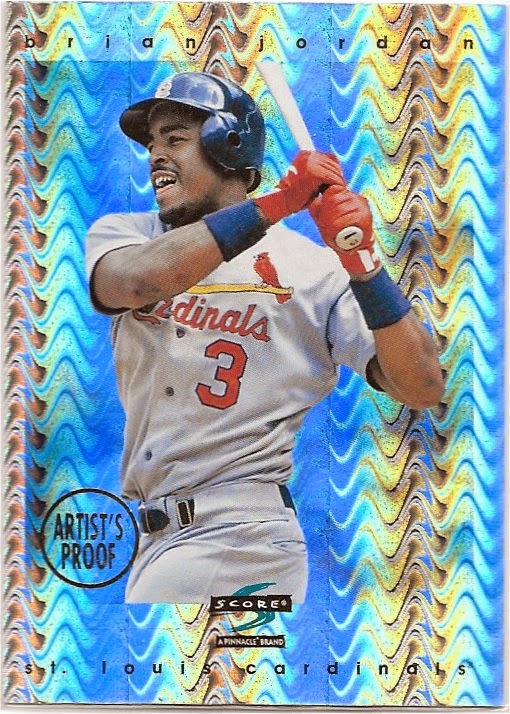 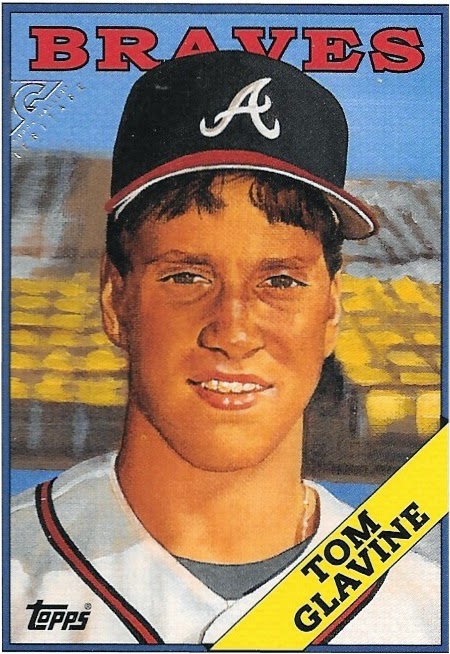 Or works of art. 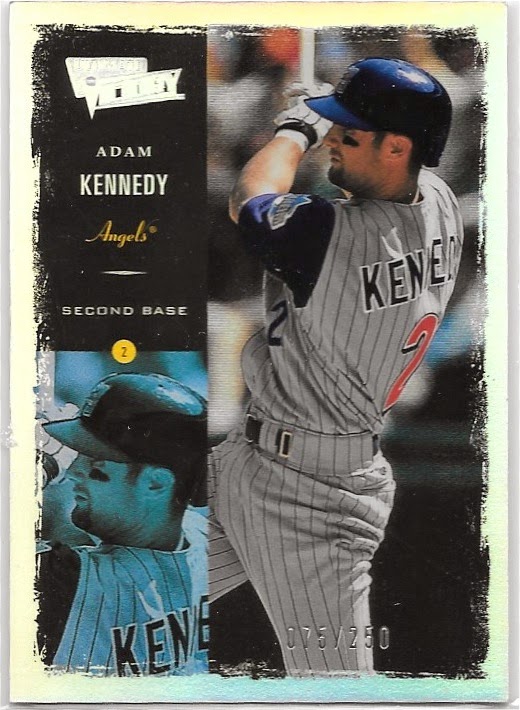 Or just plain fun.  Even if they don't necessarily fit into any of my collections.

But when in doubt, just add another collection. 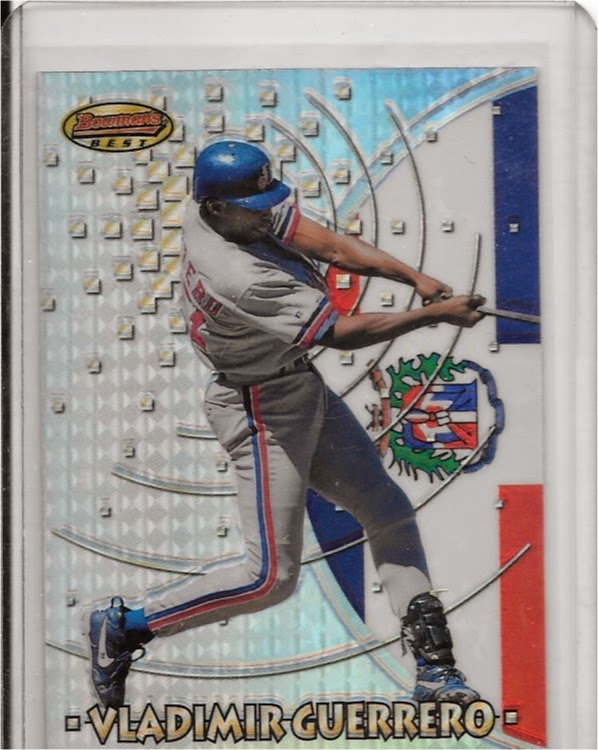 The newest inductee to his own binder space is Vlad Guerrero.  But only his Expos days.  Angels, Rangers, and O's need not apply.  I still have some fun memories of seeing Vlad in his prime at Three Rivers throw a baseball as far as I have ever seen a human being do so in person. 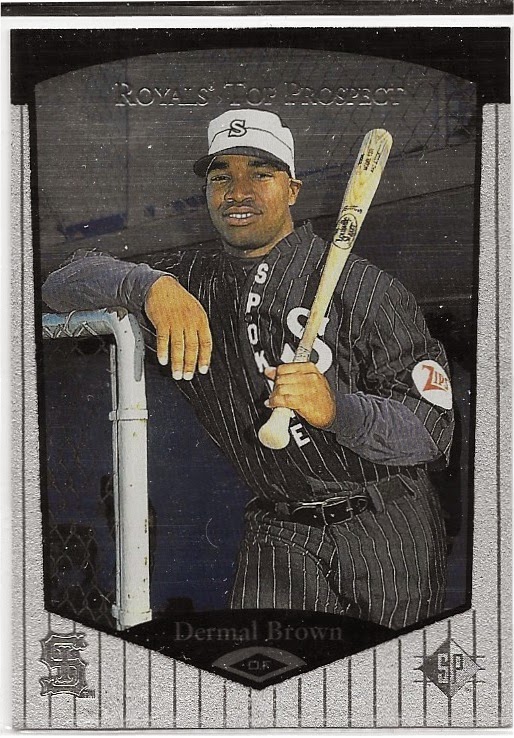 And what good would a post be without a throwback? 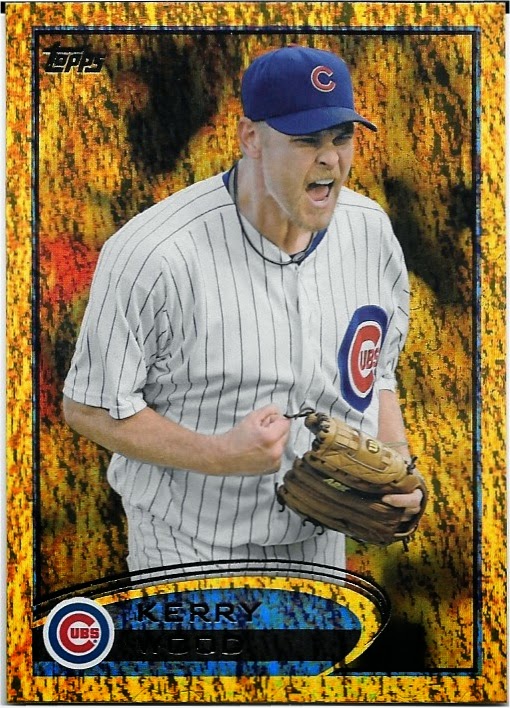 And a boomerang?  This Wood will replace the base version currently in my binder. 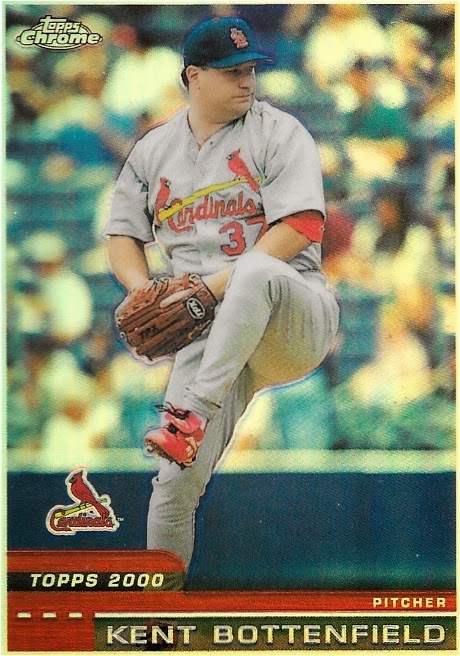 One more knocked off my 2000 TC Refractor set.  Just about a billion to go. 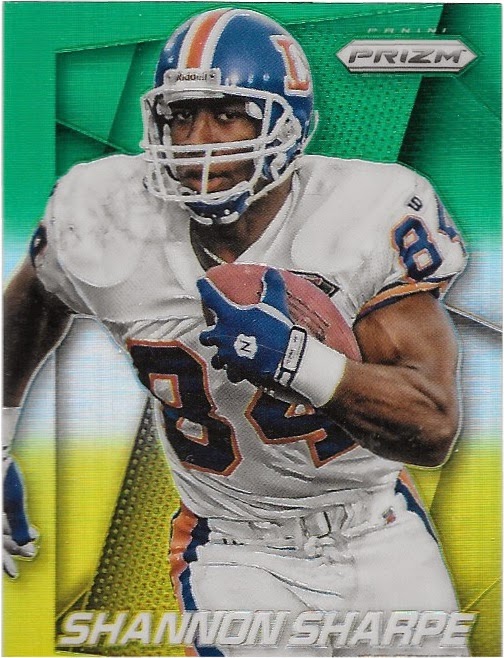 And remember those impulse purchases?  Prizm has become about the most 90's-feeling product, in my opinion.  Shiny, loud, somewhat random.  The early 90's Broncos uni, with a completely senseless green, white, and yellow background?  Makes me think fondly of the days when somebody apparently thought orange and purple looked good together.
Posted by Mark at 11:30 AM