I've always been a fan of taking on projects.  Whether it's some little craft project or something bigger like home renovation, I've always really enjoyed the feeling of doing a job yourself, learning new skills, or just simply producing something through my own labor. 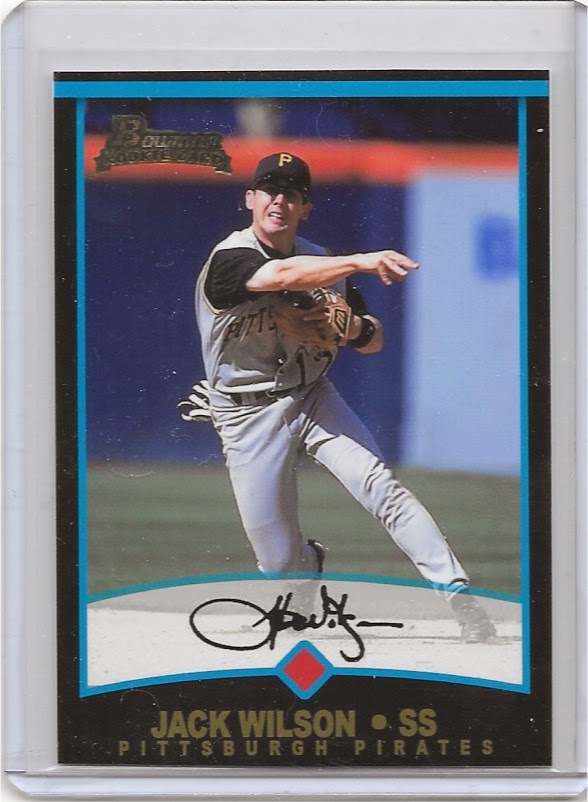 Kate runs her own awesome blog, Thriftburgher, that chronicles some of the projects we've tackled together and individually.
I've always been sort of impressed by the different ways you can incorporate DIY principles into everyday life.  From growing your own herbs to sewing projects (yes, I can sew), there's the "guy in the woods living off the land" streak in me that wants to reject some of the creature comforts that come with modern society.

But that sort of comes into conflict with the whole card collecting thing.  After all, baseball cards are definitely an economic luxury.  Even collecting on a pretty tight budget, it's a want not a need, no matter how often we haphazardly throw around the term in this hobby.  And the whole DIY thing doesn't really apply to a hobby where by definition the products you collect are produced and distributed by corporations.

Or at least I didn't think so.

See, I've been making customs for years - since I first learned Photoshop back on version CS2.  But it was just always sort of a supplement - something to throw together something to get signed every once in a while if there wasn't a card for a player.  It wasn't until recent months, tinkering with production methods and developing my own skills, that I've found I'm actually getting more enjoyment from many of the customs I put together than anything I've pulled out of a pack in years and years.

I don't mean to get this philosophical.  This post was supposed to really just be me saying that I'm using customs to start filling in the gaps in my Jack Wilson man-crush collection.  If Topps thinks it's worth reprinting Derek Jeter on all their designs over the past 60+ years, then the Jack Wilson deserves that treatment too, dammit! 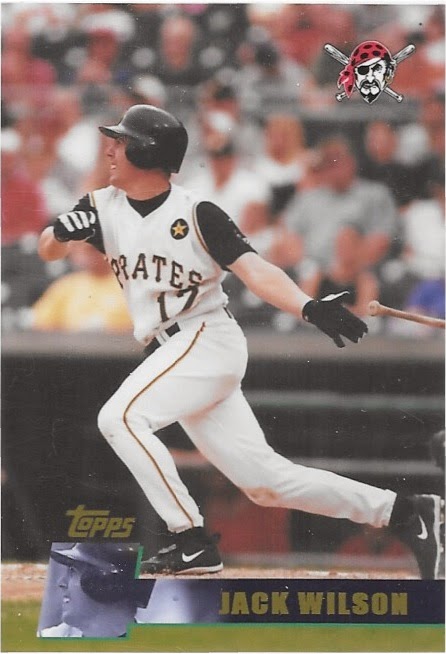 But at a deeper level, there's something incredibly rewarding about taking the time and energy to reverse engineer a design, and put a card together.  And then print it to a final product.  It's fun to no longer be limited to "well, this set looks awesome, but they didn't include my favorite player" or "wow, that's a lousy photo."  I'm not sure what to really label it.  It's not quite collecting, since I am entirely in control of what is or isn't produced.  In essence I have and will always have a complete collection of my custom creations.  But there's just something really fun and freeing about it that has made me appreciate baseball cards, just plain and simple baseball cards, in a way that I haven't really felt since I was a kid and my collection numbered in the hundreds rather than the tens of thousands.

So in the coming weeks, be ready for Jack-a-palooza.  I'm planning to create and print cards from every Topps design that Jack doesn't already have a card (basically all years except 2002-2012).  I may not exactly be Henry David Thoreau sitting down by Walden in the grand scheme of the cosmos, but I must say from a collecting standpoint damn it sure is liberating.