I Found My New LCS 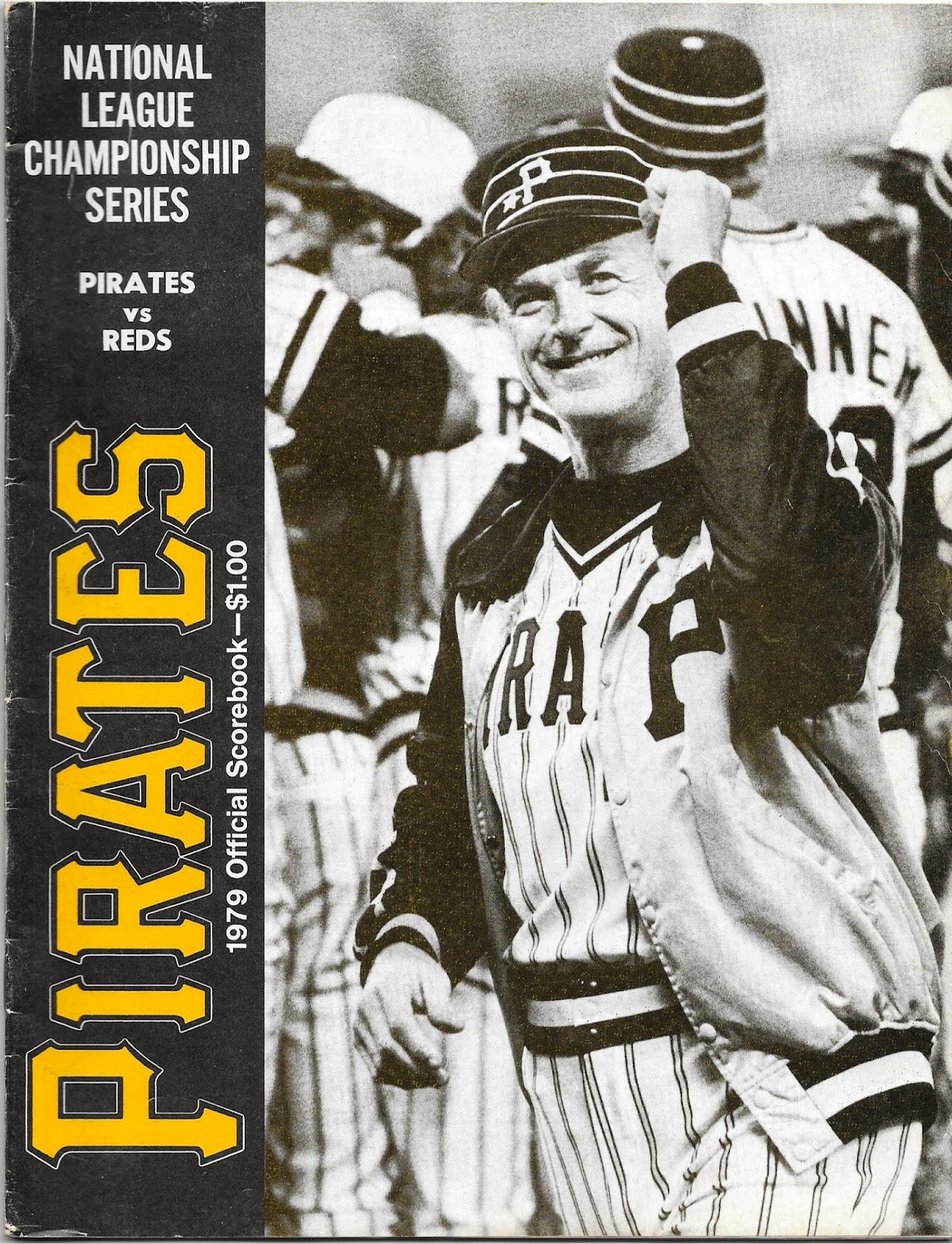 Sunday was supposed to be a Funday.  The plan was to get up early, hit a flea market, Goodwill overflow center that sells everything by weight and always has some great deals, and go over my parents' to make some chocolate dipped eggs that are a family tradition.  Well, Kate and I were up late Saturday and didn't get up until almost 9:30, the temperature was in the 30's, and my mom was on the verge of a nervous breakdown because there was an issue with taxes for my grandmother's estate.

In short, Funday went down the drain within about 5 minutes of waking up.  Kate and I wanted out of the house pretty badly, so we decided to drive up the road to see if there was anyone at a flea market nearby.  We had only been there once, and weren't impressed.  I think between the two of us we spent $2.  But it was only 5 minutes away, so worst case scenario we could stop and grab some breakfast while we were out.

When we went last year, the vendors were set up between a car dealership and a big building without any signage.  As we pulled into the parking lot, I saw lots of cars and a few people walking to their cars, but no vendors.  The I noticed a sign over a door that said "Flea Market Entrance."

Apparently that unidentified big building was an indoor flea market.  It was 5 minutes from my house, and I never even knew it was there.

And from the early signs, I hadn't been missing anything.  After walking through two large rooms, everything we saw was priced at antique store prices rather than flea market prices.  Sorry, I'm not interested in your glass paperweight for $35.  But I'd gladly give you $3...

The only thing I found was this 1979 NLCS scorebook.  It's more like a magazine than scorecard - about 35 pages with a few short articles and bios for the players.  I found it peeking out from under a pile of stuff, and the dealer seemed downright giddy when I countered his price of $5 with $3.  I've never seen one before, but it will go nicely with my 1979 World Series program. 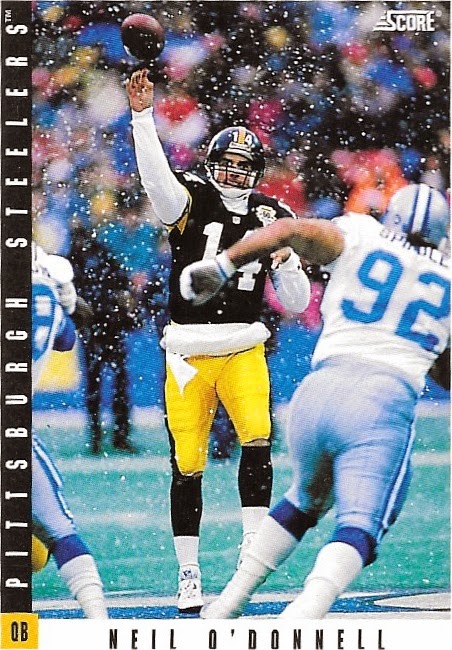 But from there, it looked like slim pickins'.  But as luck would have it, things were about to turn around. 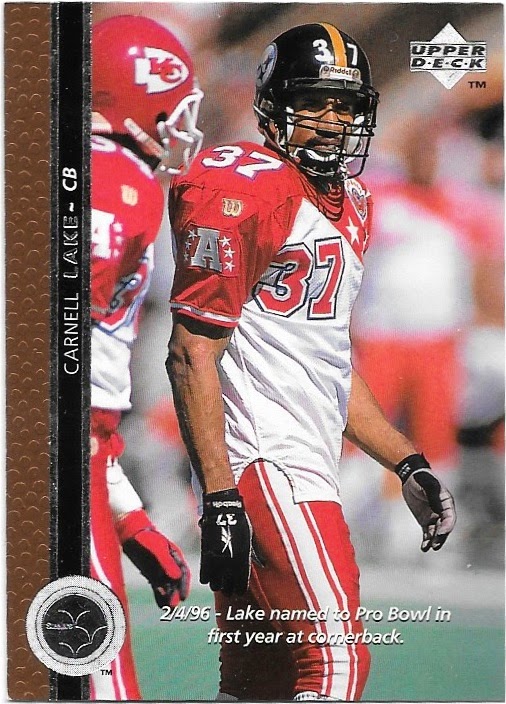 I noticed a stand with some McFarlanes and bobbleheads on the outside.  But there were 3 or 4 guys standing around chit chatting blocking the entrance, so I figured I would circle around, check out the rest of the flea market, and come back.

About 30 yards up, Kate found a vendor with thousands of postcards.  I knew we wouldn't be leaving any time soon.  She started collecting vintage postcard about a year ago.  Usually you can find a small stack here and there at flea markets.  Maybe even somebody with a couple hundred.  But this vendor had nothing but postcards.  Tables and tables of them.  Everything sorted into labeled boxes by state or subject matter.  All the PA ones were broken down by town.  And more amazingly, the prices were fantastic.  Most were priced between $.50-1.  That's usually about what you'll pay when digging through a dingy pile wrapped with a rubber band.  These were all in protective plastic, organized, and in really nice shape considering some were nearly 100 years old. 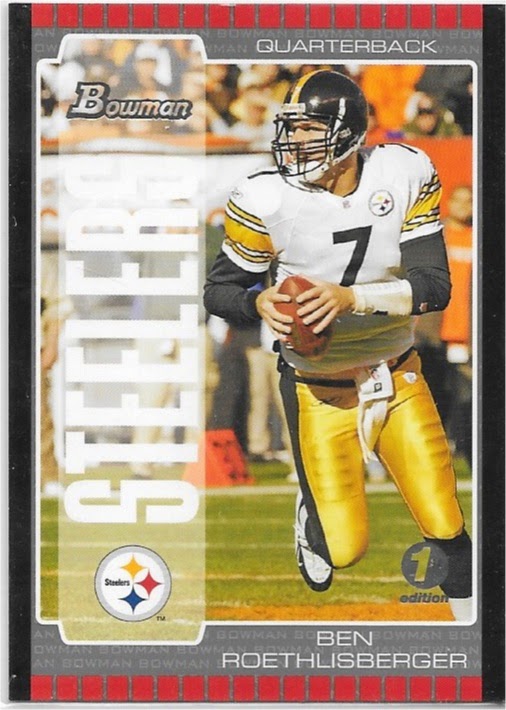 Knowing she would be there for a while, I decided to head back to the card vendor.  Things were just as crowded, if not moreso.  I was a little irritated, but didn't want to pass up a chance to at least check it out.  I saw an opening, and squeezed my way through to get to the inner area.  Luckily the lone empty spot was right in front of two boxes of Pirates, Steelers, and Penguins all marked 10/$1.  Dime cards?  Pittsburgh?  Yes please. 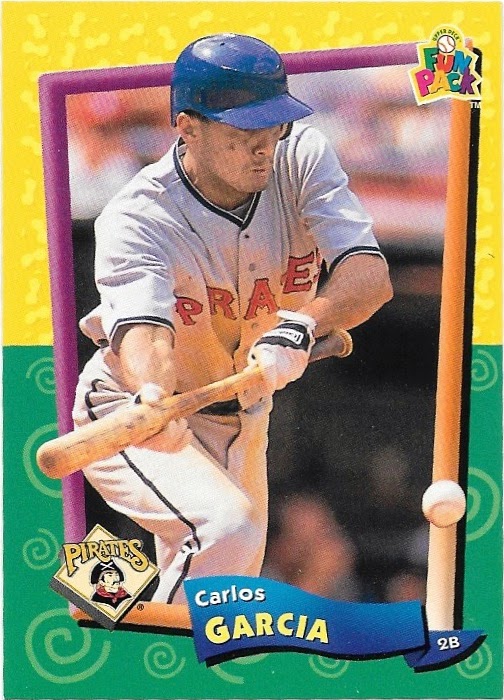 But this post isn't really about the cards.  Not really.  When I got to my "spot" in front of the box, I was admittedly pretty grumpy.  The morning plans had gone to crap, and so far the flea market was a total bust.  Now there are a bunch of people just standing around having happy go lucky chit chat while Grumpy Gus here just wants to find some damn Pirate commons.

Not my finest moment. 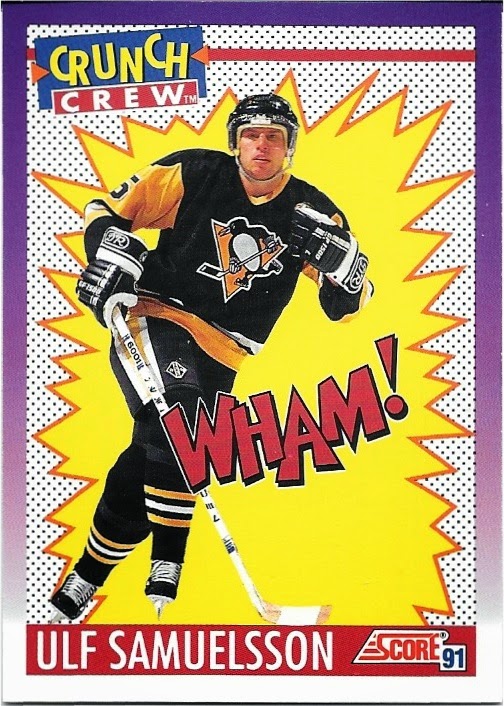 See, after a while I started to ease up.  I was finding a growing stack of new Pirates as I flipped through the boxes.  I started to listen in to the conversations around me.  The people piled up in front of the entrance?  They were busting boxes of football product.  There was a guy next to me going through boxes of football dimes and quarters chatting with the owner.

Back in November I wrote about my trip to the flea market we had originally planned on going to Sunday.  The post was about how much I missed the feeling of an LCS, and that sense of community within collecting that came with it. 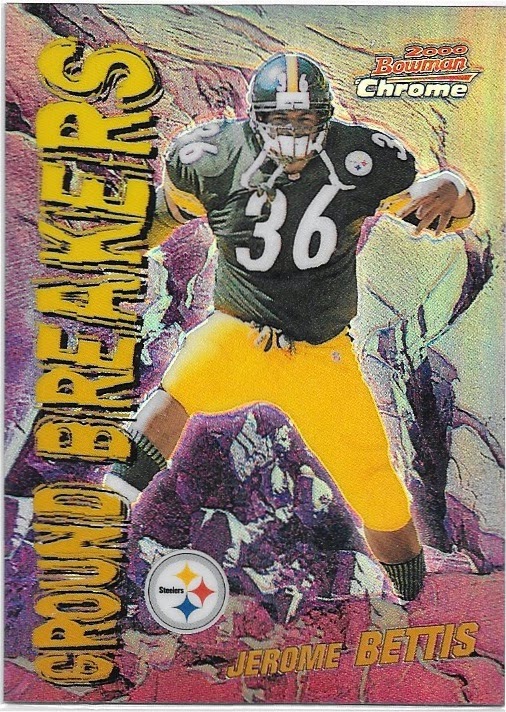 As I was standing there flipping through dime cards, I stopped and looked around.  There were probably 10 people standing in or around this stall that couldn't have been more than 10X10.  There were a couple of those open shelving units that made up the walls, and couple tables in front of them with boxes of cards.  It wasn't quite a brick and mortar card shop.  But there was excitement in the air. 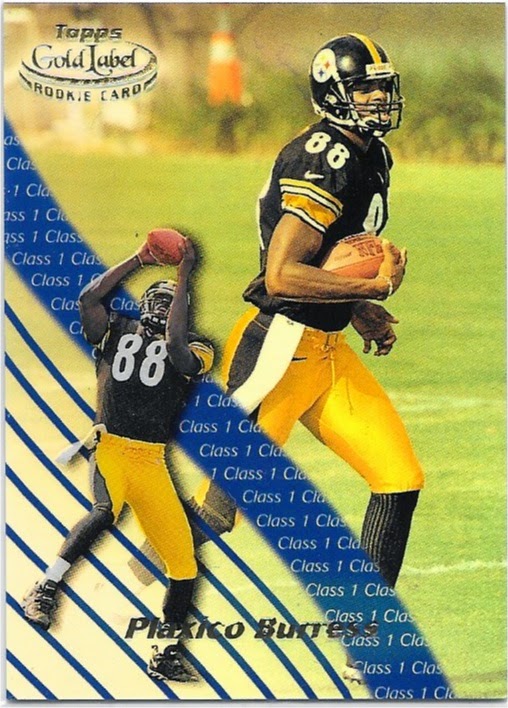 A couple guys were breaking a box of football - Bowman Chrome I think - and doing pack wars.  A little later one of them opened a box of a high end football product.  A small crowd had gathered around him as he opened the box, calling out each card as he revealed it.  The crowd went nuts when he pulled two LeVeon Bell autos in the same box, one a jersey/auto and the other a dual auto booklet with Monte Ball.  The cards were passed around for everybody to take a look at, and the owner put them in hard cases for him free of charge. 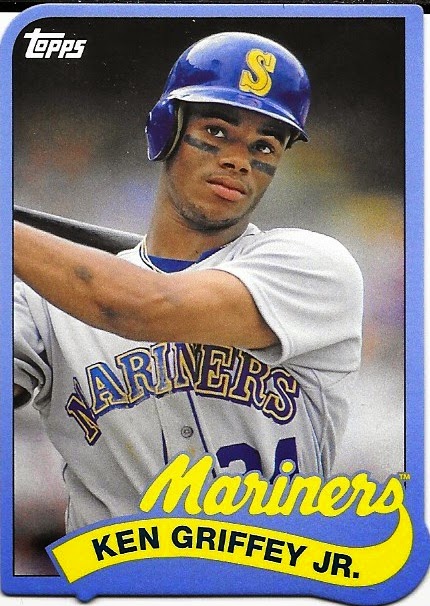 Now don't get me wrong.  We weren't reinventing the wheel or anything.  I read about thriving card shops occasionally on blogs or forums.  Most of those guys seem to get by with large gaming groups playing Magic: The Gathering or other CCG's.  I never expected to find such a thriving atmosphere for collectors in a dingy flea market 30 miles north of Pittsburgh. 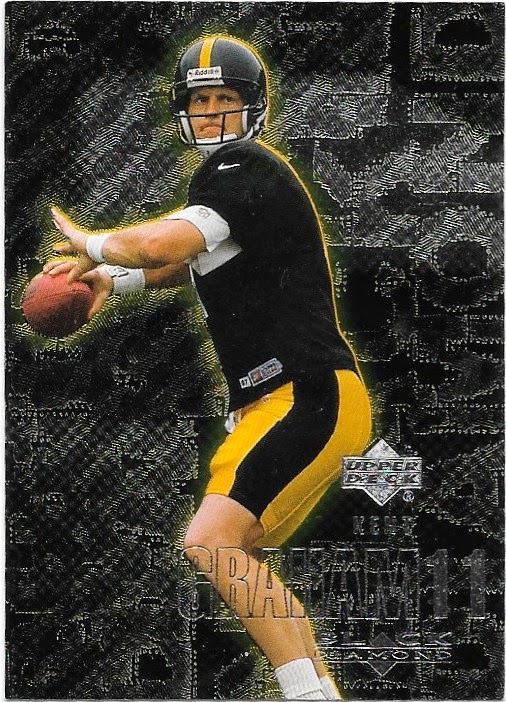 I guess part of me never expected to find it at all.  It's been almost a decade since I had anything resembling a LCS near me.  And the one that I did have through my high school years was run by an owner that has burned every bridge he ever crossed, and to whom the concept of small talk was entirely foreign.  It was come in, give him your money, and get out so he can watch tv.  Not exactly the kind of atmosphere where people are hooting and hollering over a big pull. 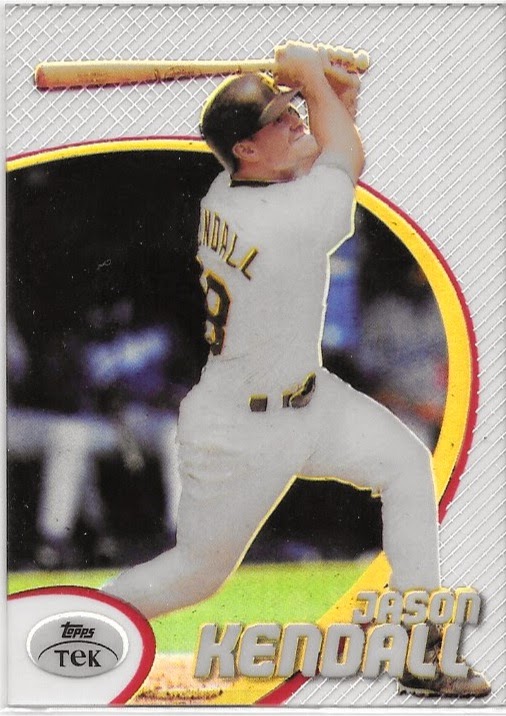 Oh and things didn't go so bad for me either.  I came away with about 170 new cards, 120 or so Pirates.  And it wasn't just your run of the mill junk base either.  Better yet, the owner Ken gave me everything for a cool $11. 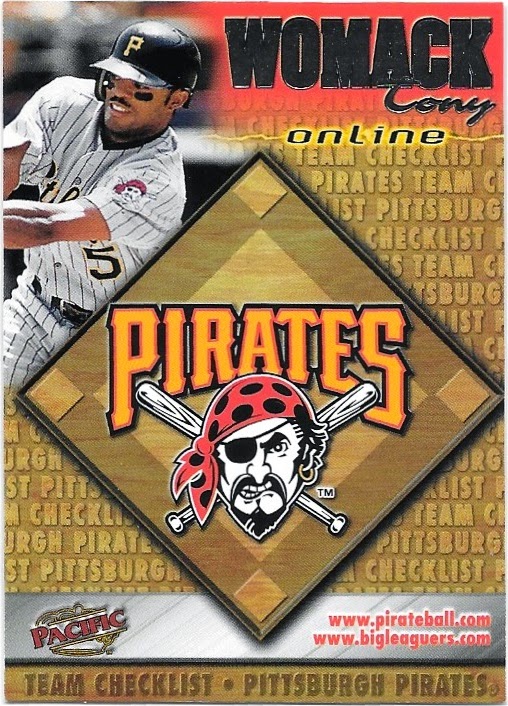 It was so refreshing to see that kind of atmosphere.  So much of this hobby feels disjointed, split between the good old days and a more chilling changing reality for the hobby.  And one great place doesn't change that.  But it was fun to see people getting together, bullshitting about their brackets and the Pirates offseason moves, and just enjoying pulling some cool cards. 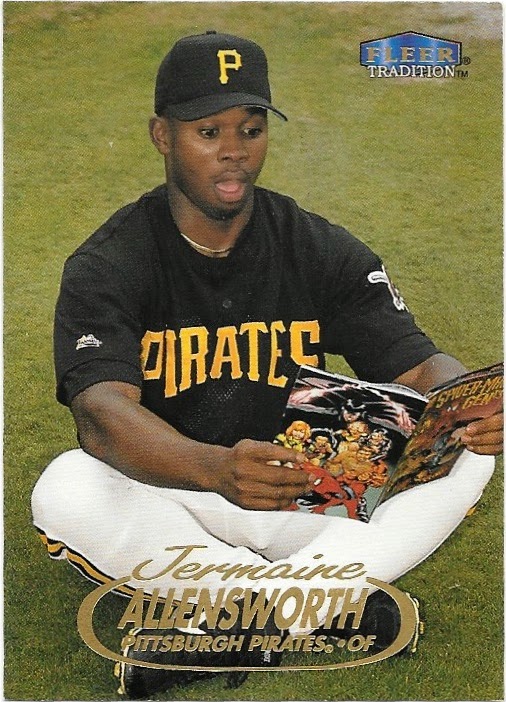 The craziest part?  I didn't even have a chance to check out anything aside from the Pittsburgh boxes.  I ended up wrapping up things a little early since Kate had finished her postcard dig (I'll post some of those later - there are some awesome pickups, and even a couple baseball related ones), and I only had the cash in my wallet, since I had planned on stopping at the bank had we gone to the other flea market. 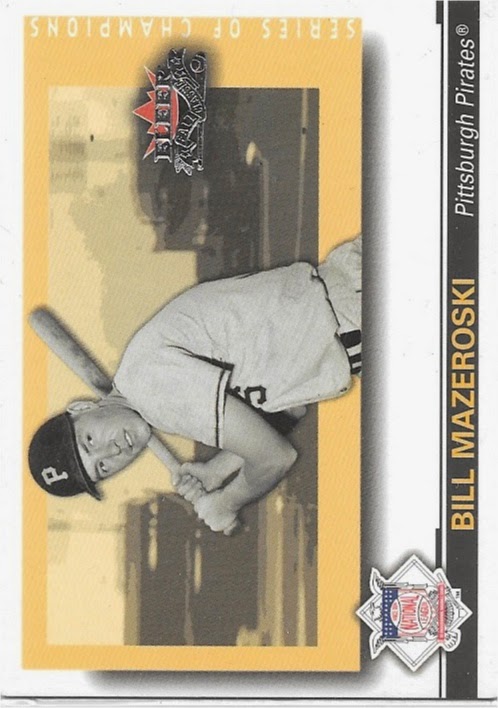 There were a couple dozen boxes I didn't get to look at, and Ken had a pretty nice selection of sealed wax and packs that must have been fairly priced at the rate people were opening them. 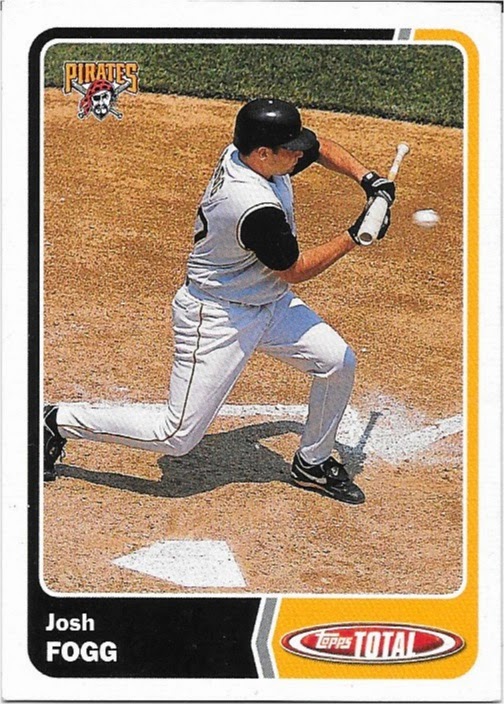 Ironically enough, the guy standing next to me looked familiar.  As my Grumpy Gus faded, we started chatting.  He even sounded familiar.  And then I placed him - we had gone to college together, and had a few poli sci classes together. 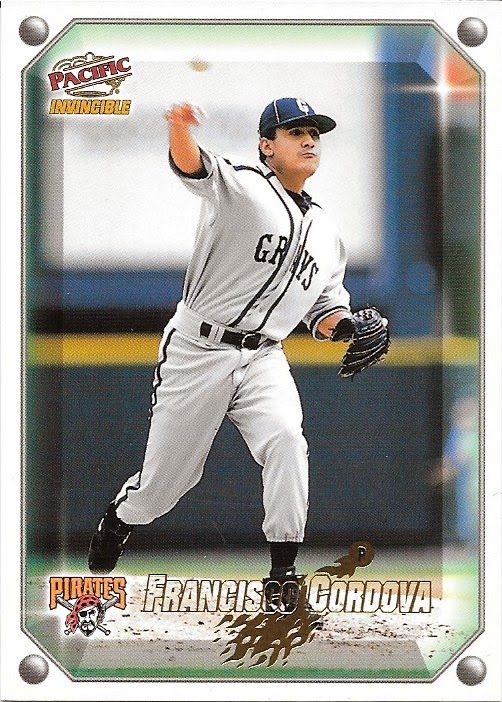 For what had looked like a busted day, Kate and I both found amazing spots for our respective hobbies that are literally about a mile up the road.  And we never would have known about them if not for some last minute backup plans.  I'm planning to head back to the flea market next Saturday solo, so I can take my time checking everything out.  I'm excited to hopefully meet some new collectors in the area, and even more excited to finally have something even vaguely resembling a cardshop so close nearby. 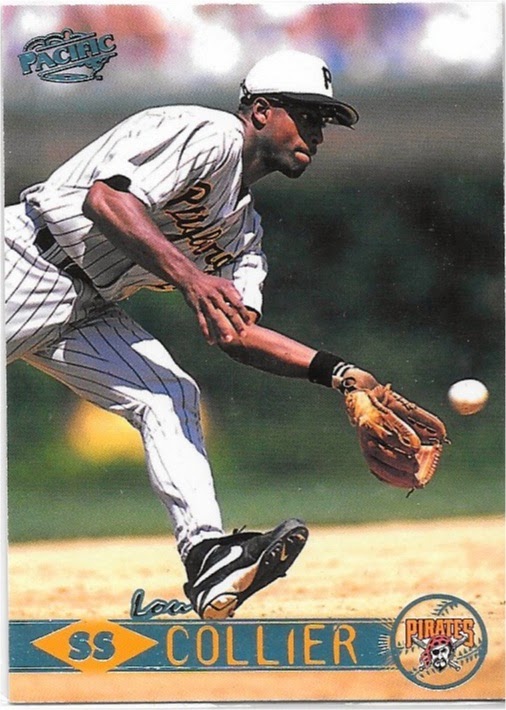 And the icing on the cake?  I plucked this Lou Collier card out of the dime box.  It's the Platinum Blue version, which fell 1:73.

I can't wait for Saturday to roll around to see what else I can dig up.
Posted by Mark at 12:15 PM