I'm pretty methodical about my card shopping.  Maybe a little too much so.  On family vacations, I would always be in the back seat with my drawstring bag holding my portable cd player and a few cd's, a couple books to read, and a printout of the location and a map to just about any card shop within a 30 mile radius of the route we would be taking thanks to Topps' old Hobby Shop Locator.  And my wonderful parents were usually kind enough to indulge my insane thirst for cardboard with a trip to a couple card shops that were along our route.

I've always been to have incredibly patient and loving people in my lives.  Saturday morning was mapped out with military precision.  We were heading over my parents' to make chocolate covered eggs with my mom using my grandma's recipe.  It was a family tradition that every year grandma would make these flavored eggs, and this would be the first time we would be making them on our own since she died.  But on the way, Kate and I had stops planned at a flea market and then driving 10 minutes out of the way to hit a mall show before going over my parents'.  Just the way Kate wanted to spend Saturday morning, I'm sure.
I knew pretty quickly the show was going to be bad.  It's the same promoter who runs the shows I have gone to the past two months at a mall closer to my parents.  Unfortunately, different mall, same dealers.  I had found some great cards at the flea market just minutes earlier, but it was still a little disappointing.  Though I'm sure Kate didn't mind the fact that I wouldn't be there too long, since she has been trying to cut back on clothes buying and having to kill time in a mall isn't the most conducive way to do that.

As I walked the line of six dealers, there was only one new face from the usual crowd.  I was thrilled to find a box of 1993 Studio for just $5. 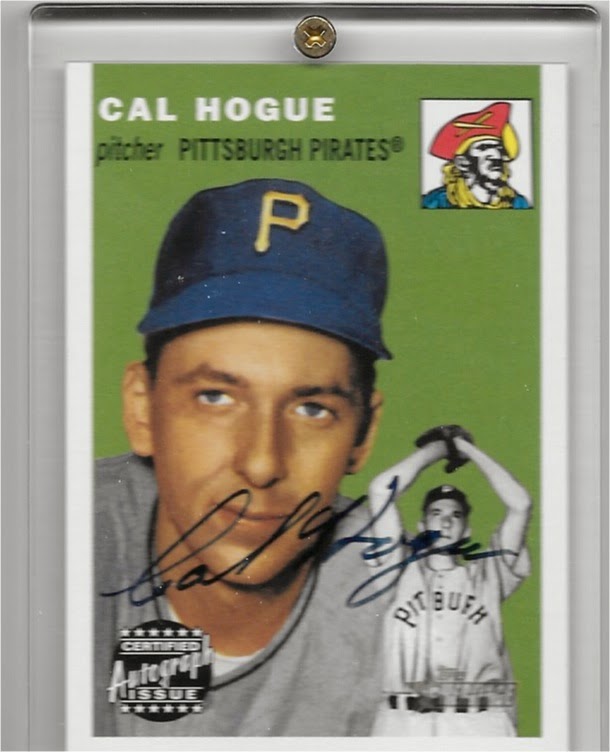 As I was waiting for him to count out my change, I looked down at his display case.  I'm not usually a "display case card" kind of guy.  My buying is usually more firmly cemented in the discount boxes.

But I spotted this Cal Hogue Heritage Real Ones auto sitting with a $15 price tag.  I asked the dealer if he could do any better, and was a little shocked when he said he could do $10.

The early Real Ones autographs have become damn near impossible to find.  The signature is a little darkened, but I can't be picky on such a tough find.  I have been trying to get a copy since about 2005 or 2006 when I started a project to collect an autograph of every Pirate who had a certified autograph at the time.  That project eventually snowballed out of control to my 14,500 card monstrosity of a collection.  But the Hogue auto has always been elusive.  Hogue was a good TTM signer before his death in 2005, but I didn't get a chance to get his auto on one of the various Archives preprint sets he was a part of.  And even then, the Heritage auto was a tough find, with autographs falling far less frequently than do in today's Heritage cases.

I definitely got a good deal, and perhaps even better than I had realized.  I couldn't find any copies listed on ebay or any completed sales.  A copy with an unfaded signature sold for $35 on COMC.  But I'm just thrilled to cross off a card that has been sitting on my want list for the better part of a decade. 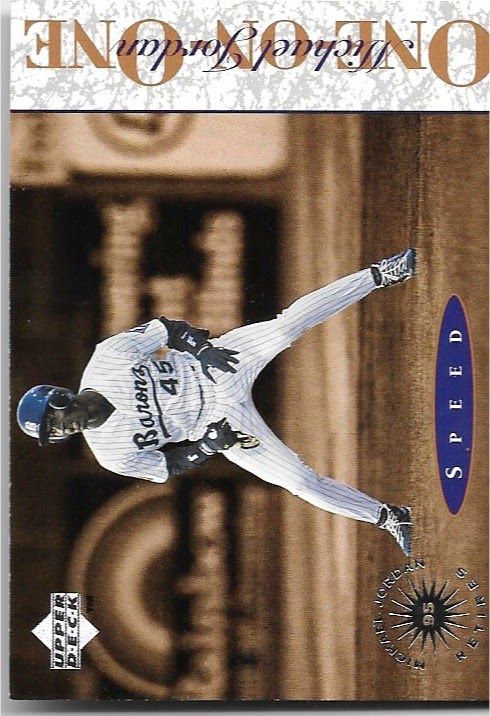 And of course it wouldn't be a card show without at least a little dimebox digging.  I stopped by the boxes of the guy I bought my monster box of Pirates off of last time.  It looked like largely the same inventory as the past two months, but I did find a few new additions.  There was a large stack of 2000 MLB Showdown cards.  I never played the game, but have been wanting to buy a starter set for a year or two.  I picked out about 30 different cards, hoping to give myself a little variety if I ever do decide to play.  Yes, I realize I'm about 13 years late to the party. 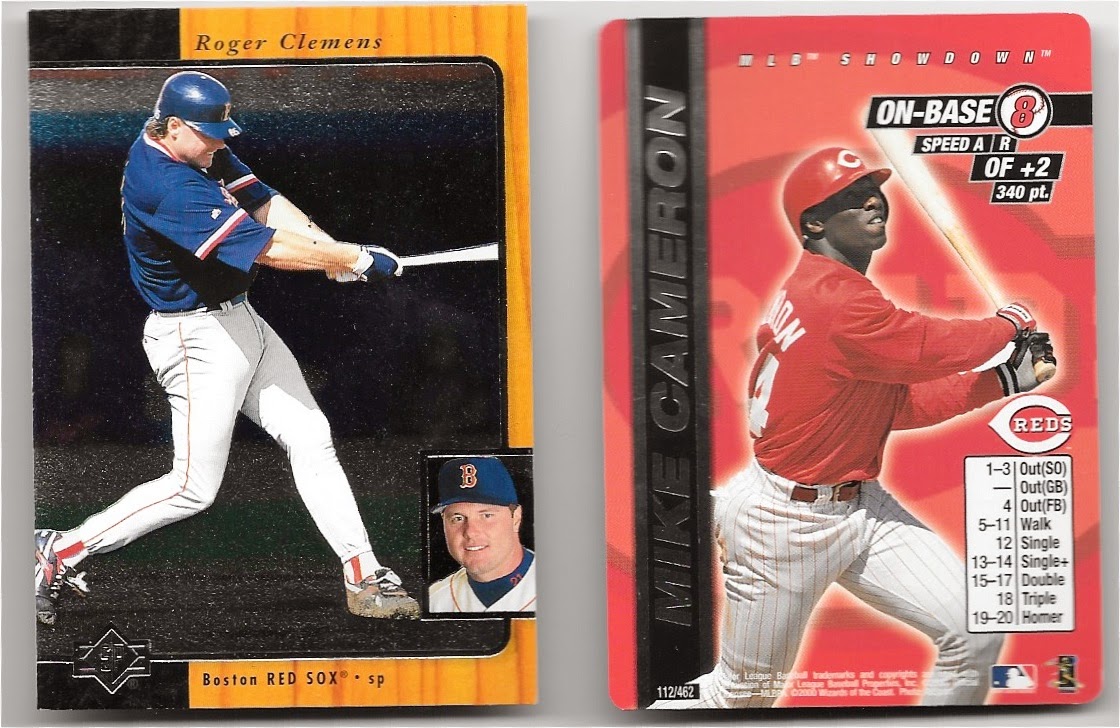 I had a couple really positive card buying experiences this weekend at flea markets, which I'll save for their own post.  But card shows?  Maybe the mall show is dead.  Or at least around Pittsburgh.  I don't know.  But looking around as I walked past the cases of the same dealers with the same tired inventory made me wonder if there was another way. 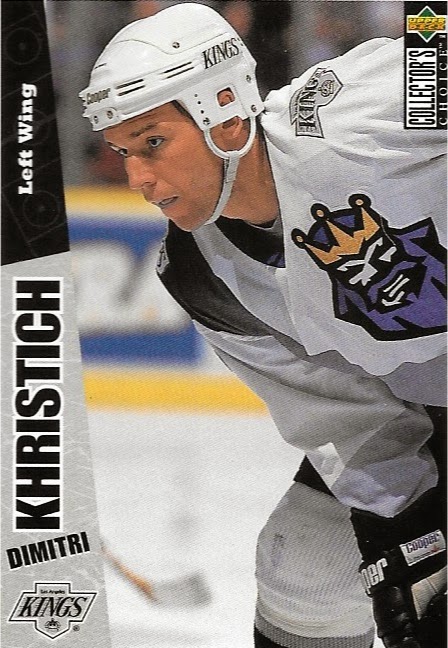 Granted the mall wasn't the best venue.  In the last 4 months the mall had a gigantic brawl with dozens of teens fighting and a shooting, both of which made national headlines.  I'm sure that has impacted foot traffic.  But the shows around this area just generally lack any kind of reference point to the realities of this hobby. 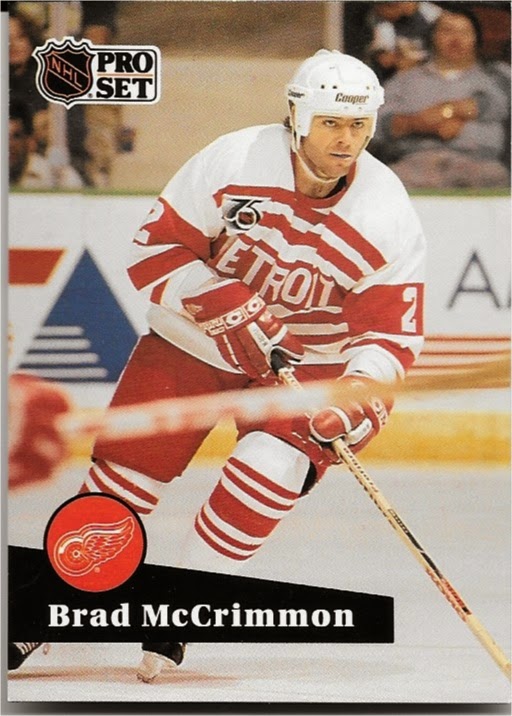 When I was living in Ohio, the monthly show in Dayton felt like it was largely in step with the pulse of the hobby.  There were dime boxes and vintage dealers, guys peddling nothing but a table of high end autos and patches.  But there were also two or three dealers who could always be counted on to have singles of the latest products, priced in line with what the cards were actually worth.  When Heritage hit, commons were instantly available for a dime and most dealers had their short prints out at $2-3 each.  A product like Donruss would have common parallels in boxes for $1-2, the lower end game used and autographs priced reasonably, and a full array of lesser cards to pick through. 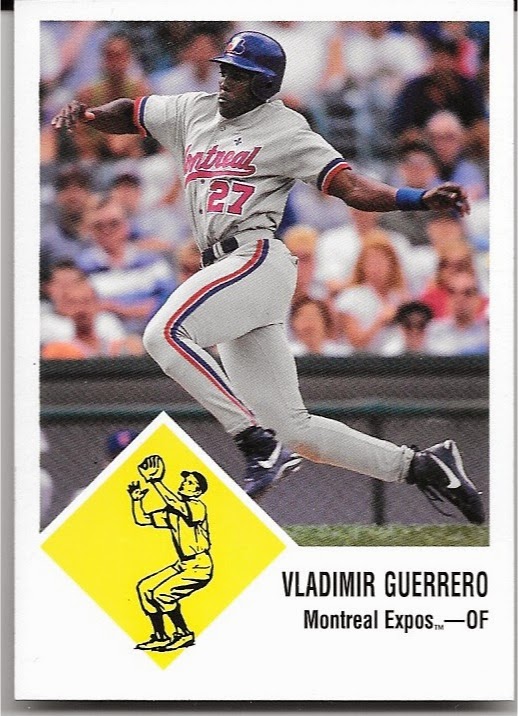 I found a dealer with some Donruss and Heritage at this mall show.  Short prints were priced at $10.  Purple refractors at $5.  Most of the Donruss cards were priced at $5 as well.  Sure, you might get the occasional sale to the passerby who wants to buy his son a card of his favorite player and doesn't mind throwing $5 or $10.  But I never see any collectors buying.  I never see the table so packed you have to wait 15 minutes until you see somebody walk away and a spot open up. 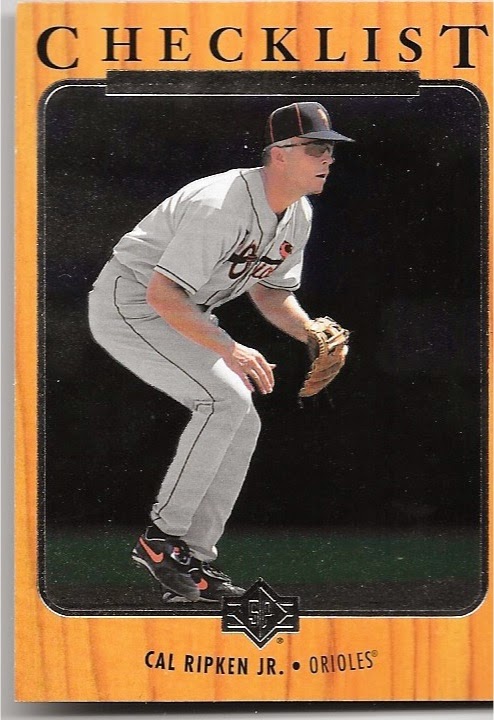 I know those guys in Ohio made money.  I set up alongside them a few times, and they were pretty friendly in conversation about their strategy.  I had a completely different kind of inventory, and also bought from them often for my own collection, so they probably didn't see me as competition.  I want to support local shows.  I like digging through boxes, and want to see those opportunities continue to exist.  But this promoter is scheduled to hold shows every month, alternating between malls.

I'd have to be an idiot to go back next month, knowing I'll have to drive almost an hour to pick through the exact same boxes I did this month.  And walk past the same showcases as the month before.  Most of the dealers I talk to grumble about how a lot of people in this area are getting out of the hobby.  How it's not worth the time and energy any more.  But what incentive do buyers have to drive to a show to see the same overpriced and repetitive inventory month after month?  If you don't turn over inventory and stock fresh product, I have little incentive to spend a dime with you, or even look at your table.  That Ian Snell autograph I decided wasn't worth $8 in 2007?  Yeah, I still don't want to pay $8 for it today.

I know I've given variations of this same rant a few times on the blog.  But it was both frustrating and telling to come home from a weekend of card buying and have a stack of about 500 cards on my printer, only maybe 40 of which came from the most logical and likely place to find baseball cards I wanted to purchase - a baseball card show.

But that Heritage auto?  That made it all worth it.  I'd be an idiot to go back next month.  But I may in fact be an idiot.
Posted by Mark at 11:15 AM