I was going through the piles of stuff that cover what I used to call a desk, and realized I had missed sharing one of my favorite new additions.  During one of my recent flea market hunts, I came across a vendor who had a ton of signed photos and cards.  She had owned a memorabilia store in a mall years back, but at this point was just slowly trying to clear out inventory.  I picked up a few cards that have disappeared into one of my many boxes.  But the real finds were the signed photos. 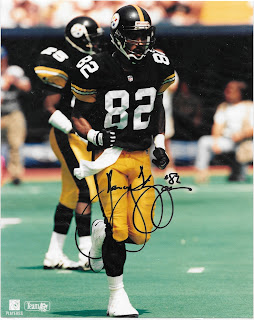 I'm typically not a big fan of signed photos.  Cards are easier to store and I can slide them into my binder pages for easy access.  And while I could eventually see myself getting some of my nicer photos framed, the likes of Paul Maholm or Brad Eldred aren't really wall-worthy.  Still...nostalgia!

At 3 for $10, I ended up bringing home six signed photos.  Most were backup Steelers from the mid 00's.  But there were a few gems.  The top photo is former Steelers wideout Yancey Thigpen.  Thigpen had a couple of excellent seasons for the Steelers, but his career quickly fizzled out after leaving Pittsburgh. 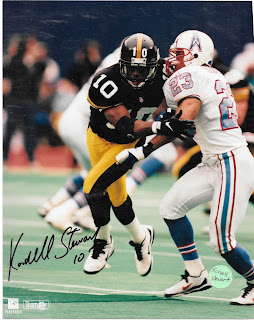 And how can you not love Kordell?  He was the player every kid in my area idolized, and I proudly wore my Kordell jersey while playing backyard football with my friends.  The signature looks like it is probably from earlier in his career, which would make sense with a photo from his Slash days. 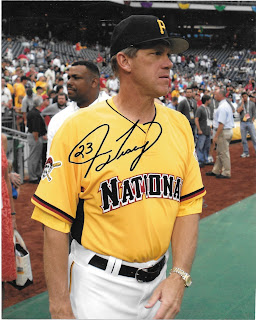 Jim Tracy doesn't exactly give me the warm and fuzzies, doing an atrocious job with some pretty bad teams.  But...2006 All-Star jersey!  Yep, I spent $3 cuse I like pretty jerseys.  Are you surprised? 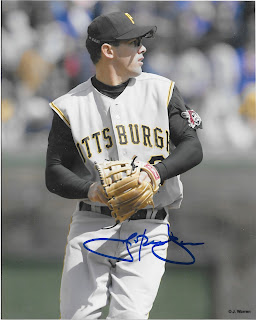 And finally, one that might actually find its way to a wall.  I have a nice pile of Jumpin Jack Flash photos, but I really like the look of this one.  And you can never go wrong with an autograph of your favorite player.