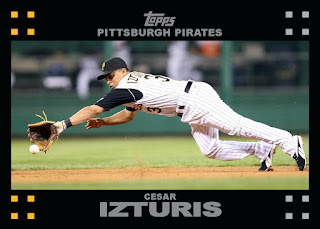 Everybody handles stress differently.  Some rise to the occasion.  Others wilt under the pressure.  Me?  I'm a procrastinator.  And while I consider myself pretty good at coming through in the clutch, when there are also less urgent things doing on I tend to...well, ignore them.

And blogging sort of fell into that category for the last week.  Things have been crazy around here lately.  While I absolutely love my job, one of the drawbacks to working in the education field is that schools don't exactly work on a flexible calendar.

If it's not in the budget in February, you're persona non grata come September.  So you basically get to wait another full year before you try again.  So the last couple weeks were a whirlwind of driving around, meeting with school districts and trying to hammer out who was interested in working with us for next school year.  Add in the fact that PA has yet to pass the 2015 state budget (yes, you read that right), and that school districts may be shutting down since they can't make payroll and it's a heck of an adventure. 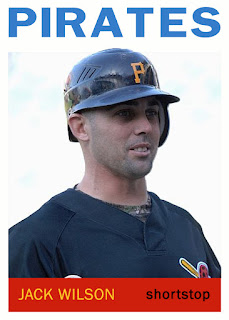 Throw some house hunting into the mix in the free hours that remain, and yeah...I've pretty much started ignoring everything else. 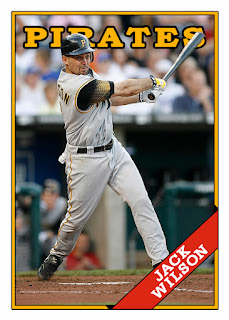 So when I had some free time this weekend while Kate was at a wedding shower, I made the most of it.  And by that, I mean I camped out in front of the computer and made baseball cards. 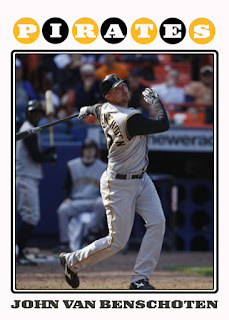 Customs have increasingly become a larger part of my collecting identify.  But they've served another purpose lately.  I've tried to completely cut out any unnecessary (aka fun) purchases for the next few months until we find a house we love.  We're looking for something that has some older charm.  But that also means older...everything.  So I'm expecting that the extra funds will be needed for the less necessary but very desired renovations on this future house.  And even though I'm a low end collector, $3, $5, and $10 here and there adds up pretty easily. 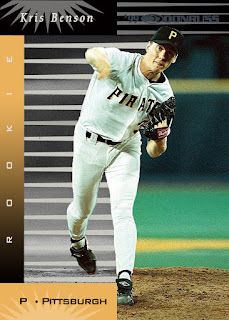 But I can't shake the collecting bug.  So I've resorted to making my own cards...you know, even more than I already did.  And while the photo paper and ink isn't free either, it's been a heck of a lot more cost effective. 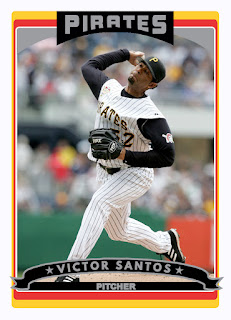 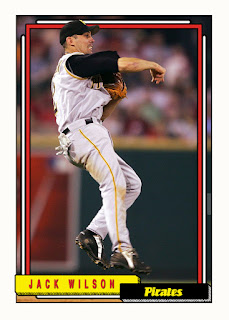 I'll be plugging away at more of my Topps Update Update sets and my quest to make my own Jack Wilson Archives set.  But in the mean time, I do have some actual baseball cards that have crept into my mailbox thanks to some great collecting friends.  Now I just need to clear my mad scientist card creating supplies off of the printer so I can actually scan them. 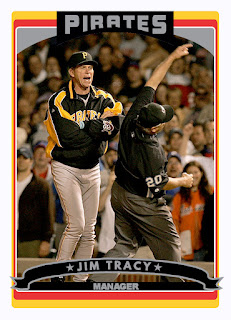