When the design mockups for 2016 Topps came out, I was a little crushed.  I wasn't a fan of 2015 Flagship, with its busy design and photoshopped photos.  And then 2016 moved the needle a little further.  Rather than looking like a baseball card, it felt like a graphic you might see on ESPN.  And I don't mean that in a complimentary way.  The hazy smoke.  Touched up photos.  And...what is up with all the bars and gradients? 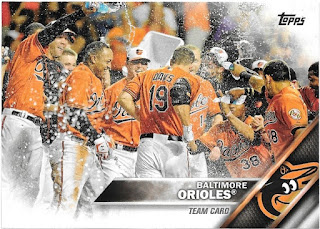 But give it a chance, I said.  I'm not a glass half full kind of guy.  But I try to be one from time to time.  Lots of Topps designs don't look great as photoshop mockups, but once you add in the foil and accents, the real thing doesn't look as bad. 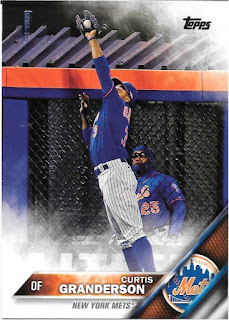 We were at Target over the weekend, and I just couldn't resist.  I had to grab a hanger pack and see what they looked like for myself.  And then I was crushed.  Really crushed.  Gone is the customary foil, which I thought might be able to save the design-crazy logo and name areas.  Sure, there's a little speck that makes up the Topps logo at the top.  But for all intents and purposes, these are Opening Day cards.  And where there's smoke, there's fire. 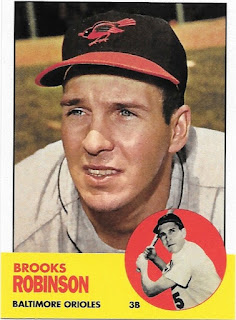 While I used to love reprint sets 15 years ago, they just feel tired and overdone.  Like so many of the tricks in Topps wheelhouse.  Thanks for reminding me how much cleaner cards looked in 1963.  Maybe I should just spend my money on vintage sets.  Good idea, Topps. 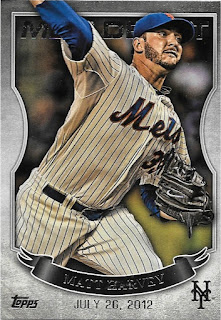 Overall, the inserts were underwhelming.  Which was disappointing, since in past years I have really enjoyed most of the Flagship inserts.  Again, a little too much going on here, and while I loooooove flashback cards the focus on the young stars of the game just seems so misplaced here.  Like the 1st HR cards last year, a debut card is cool.  Except when that debut came just a couple years ago.  A 2002 debut?  Cool beans.  2012?  Call me again in 2023. 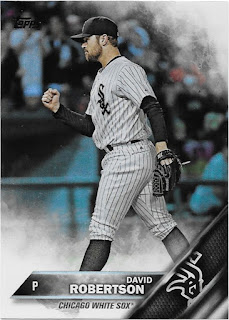 The rainbow foil cards are back this year, and hopefully not as impossible to find as last year.  But I'm so over the Topps parallel palooza they've paraded out in recent years.  I loved the sparkles, and cognacs, and even the emeralds.  I started slipping with the red foil.  And rainbow?  Couldn't care less.  Though with this design I do think they could give some of those Yu Gi Oh monsters a run for their money. 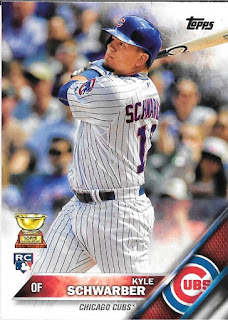 Oh hey, a rookie!  Wait...a rookie who also made your All-Rookie team for last year?  Oh...nevermind. 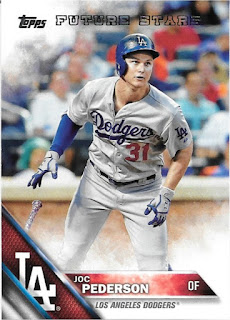 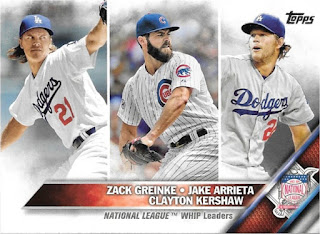 I just can't muster the energy to care.  Maybe Stadium Club can save the cardboard season for the third year in a row.  Until then, wake me up when Topps goes back to making baseball cards that look like baseball cards.