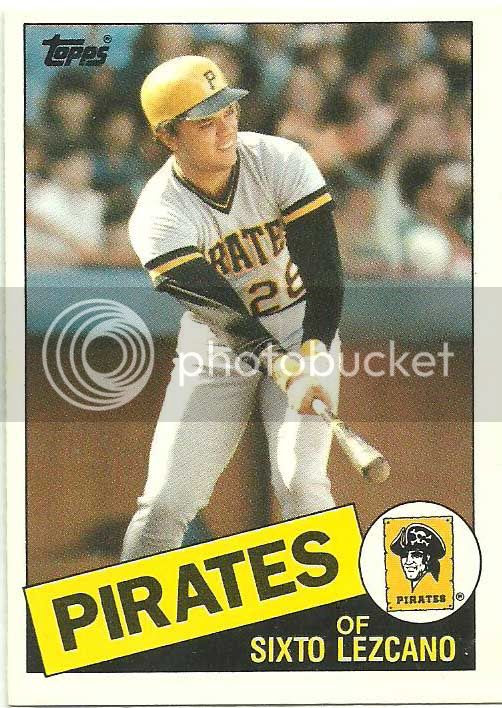 Just a friendly reminder that the skylines contest that started yesterday will be running until tomorrow, at which point I'll random off a few winners.  Help me clear out some cards, people!

I consider myself a pretty laid back collector.  It's a hobby, and while there are from time to time things (or people) who make my blood boil a bit, I try not to take the hobby too seriously.  After all, doesn't it stop being a hobby at that point?

But one thing that really does irk me are doubles.  Being a team collector, doubles are unavoidable.  There are just too many cards to keep track of with the 'ole mental rolodex, and even the most organized of collectors (which I am not) will end up with their fair share of extras.  And having just crossed the 11,000 mark in my Pirates collection, I can assure you I have doubles.

Boxes of em.  Right now I think I have around 3 monster boxes full of doubles.  Now of course those weren't all errant single card purchases.  I've bought my fair share of sizable team lots.  And when you're buying a 2,000 count lot, it comes with the territory that most of the cards will be doubles.  If I hit a couple hundred new cards out of a lot that size, I call it a good day.  But then what do you do with the extra 1,800 cards?  Into the box they go!

But the thing is that it's not just commons that are getting doubled up these days.  Numbered cards, inserts, and those damn sparkly Topps parallels.  There's just too much to keep straight.

As I entered my latest justcommons purchase yesterday, I realized I had picked up a double of Sixto Lezcano's 85 Topps Traded card.  Oddball cards and boxed set cards are the toughest to keep straight.  It seems like every traded set is either missing a card or two, or I only have a card or two.

The thing that bugs me about cards like the Lezcano isn't the dime I wasted on the card, but the simple fact that I unknowlingly created yet another double for myself.

But the biggest question - what to do with it?  While I have lots of cards to move, I don't see it being worth the time and cost to set up at a show.  I don't have much higher end stuff to sell, and while we in the blogosphere seem to love dime and quarter boxes, they aren't nearly as popular in this area.  Sell them as a lot?  Not much demand going that route either.  And of course I could always donate or pitch them, but the hoarder in me says puts that baby to bed real fast.  And of course I've been able to thin out a few cards here and there in trade packages, filling in some quirky cards for mini collections for some great bloggers.

So if anyobody wants to trade for some Pirates, let me know.  I'm well stocked.