Another Weekend, Another Stack of Flea Market Pickups

Somehow the best and worst thing possible was discovering my flea market gold mine up the road.  I keep finding my way back there every weekend, and somehow cardboard keeps finding its way into my car when I drive home.  It's becoming a vicious cycle.

My real purpose was picking up the Malkin auto I posted yesterday.  But to make the grueling two mile drive, I had to stick around and see what else I could find.  I spotted a few boxes that looked new from my last visit and dug in. 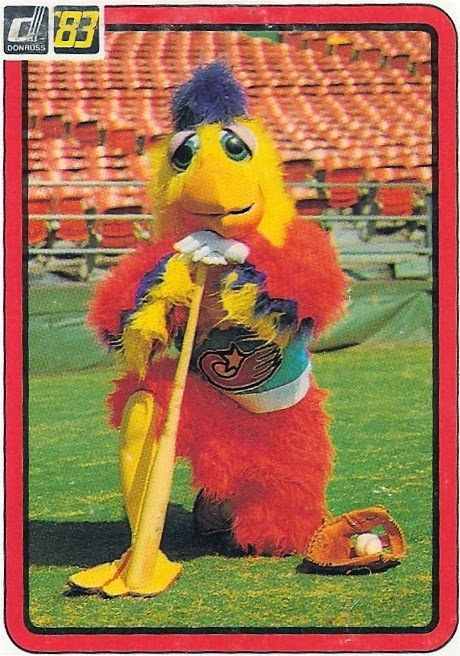 When I hit the San Diego Chicken card off the bat, I knew it was going to be a good dig.  I've been looking for this card for years without finding a copy. 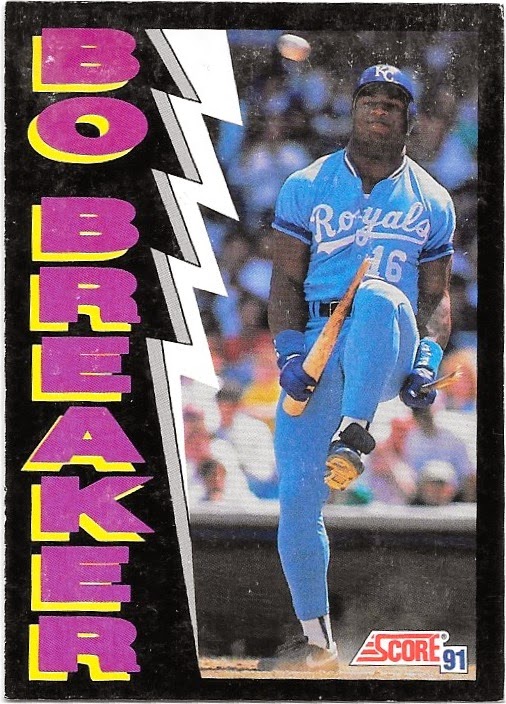 At a card show, you're dealing with a finite period of time to get through as many cards as possible.  And there's just something in my psyche that needs to make that process as efficient as possible. 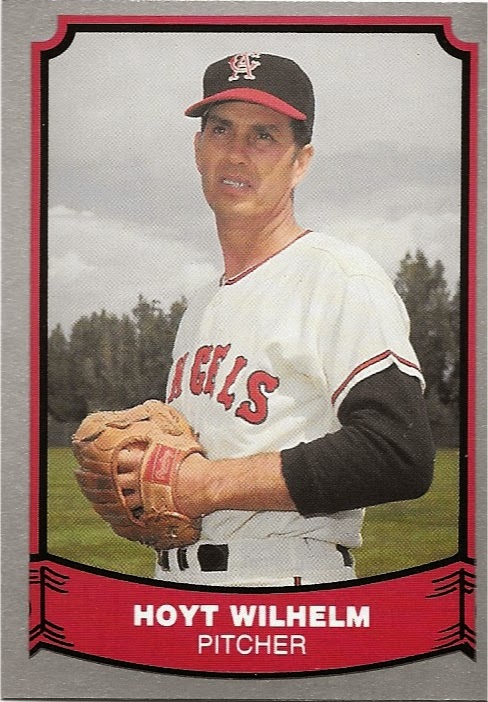 The process has served me pretty well over the years.  There have been more than a couple occasions when I'm going through dime or quarter next to a guy who is clearly buying to flip.  Me?  My want list is usually pretty simple - Pirates, and anything else that looks really cool.  But flippers?  They'll grab anything and everything that they can sell for a cent more than they paid for it, or so it seems.  I ran into a guy at the Robert Morris show last year who was going through dime boxes and stripping out anything that wasn't a common - stacks and stacks of purple Bowman cards, or common parallels from sets like Turkey Red.  This guy was the quickest I've ever seen, flying through entire boxes in a minute or two.  I had to up my game to beat him to the few remaining boxes he hadn't completely gutted. 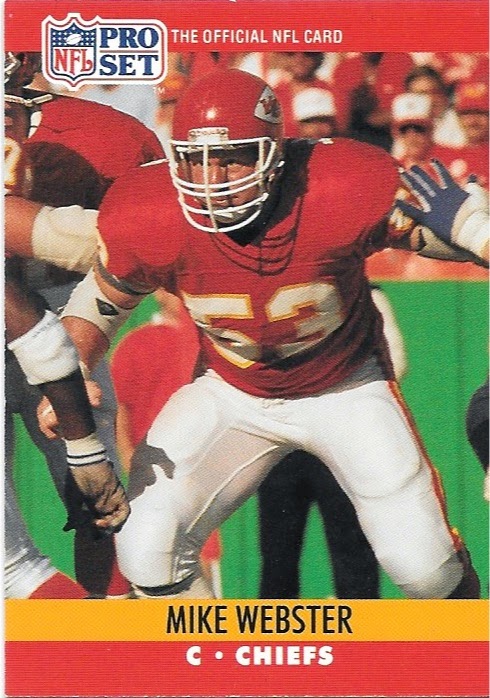 But I certainly don't mind taking my time on the way through a box.  This Mike Webster card immediately caught my eye, and on a faster pass I'd have probably simply overlooked it as an ordinary Pro Set card.  The 70's Steelers teams played some of the best football of their era, but most of the players rode off into the sunset of their careers in less than ceremonious fashion. 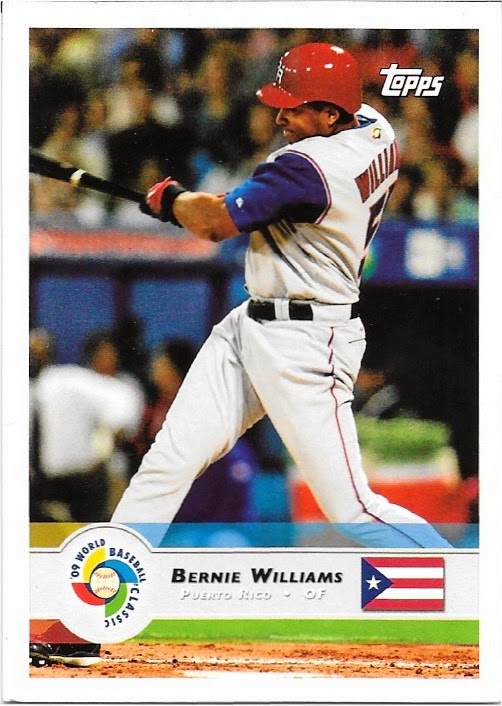 In chatting with Ken, I learned that these boxes had come from a card shop at the nearby mall whose owner decided to get out of things.  And by mall, I mean this place has like a dozen stores.  Did I ever mention how much rural malls terrify me?  We'll save that for another day...

There were some real gems in the boxes.  I picked out nearly a full team set of Pirates AA affiliate Altoona from a couple years ago, though it looked like all the cards had been stuck together and had paper loss on the fronts.  There were also a few of these WBC cards.  The Bernie Williams was of particular interest, since Bernie had briefly come out of retirement to play in the series. 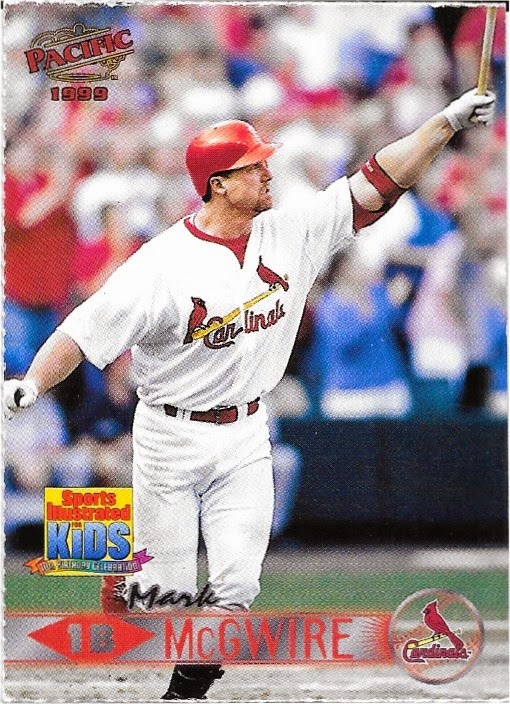 Same can be said of the quartet of SI for Kids cards I found, all of which were in designs of various Pacific and Fleer sets.  Neat oddball issues. 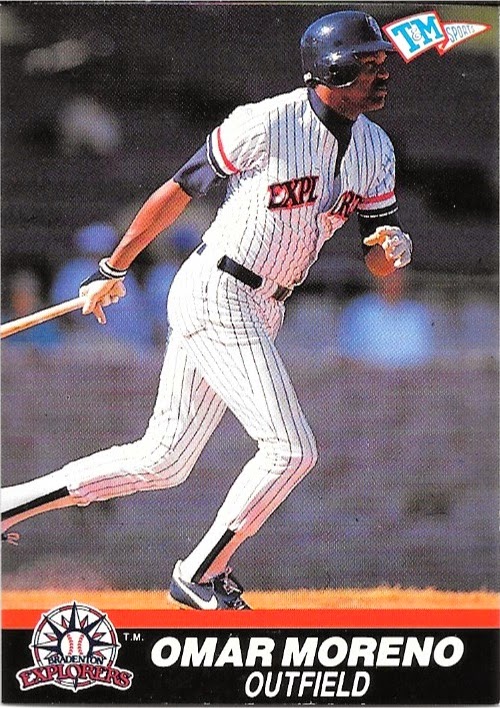 You never know what you'll find in a dime box.  But the adventure is half the fun. 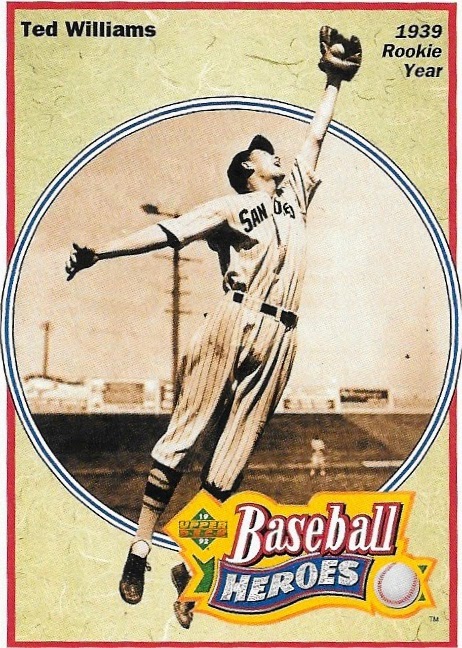 Sometimes the pickups fit into one of my various player collections or mini collections.  Other times, they simply end up in the miscellaneous binders that I have grouped by team for all of my autographs and anything else that I may deem binder worthy.  And Ted Williams in his San Diego uniform?  Definitely binder worthy. 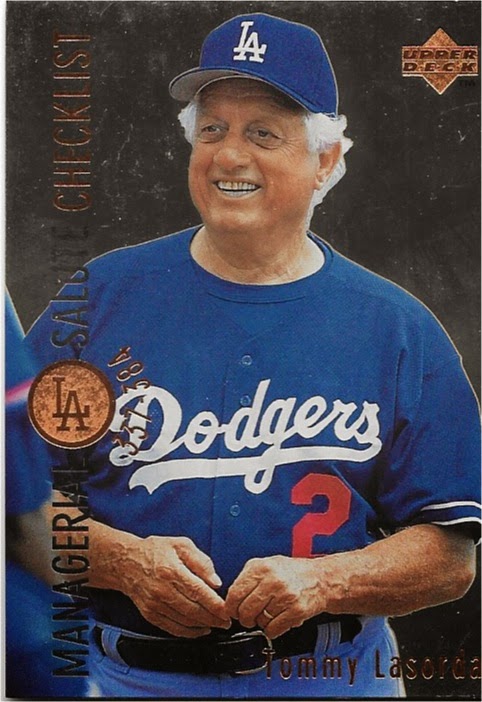 As was this trio of legendary managers I came across.  I swear Tommy Lasorda had white hair for eternity. 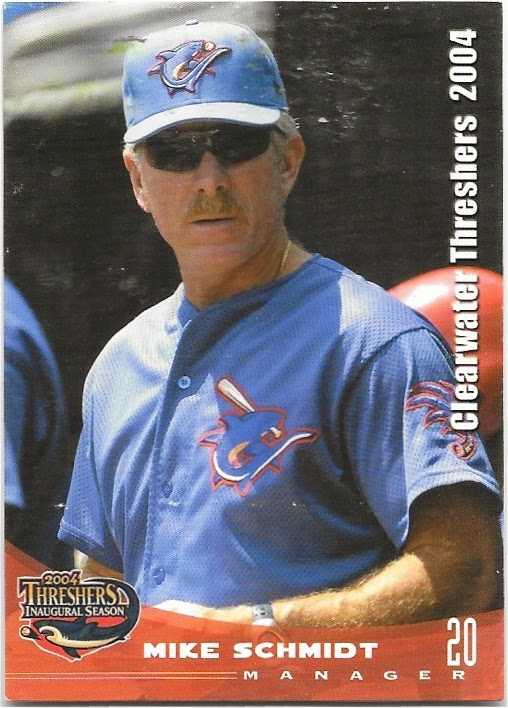 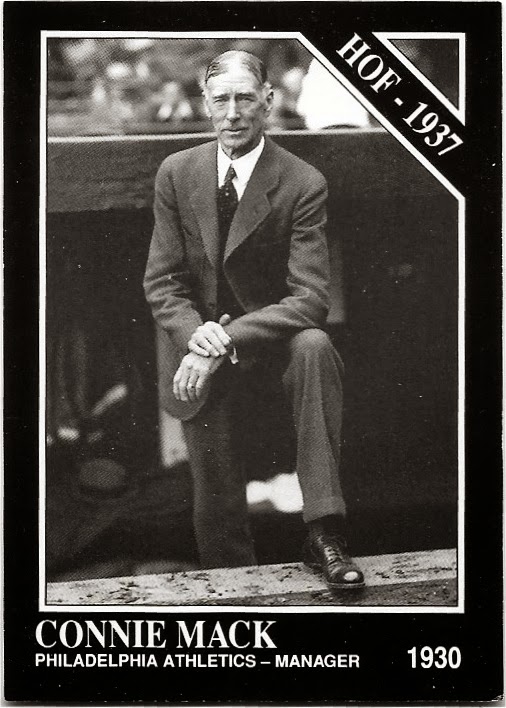 And of course nobody can top Mr. Connie Mack.

In all, I plucked about 80 cards from the dime boxes, including about 30 new Pirate cards.  But I wasn't done quite yet.

I decided to flip through some of the higher end stuff available - mostly game used with a few autos.  I had noticed a couple cards last time that I was having second thoughts on passing on. 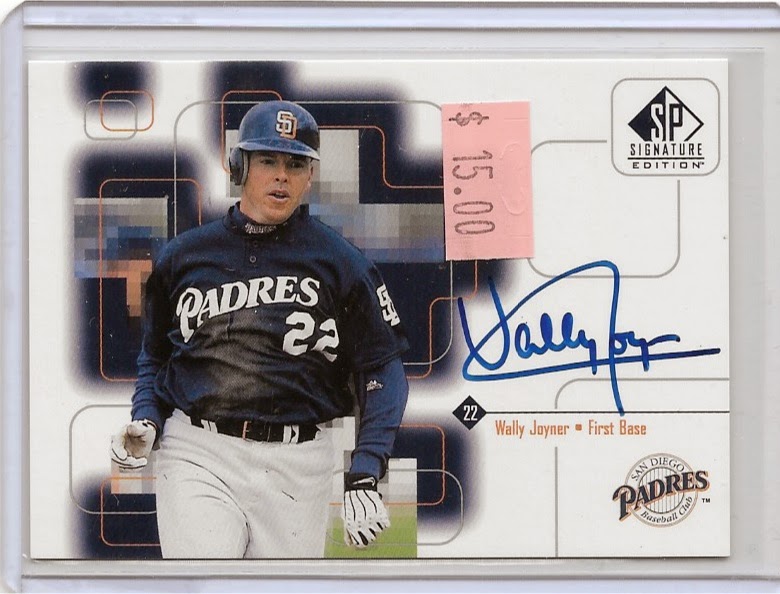 Fortunately they were both still there. 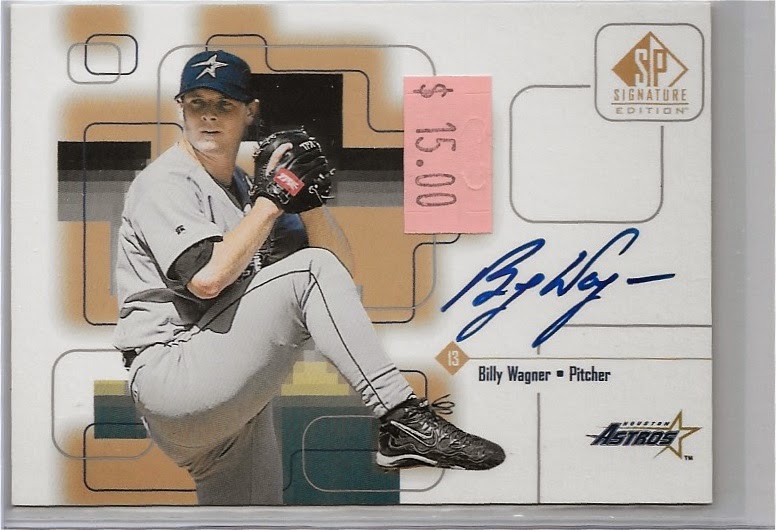 They weren't must haves, but when Ken said $5 for the pair, it was a done deal.  I've started to really appreciate the SP Signature design.  While I don't think I'll go for the set, these were both autos I wanted in my collection.  I actually already have signatures of both players - Joyner on an 87 Topps I bought for a dollar, and Wagner as part of my 1998 Donruss Signature set.  But I really wanted Wally in a Padres uniform.  I have been trying to get autographs of all the players whose Starting Lineup figure I played with as a kid, and Wally's 1995 or 96 Padre figure was one of my favorites.  So getting a Padre upgrade was a must.  And who can pass on an autograph of one of the best closers of all time. 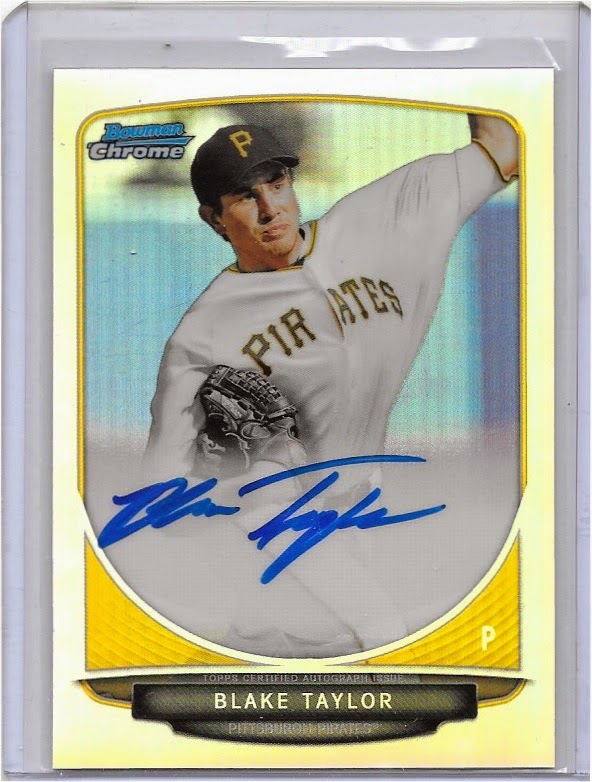 And since some of you may be starting to doubt whether the title of this blog is still fitting, there was some Pirates action involved as well.  Taylor barely lasted a year in the Pirates organization before getting shipped to the Mets, but for $3 I couldn't pass on an auto of the former second round pick.  How can I say no to a shiny refractor of a Pirate, photoshopped logo or not?

The only downside to having nearby access to great cardboard every weekend?  I'm not adding new cards way way faster than I can possibly get them sorted and put away.  But that's a problem for another day.