I'm officially a man with too much time on his hands.  Or at least I am until January 4th.  Work is done for the year, and that means the good stuff is just getting started.  I've promised myself I won't touch any work until next week, even though I'm officially off that week.

But the reality is that there just isn't all that much to occupy my attention.  Not even a day into my holiday, I've already knocked out a good chunk of the card sorting I had hoped to do and watched more Nexflix than I'd like to admit. 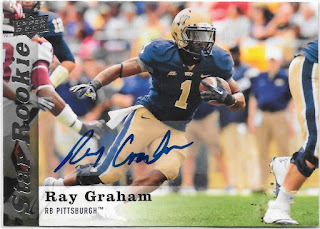 But one of the perks of being home for an extended break is that there should be a pretty steady stream of college football to watch at pretty much all hours of the day. 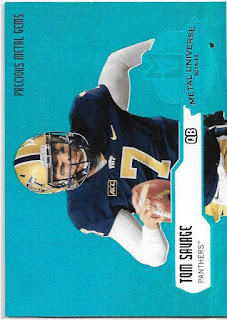 If nothing else, it's some glorified background noise. 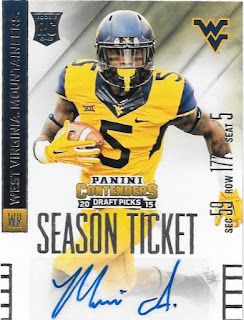 I'll be watching closely for WVU and Pitt's bowl games, and plan to watch the college playoff games.  But beyond that? 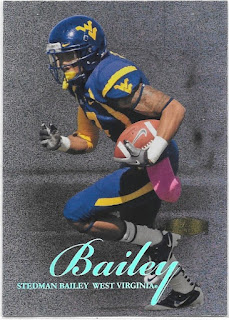 I'll likely be channel hopping, trying to find a competitive game or some teams with cool uniforms.  Yep, my sports watching priorities sure are advanced. 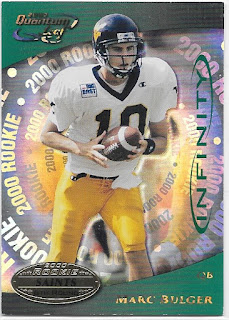 My latest COMC order had a nice mix of some college uni cards.  It's probably the smallest portion of my collection, and rarely the easiest to add to. 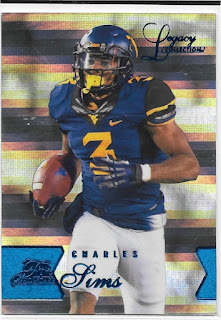 But I'm always happy to add some fun cards to the collection, and it breaks up the black and gold monopoly on my team collections. 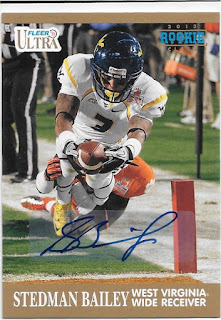 Hope the work year is winding down for everyone else as well.  It seems like blog readership and posting has tailed off pretty big time this week, so I hope everyone is busy with holiday fun. 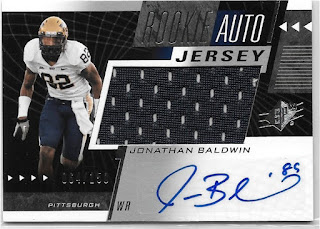