I was a big Wonder Years fan growing up.  This post has absolutely nothing to do with Ben Savage, though. 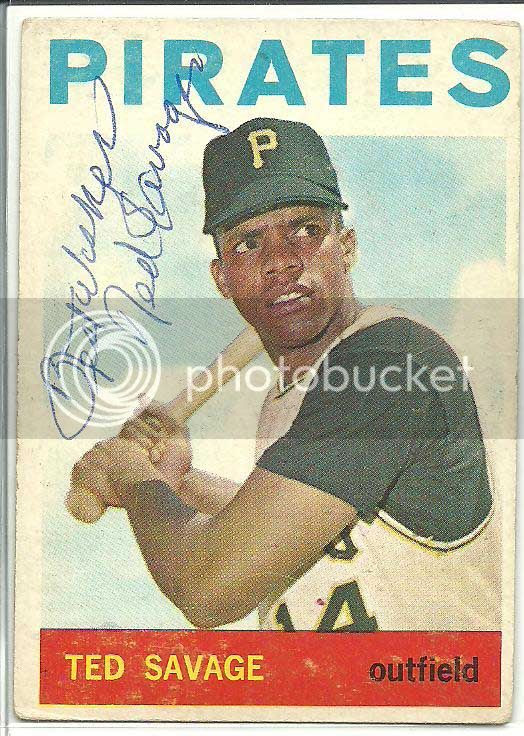 Ted Savage was a well traveled player before it was fashionable.  Over a 9 year career, he played for 8 different teams.  Pretty impressive for the pre-free agency days when pretty much the only way to change clubs was to be traded or sold to another club.

Savage made 149 at bats for the Bucs in 1963.  He would have a pretty solid year for Milwaukee in 1970, but otherwise was a role player and pinch hitter for the majority of his major league travels.