Can It: 1997 Pinnacle Inside Pack Break

In preparation for the wedding, I've become an expert in canning.  For favors, we're doing 4 oz jars of jam and apple butter for our undoubtedly under-appreciative guests.  Canning is fun, and the taste is a lot better than anything you'll pick up in a store.  But it's a lot of work.

And this relates to cards how?  A few weeks back I hit up a sports-filled garage sale.  Lots of junk, but there were enough finds to make it worth the trip.  Among them was a can of 1997 Pinnacle Inside.

Yes, a can.  For those of you newer to the hobby, Pinnacle decided to package the set inside a metal can with various player photos on the outside.  There were three at the garage sale at a mere $1 each.

I've written quite a few times about my long stretch of abstaining from the cardboard crack.  But I figured it was worth falling off the wagon for a buck.

The can I grabbed was A-Rod.  Though I don't like him now, in 97 he was one of my favorite players.  It was also the only can that didn't have any rust damage.

After gently opening the can with a can opener, it was on to the pack. 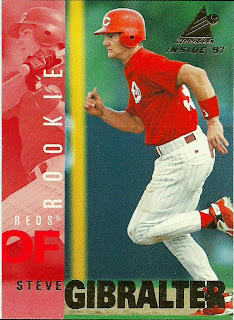 Oh.  Ok.  Um...that's an interesting start.  Steve Gibralter.  I can honestly say he is one guy from a 90's pack that I can't tell you a single thing about.

A quick baseball-reference search showed that he accumulated a whopping 5 at bats in the majors across two seasons.  It has to get better from here, right? 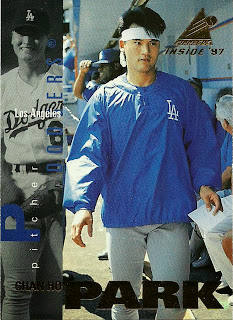 Alright, now that's what I call better.  Chan Ho Park was a guy I really enjoyed watching, and actually ended his career in Pittsburgh a couple seasons ago.  But what's up with that hair? 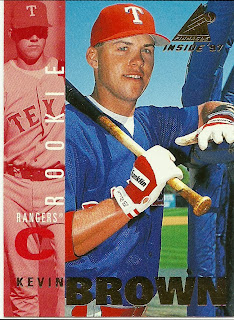 Kevin Brown!  Oh, wait...that Kevin Brown.  Yes folks, there were two.  And that is one too many. 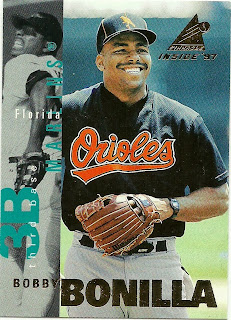 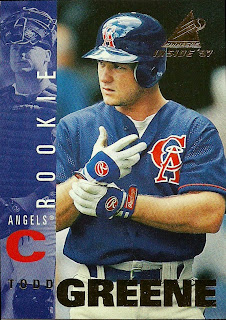 An unspectacular pull, but this Todd Greene will be heading out to the mail to get signed. 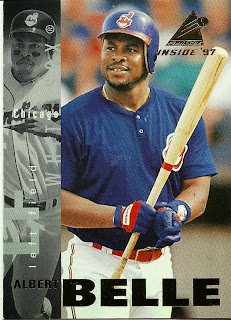 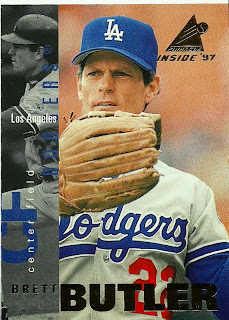 Another card that will probably be getting signed in the future.  Gimme some star power! 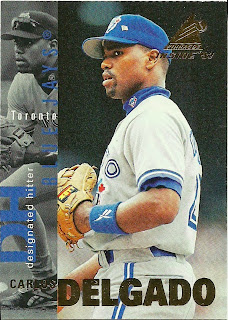 Alright, now we're talking.  A cool early career card of Carlos Delgado.  But is that an American flag pin on his hat? 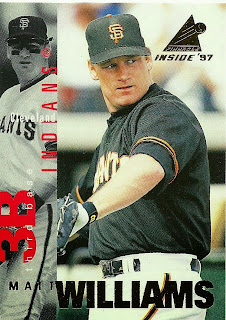 The light tower power continues.  I assume this is probably one of the last cards picturing Williams as a Giant, as he moved on to an unmemorable stint with the Indians in '97. 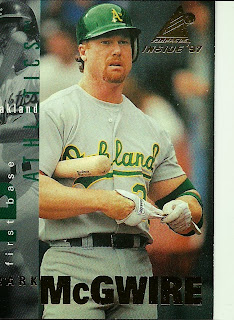 And there you go.  It was a fun break, even if it didn't yield anything too exciting.  These are better looking cards than I remember, and most of them will probably be migrating to my team binders based on nostalgia factor alone.  I do love the 90's.

Email ThisBlogThis!Share to TwitterShare to FacebookShare to Pinterest
Labels: 90's, I love the 90's