As I wrote a few weeks back, I'm combining my writing here and at Returned to Sender to one blog.  What does that mean?  Practically nothing, aside from a few more non-Pirate posts per week.  I wrote 37 posts at RTS, and there are some I'm pretty fond of.  I'm reposting a few of them here.  Most of you won't know the difference, but for the two followers RTS had, sorry for the deja vu. 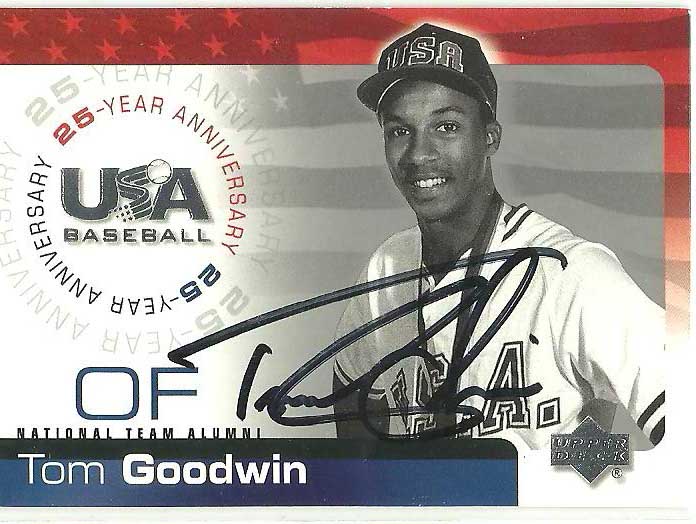 One of my friends in grad school once told me, "There's nothing I love more than a good USA chant."

The Olympics may have canned baseball, but Team USA has produced some of the top players of the past few decades.  The card front, for me at least, has been less appealing.  I've always sort of viewed them as a ship with no port.  I'm a team collector first, and my player collections are more often than not just extensions of those collections.  I collect some guys who have played on Team USA (Warren Morris, Andrew McCutchen, Charles Johnson), but I've never actively chased their Team USA cards.

But when Upper Deck acquired the Team USA license in the early 00's, the excitement of some big name autos con(vinced) me to pick up a couple of the USA boxed sets.  My hits were pathetic, and the base sets sat in a box for the next decade.

But I recently came across them, and realized that though the boxes themselves yielded some less than exciting autos, the set offered some great cards of some reliable signers. 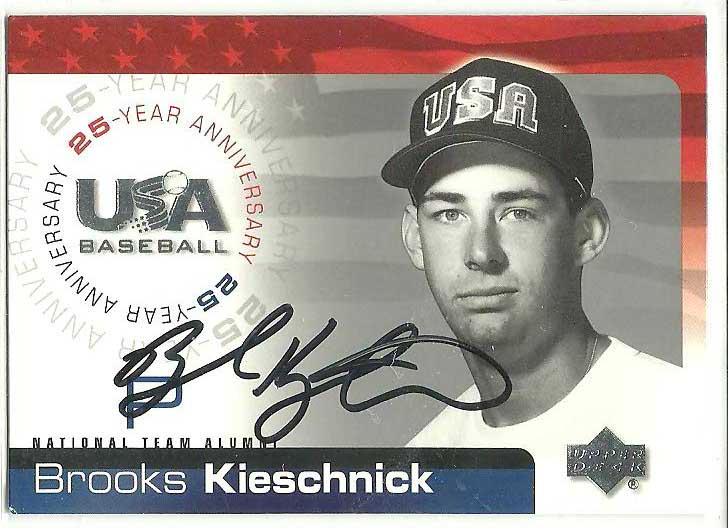 Better yet, the cards are perfect for autographs.  With a large space to the left of the player photo and nice, big headshots (in some awesomely bad trucker hats), the card offers enough space for the player to sign without really interfering with the photo. 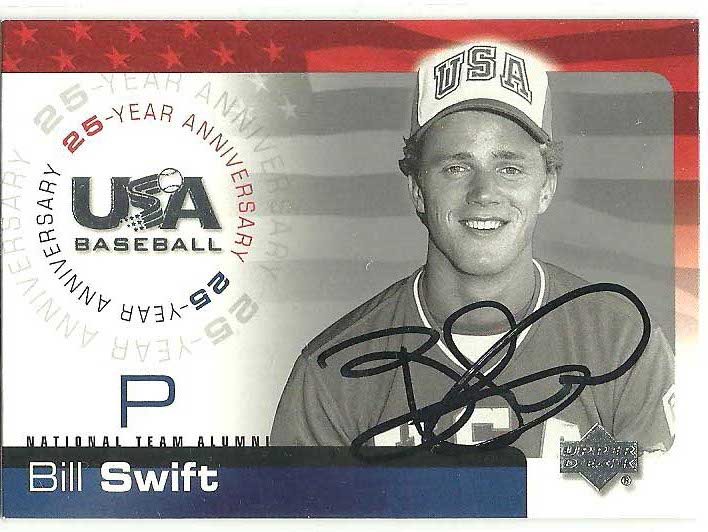 There are a lot of bigger names (and some flamed out prospects) in the set that I'll never be able to get signed.  But I have about a dozen or so cards queued up to be sent with my next round of mailings.  They're some fun cards, and a nice unique side collection for what had been a sunk cost for the past decade.