There Was Nooooooo Doubt About It 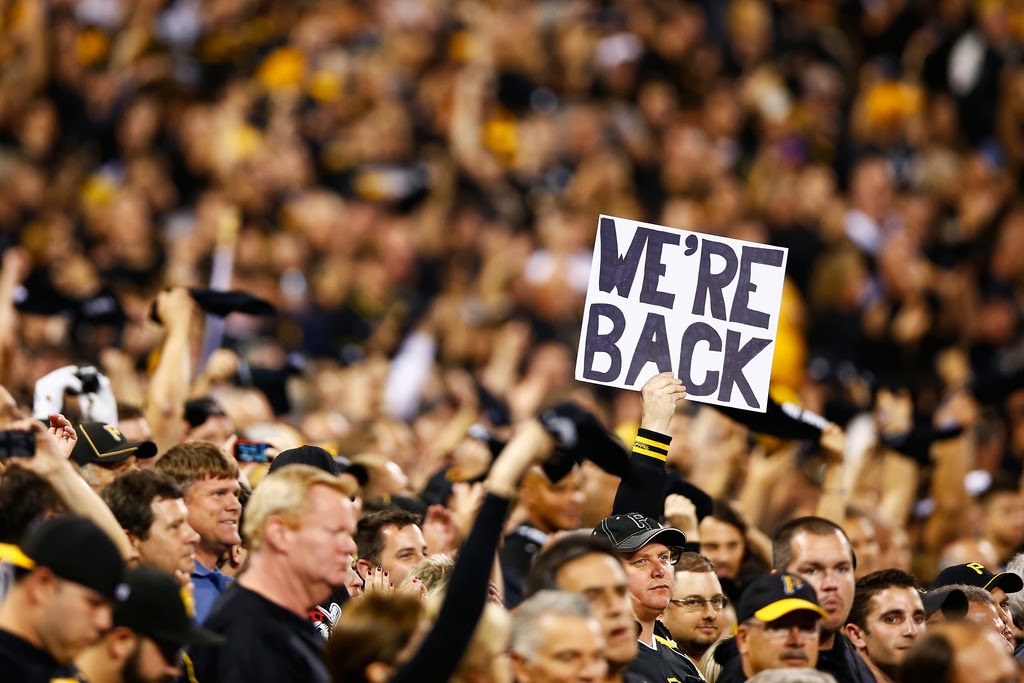 I've been to hundreds of games at PNC Park, but last night was the first time the most beautiful ballpark in the world had a true baseball crowd.

I'll write later today with a full recap of the experience and some photos I took.  I was downtown from about 1pm-11:30pm last night, and then had an hour drive home, so I'm pretty exhausted right now.

The game was amazing and emotionally exhausting, but the Pirates really played a fantastic game on both sides of the ball.  Honestly, whatever happens from here is just a bonus.  I'll be smiling until Opening Day 2014.