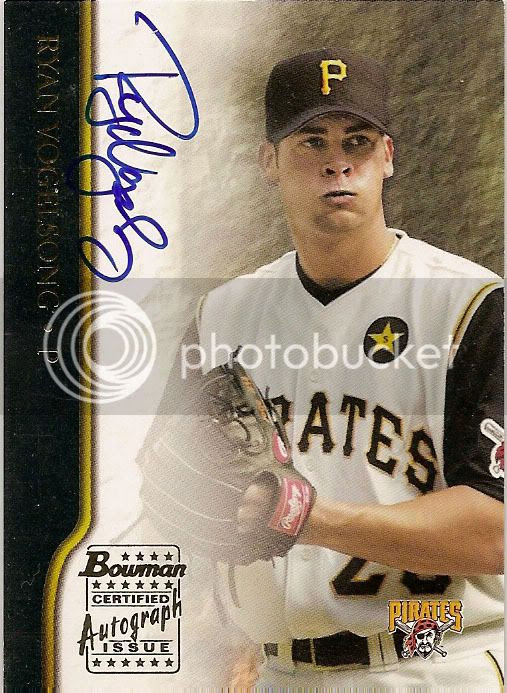 The 2000's were unquestionably my favorite time to be a Pirates fan.  I'm sure a big chunk of that was where I was in my life - middle school, high school, and college.  There was plenty of time to watch just about every single game.  If I wasn't at PNC Park, watching the game was as easy as flipping on the game while doing some homework or hanging out with friends.

But as strange as it is to say, I loved watching the teams as well.  Those terrible, 100 loss teams.  They were teams full of players with potential, guys trying their hardest (usually) to establish themselves as big leaguers, or big leaguers looking to squeeze out another year or two.  While the results were rarely a happy ending, there were few things I would rather have been doing with my time.

So when I read that the Pirates had signed Ryan Vogelsong yesterday, I let out a noise that somehow captured both a cheer and a groan. 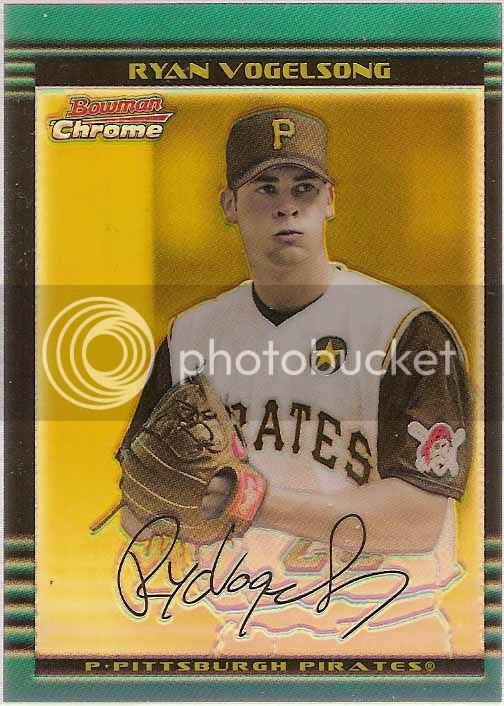 See, Ryan Vogelsong is one of those special players for me.

He was the definition of that talent black hole the Pirates were.  An anomaly to the nth degree.

He came to Pittsburgh in the 2001 mid-season trade of Jason Schmidt.  It was a terrible year to be a Pirate fan, a great year to be a baseball fan, and the greatest year in baseball for me.  And to some degree, the Schmidt trade was the hook I hung my Pirate fan hat on for most of the next decade.

Vogelsong was a big pitcher who threw hard and had wicked stuff.  If he just found that extra...something...he could be dominant.  Or so we hoped. 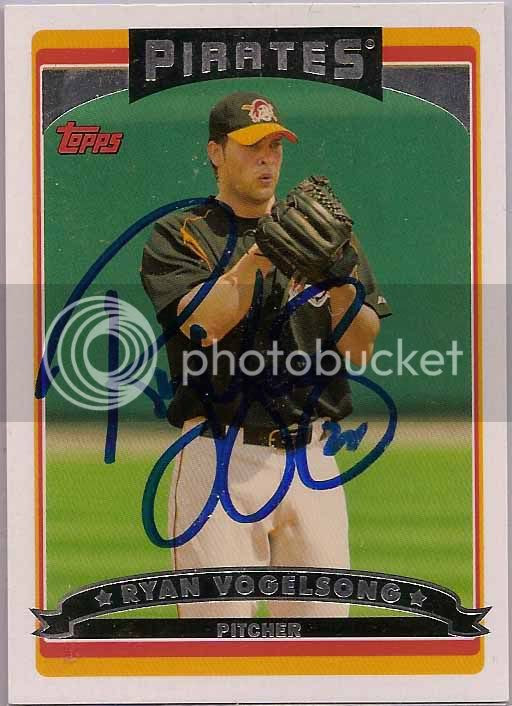 Instead, his wicked stuff would so often slide well out of the strike zone, or leave fastballs over the plate that would get clobbered.  But still...hope.

Injuries delayed his development, and a nasty year in the rotation made it pretty clear he wasn't a major league starter.  But still...that stuff.

I think around 2005, Vogelsong got the nickname White Flag.  His potential kept him on the roster.  With his sharp stuff, the potential was still there to develop into a dominant late innings arm.  And that was where most of his work came - the late innings in games that were largely lost causes.  When Vogelsong came in, the game had pretty much been called.

And the joke ran on through 2005 and 2006 before the Pirates finally gave up hope. 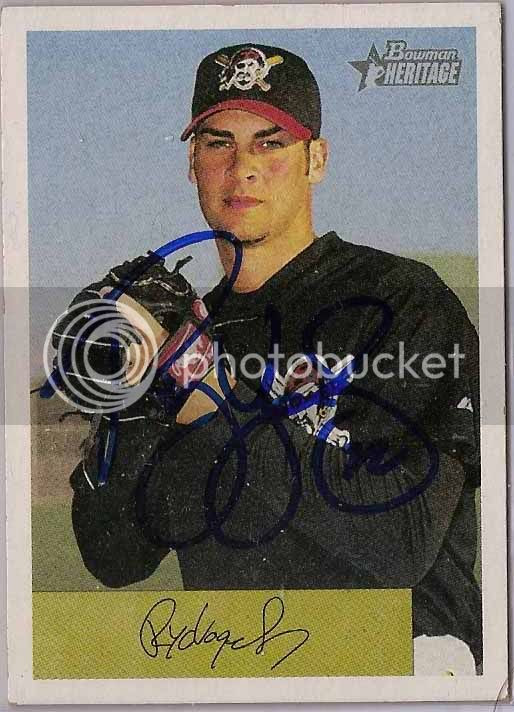 I assumed Vogelsong was out of baseball after a couple more years.  Boy was I surprised when he popped up in the Phillies spring training roster, when I got the two TTM autographs above signed.  And I was even more surprised when he morphed into the pitcher we always hoped to see him be with the Giants a year later.

While it was too little, far too late from the player I loved to hate, I was happy to see a guy who had always been very friendly the few times I met him cashing in on his big league dreams.

And now?  Oh my.  While I think the Pirates should and could have acquired a better pitcher, I think I have a reason to tune in every 5th game next year.  It's a victory lap for my childhood.  The pitcher I always hoped to see put it all together hopefully doing just that a mere decade after I had expected.

So welcome back, Ryan.  May nostalgia serve us both well this year.
Posted by Mark at 8:43 AM