Sometimes life just works out in funny ways.  Did you know that Russell Martin and Johnny Cueto share a birthday?

Yesterday was the birthday of one of my favorite Pirates, and the pitcher who owned the Pirates until one chilly night in October.

The 2013 Wild Card game was the greatest moment of my baseball life, and from my seat in the upper deck, right behind home plate, I couldn't have asked for a better view.  I still remember going crazy, so crazy that my body was pulsing from adrenaline when Martin sent the ball over the left field wall. 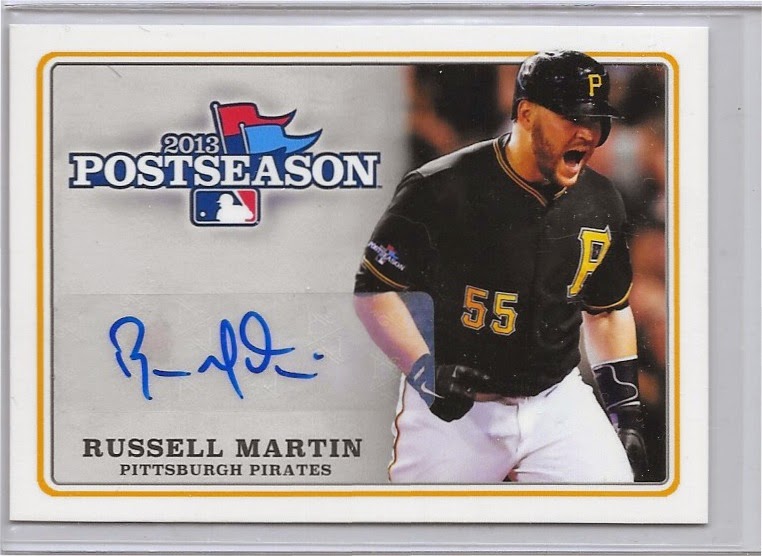 So I hope you'll excuse me if I yet again show off my favorite custom card, and one of my favorite pieces in my collection...

The 2013 season was pure magic, and to me Martin brought a toughness and coolness to the team that just oozed the feeling of "no, we haven't been there before.  But we got this."

Martin's 2 year, $17M signing is still the club's largest free agent signing (it's topped by a 3/$39 contract signed by Francisco Liriano, but he was re-signing with the Bucs so I don't count it as a true free agent addition).  Considering that there more than 25 players making that this season alone...well, that tells you what it's like to be a Pirate fan.

But for two years Martin brought something in the field and at the plate that the team desperately needed.  He's one of those players who was only with your team for a short time, but it felt like much longer. 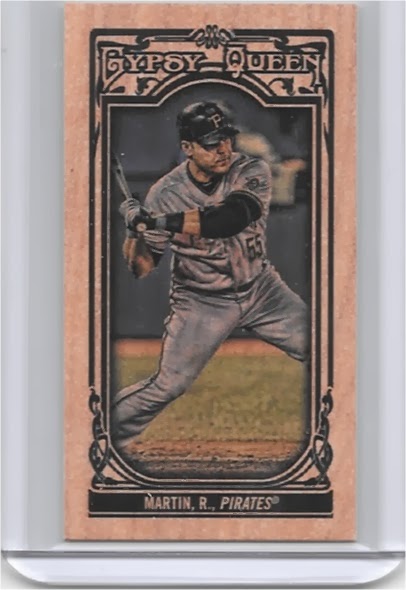 So February 15th will always be Russell Martin day here at Battlin' Bucs.