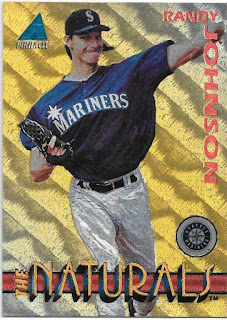 I was sorting through some things in the basement the other day when it happened.  I fell down the rabbit hole.  Have you ever thought about how many things you have in your house, or room, or apartment?  I'm not talking at an absurd level, like grains of rice.  But...individual objects.

Buying a house has been kind of like a tidal wave.  First was the excitement of finally bringing all the "stuff" that we had bought, collected, stored, whatever-ed over the years in one place.  Not just from a collecting standpoint.  But the clothes that were still in my closet at my parents' house, where that *one* t-shirt would always be whenever I finally wanted to wear it.  Or finally having the space for all of my books, instead of having to ferry some back home to be traded out when I'd visit on holidays.

It was exciting to have it all together at once.  And then you realized you'd just been smacked with a big ole wave.  What the heck to I *DO* with all this stuff?  Shelving units were bought, donation boxes have been headed to Goodwill on the regular with such precision that it would make a 1850's train conductor jealous. 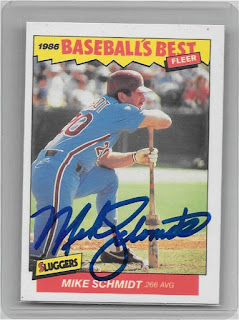 And still...stuff.  I did some quick math.  I started with books and movies.  Having two English degrees results in owning a lot of books.  And I'm still one of those fuddy-duddies that prefers hard copies to e-books.  And the movies have piled up over the years two - too many impulse purchases walking by the $5 bin at Walmart or cheapo Black Friday buys.  I was surprised how easily a big pile of things I would gladly part with built up. 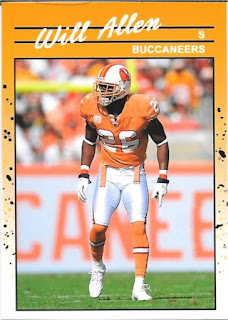 But what about the elephant in the house?  The card collection.  All told, I probably have around 150,000 cards.  Maybe 30,00 of those are cards I consider some part of my collection.  My team collections are the largest chunk, but there are thousands of autographs, custom cards I printed, random dime box finds or 90's inserts that just looked cool.  All stuff I don't care to part with. 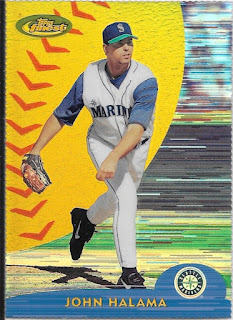 But there are also thousands of cards from aborted attempts at building sets.  As much as I may try, I need to accept that I am not a set builder at heart.  I'm just not. 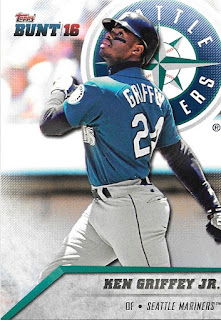 And then there are thousands of commons from my days breaking boxes, collections I've bought and sold, Pirates doubles.  I can't find it in my heart to just throw them out.  I've considered donating them as a tax write off, but from other collectors who have done it, it sounds pretty laborious.  I slowly trim them down in packages to other collectors in my team collector group.  But that barely makes a dent. 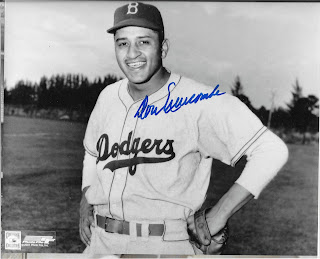 I'm looking forward to the weekend and tackling the house a room at a time.  I'm starting with the easy stuff - clothes, more books, the random pile of cables and chargers to things you threw away years ago.  But any stories to share or tips from the blogosphere on decluttering your collection?