We're finally getting down to the home stretch here.  It took a little (a lot) longer than expected, but I've finally gotten around to showing off most of my autographs from the past few months.


Of course the downside is that now I have an entire new stack of mail that came in.

David Bell is always a guy that I considered sort of a head scratcher.  He had a 12 year career, and racked up over 1200 hits.  And while he had a short career power surge, he was never the kind of guy who had power that you would associate with a corner infield spot. 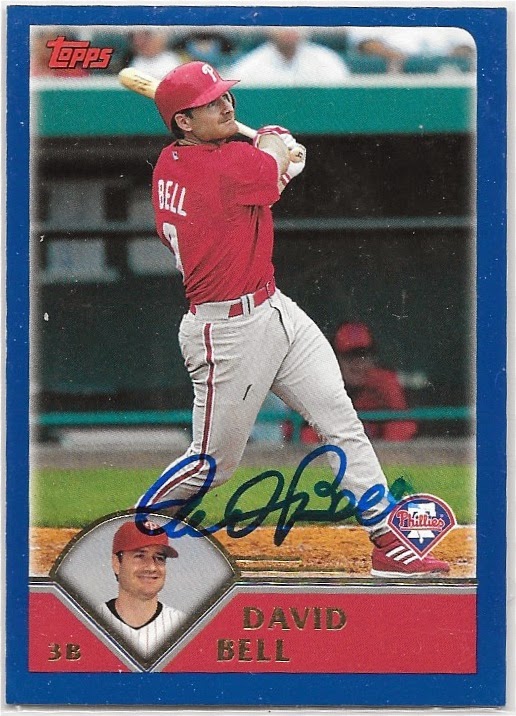 But decent offensive numbers, solid defense, and low strikeout totals were enough to keep him in the league quite a while. 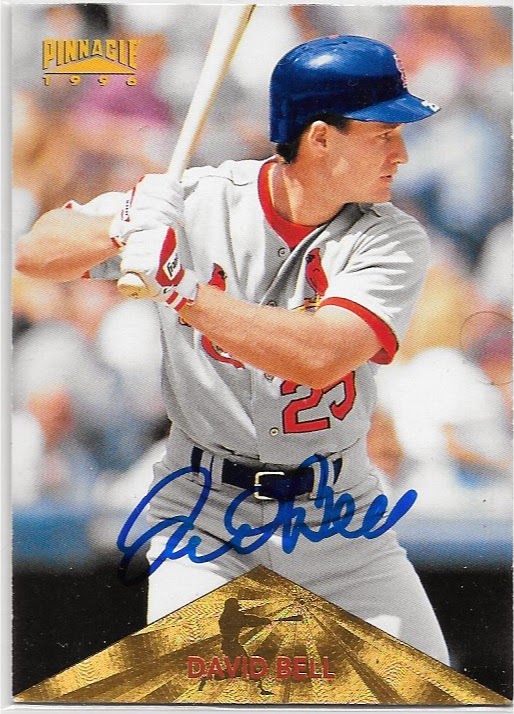