When card companies give you ugly autographs, make...lemonade?

I've been posting some of my custom card creations on here for a while.  It's been fun playing around with designs, and over the last few weeks I come up with a process for printing the cards that (at least in my estimation) gives them the look and feel of the real thing.  I have a bunch of customs out in the mail, so hopefully some signed ones will be back soon.

Customs are a great resource for a team collector like myself.  Let's face it - Topps has gotten pretty lazy in their checklists over the years once you get beyond the top names.  And minor contributors like Felix Pie or Ruben Mateo are pretty unlikely to get a card during their brief Pirate tenure even under the best of circumstances.  But even if you whip up a custom card, getting autographs from some of those players?  Good luck.

But I realized I might find an actual use for those pesky sticker autos that collectors despise so much.  During the COMC holiday sales last year, I picked up a few cheap autos of ex-Pirates who didn't have a certified auto in black and gold.  And after a few months of stalling, I was ready to finally take the plunge this weekend.

Almost.  I figured I needed a trial run before taking the risk of butchering one of my prized autos for my collection.  And the auto of David Lough I pulled from a box of 2013 Pinnacle recently seemed like the perfect sacrificial lamb. 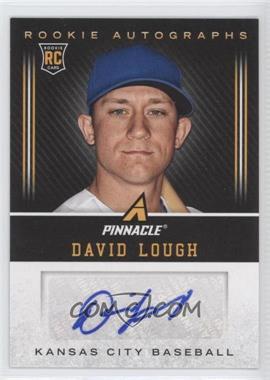 The card was...well, it was pretty ugly.  I had no idea who Lough was, so I was a little surprised to see he had logged almost 200 ab's with the Orioles this past year, a team I watched pretty often on mlb.tv.  So an O's card it would be.  I found a great photo from a game where the O's wore Baltimore Black Sox uniforms, one of the city's Negro League clubs.

I decided on a 1990 Donruss design.  The border is black and orange, but it comes up looking more red in the scan.  I swear it's orange in person. 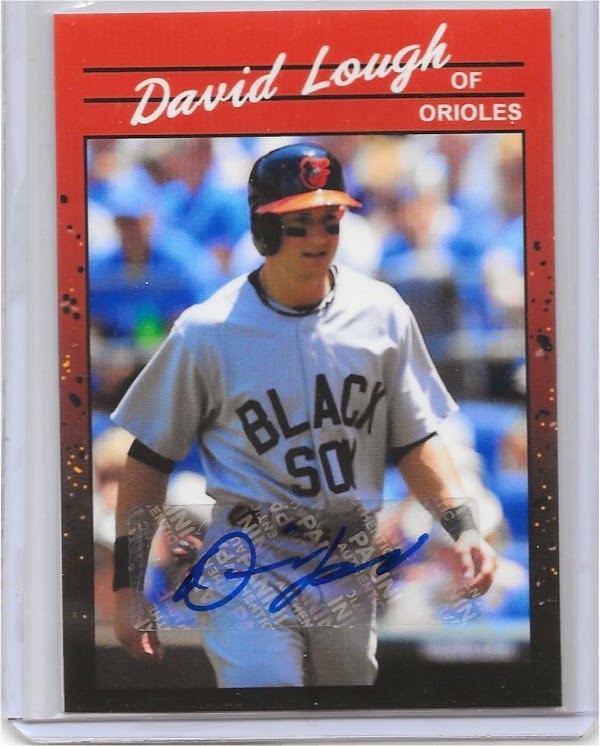 The sticker auto actually came off of the Panini card pretty easily, and in no time was affixed to its new home. 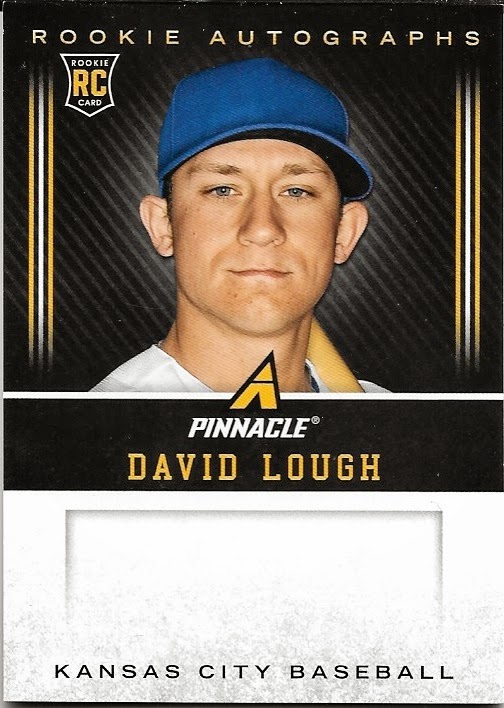 The Panini card, meanwhile, just looks naked now.  And with a trial run out of the way, I'll be attempting to work my magic with some Pirate cards.
Posted by Mark at 6:26 PM