Another One From 1998 Donruss Signature

I've been slowly knocking off cards to inch closer to completing my 1998 Donruss Signature autograph set.  It's one of the nicest auto sets out there for my money, and has the 90's nostalgia that I love.

This Darin Erstad auto is SP'd to 700, and one of the less common autos in the set.  I was more than thrilled to grab it for less than $2.

Erstad is probably one of those players who are lost to time.  He was an exceptional defender, and for a brief stretch one of the best hitters in the league.  But in the offense packed 90's, there were too many players who put up bigger numbers for longer stretches.  And I have to think Disney's use of sports franchise as marketing tools probably didn't do much for his overall exposure. 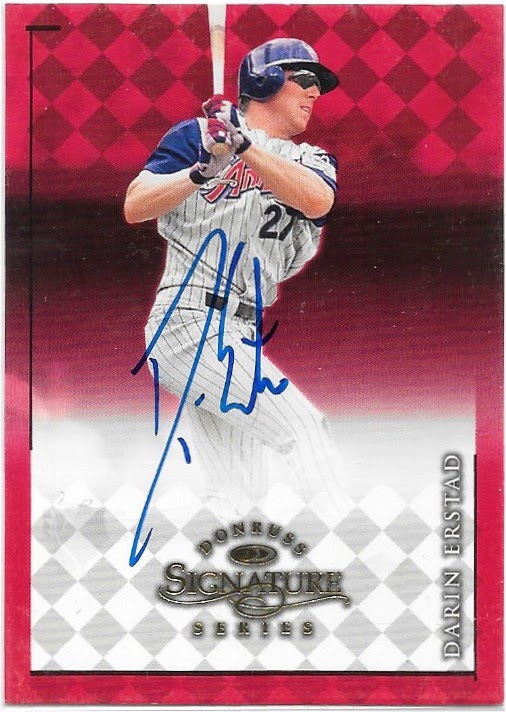