I was pretty happy with my one pack break of 2015 Topps.  I have a case break worth of Pirates headed my way, and there haven't been any real standout cards that I've seen, since Topps cropped the photos so tight this year leaving little room for awesome action shots.  But Kate surprised me and picked up one of those retail jumbo packs at Target on her way to doller derby practice (a ploy to make me forget the insane amount of money she just spent on elbow and knee pads? Perhaps.  But it worked).

I'm usually not one to tempt my luck on wax, and would rather just spend that money on COMC.  But when there's a pack sitting right in front of you, it must be ripped! 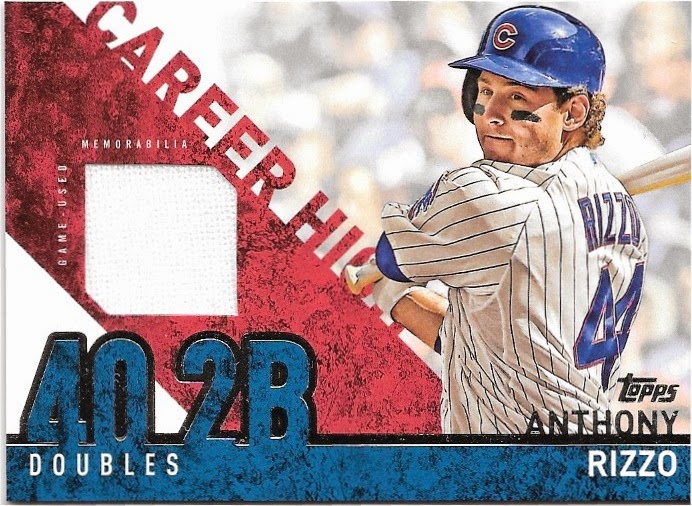 A relic card?  Out of a free hanging pack?  Maybe the pack searchers took the day off.

The relic design actually looks pretty cool.  I like it a lot more than the relics in the last couple years' releases. 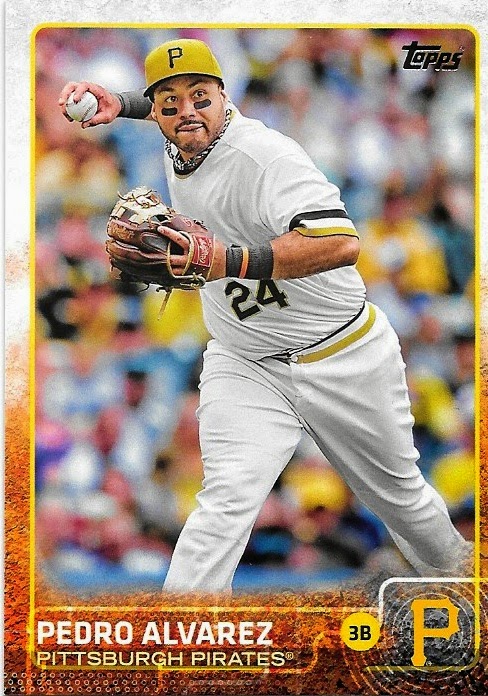 I managed to beat the odds and pull 4 Pirate cards from the pack.  Of course there will be more where that came from headed my way.  Check out Pedro before he tries to assault some fan in the third row with the baseball.  Hopefully he can do less damage at third base. 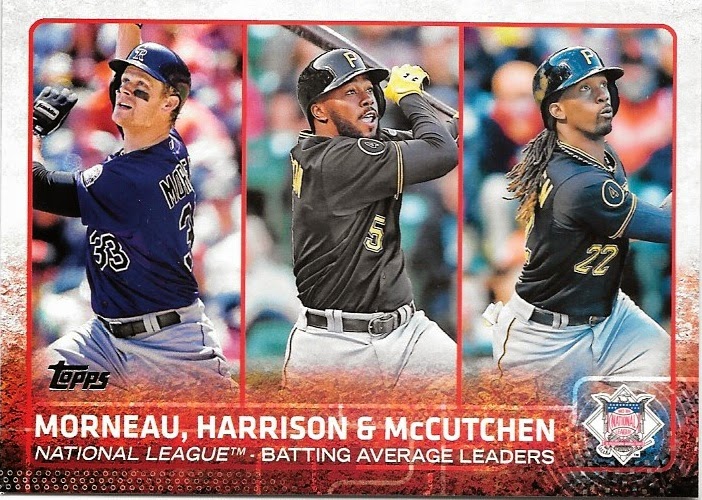 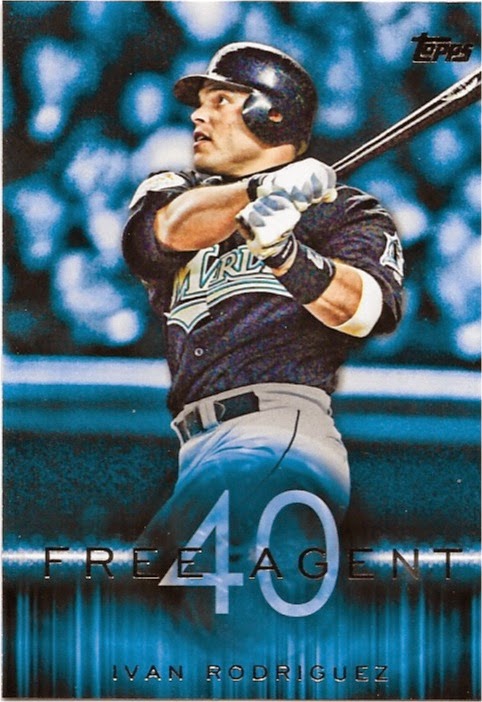 This Pudge card was by far my favorite of the pack. 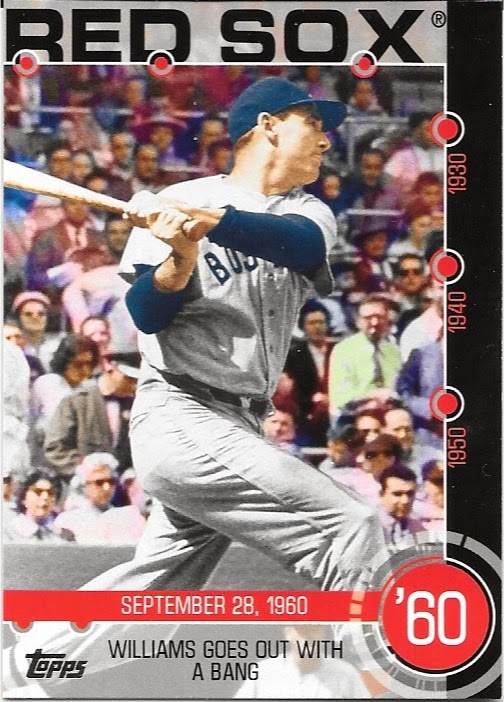 And rounding things out was a cool photo of the Splendid Splinter. 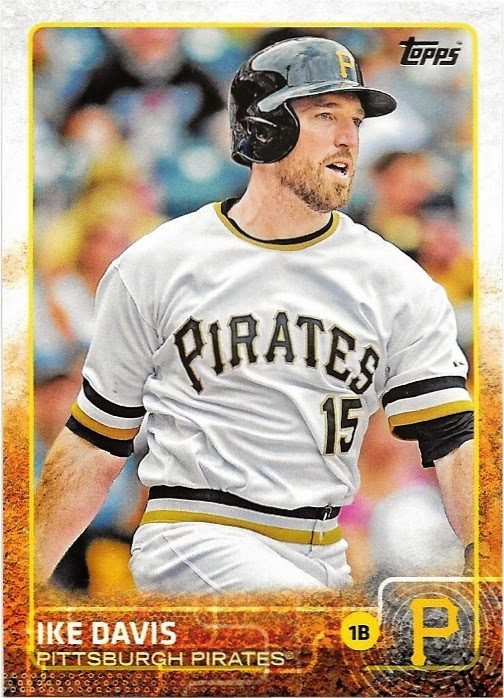 Overall, I'm liking this set a lot more than I had expected when I saw the design.  The base cards are unique, and the insert sets are absolutely killer.  My only gripe (aside from the obnoxious effects applied to the photos) is the lack of Pirates in the insert sets.  I swear Topps has something against Andrew McCutchen.