Flea markets have pretty much become a weekend staple for us.  Kate chases vintage postcards and other odds and ends, by my interest is laser-focused on new additions to the collection.  Cards are usually hard to come by, at least in any form that is reasonably priced or worth flipping through. 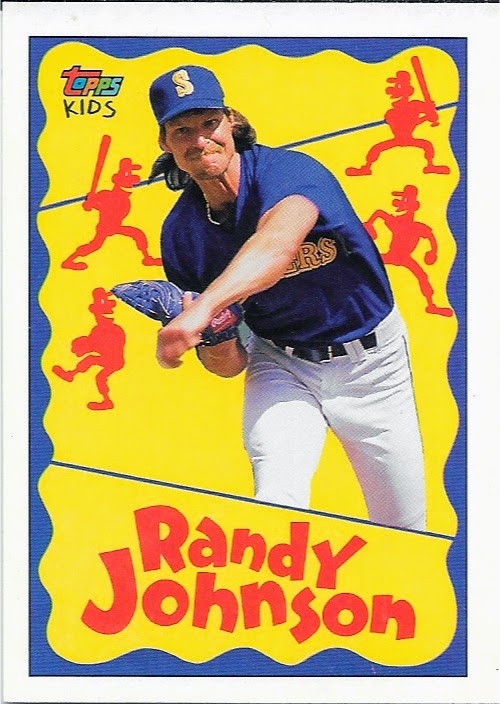 And with the number of odds and ends collections that I've started or re-started in recent months, even boxes entirely stripped of Pens/Steelers/Pirates can yield some awesome additions.

Two things I'm always on the lookout for in a dime box are cards from high end sets, and low end sets.  These two ends of the hobby spectrum are often the toughest to find for me.  A lot of high end pack gamblers couldn't care less about base cards, and if they set up at shows are solely focused on the high end stuff.  Likewise, many low end products end up being retail-only these days, and can be tougher to track down in the hobby circles. 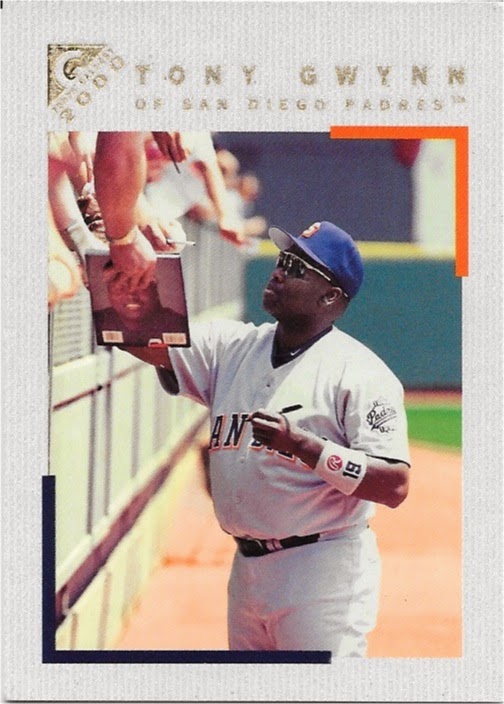 An ideal dimebox will have a mix of more mainstream sets like Topps or Upper Deck that can have awesome photography and the mix of obscure sets, oddballs, and the like.  Luckily for me, this box had all of the above.

I pulled about half a dozen cards from the Topps Kids set.  The colors and background patterns are great.  I have a pack or two worth of cards from the set when my dad picked up a pack at a gas station in the early 90's.  I managed to pull both Bonds and Bonilla in their Pirates goodness, but for the longest time my pre-teen brain couldn't process that these even counted as real baseball cards.  Beckett didn't list them.  And they looked like cartoons!  Real baseball cards aren't cartoons!  Luckily a small run of these cards in the dime box knocked out most of my early 90's player collection needs - namely Randy Johnson and Jeff Bagwell. 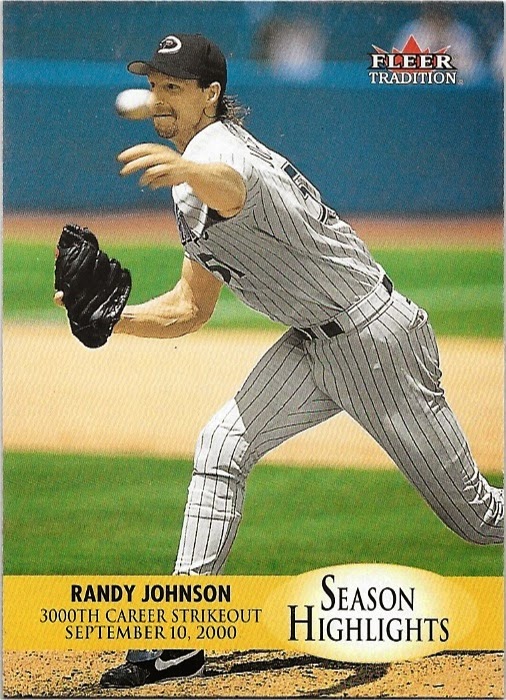 Speaking of the Big Unit, this dime box had some real gems of the future HoF'er.  I plucked half a dozen new cards, mostly from his Mariners days.  RJ has officially moved into the casual player collection category for me, but I haven't yet decided exactly what years will be included.  The Expos, Astros, and Mariners cards are locks.  And the Yankees are definitely out.  His DBacks and Giants years are up in the air.

Something tells me I'm giving a bit too much thought to a "casual" collection. 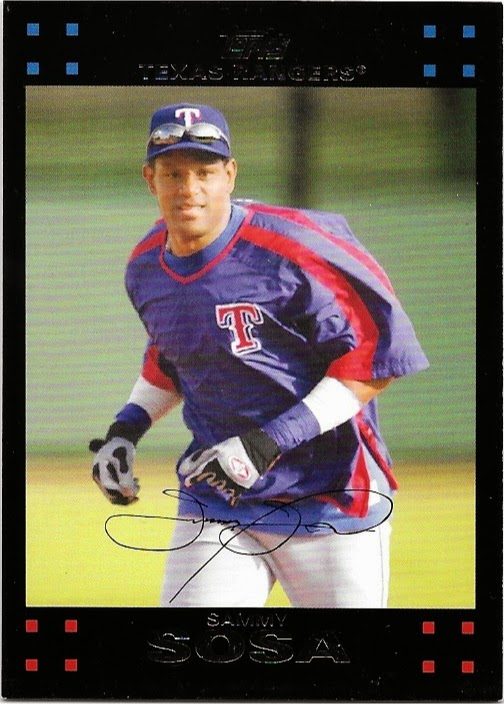 But the box didn't stop with 90's gems.  I have been after a Slammin Sammy card from his brief Rangers stint for a while.  I'm not sure if there are any others beyond this Topps Update issue out there to be had.  And while most Cubs fans would seem to rather forget him, most of my Cubs binder pages are made up of Sosa cards. 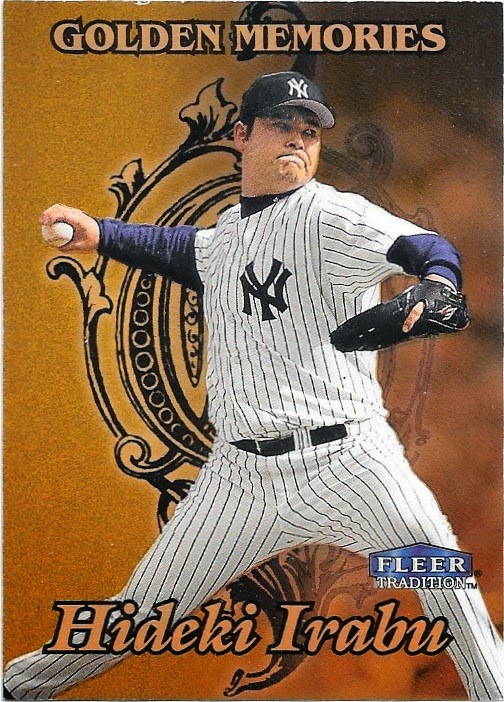 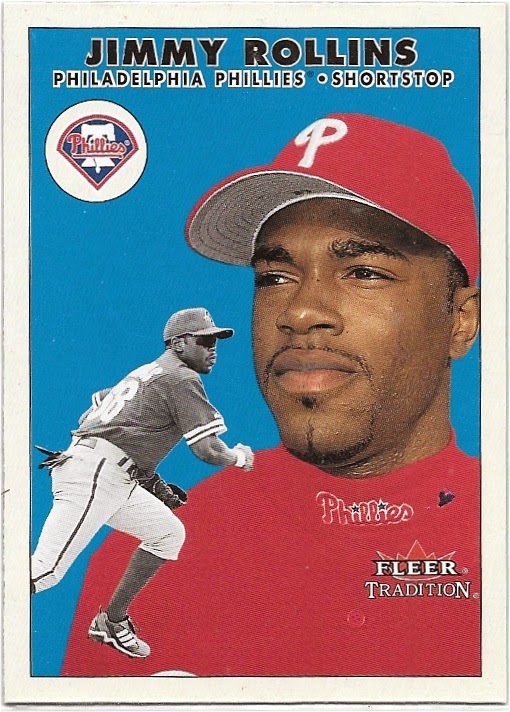 Dime boxes make for odd bedfellows.  Irabu went down like a flaming toad, but you can still find him in the occasional over-priced "good cards" box at a flea market, with pricing reflective of 1998.  Rollins on the other hand has gone on to have a HoF worthy career, and was a no brainer for a mere dime. 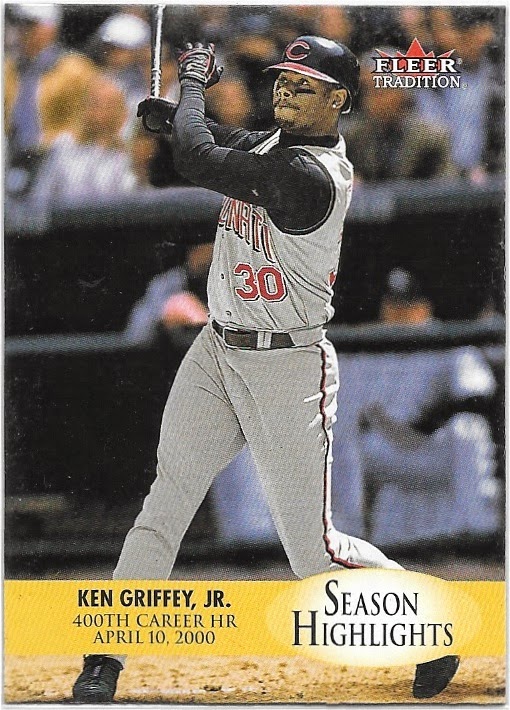 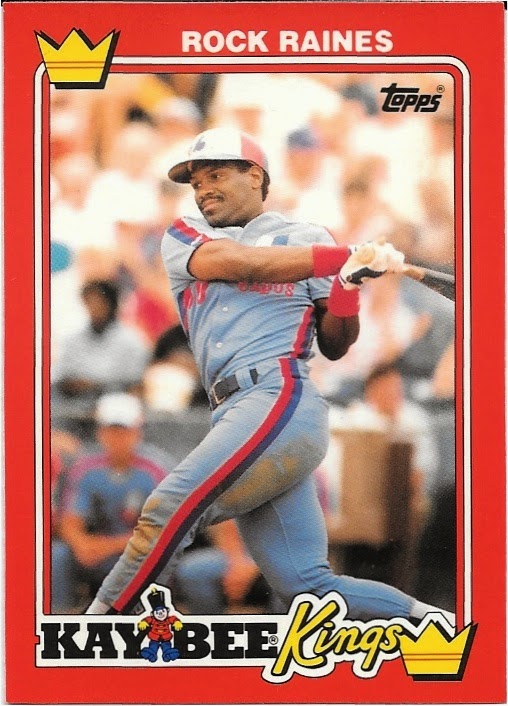 And it's always a nice bonus when cards hit two categories on the collect-o-meter.  Griffey has earned nostalgia player collector status, even if I'll never be able to afford anything but his base cards.  Add in a season highlight bonus, and you have a great card of the guy who looked like he was on pace to hit even more homers than he ended up with.  While Tim Raines isn't player collection worthy in my book, this is a cool oddball from the defunct KayBee toystore, which was my go to spot for boxes of Pro Set in the mid 90's.  But this one came home with me primarily to fit into my Nickname as the First Name collection.  It's a small but elite collection, made up exclusively of Rock, Boomer Wells, and Flash Gordon.  Apparently Topps didn't think printing Fat Toad Irabu on cards was quite as cool or acceptable.