Wait, When Did They Play There? Wednesday

The length of a baseball season and relatively large roster makes it inevitable that there will be a few players each year who only appear in the majors briefly.  And much to the chagrin of many team collectors, many of those players never find their way onto cardboard immortality.

Other times, a card has you asking "Who the heck is that?"

As of 5 minutes ago, here is what I know about Paul Geil: 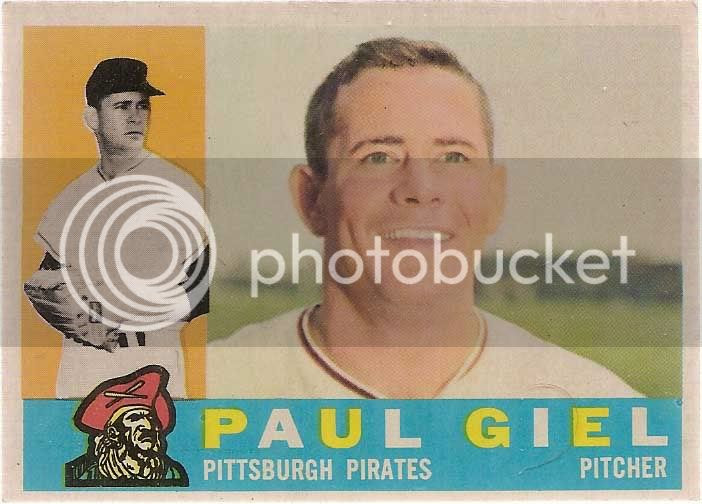 Note, astute reader, that only one of these deeply insightful facts actually involves Paul Geil.

Geil appeared in only 20 games for the Bucs, including 16 in 1960.  He appeared in 102 major league games between 1954 and 1961, but was never particularly effective - or in the majors for all that long in any given year.

You could probably argue his football career was actually far more productive.  Gail was an All-American twice, finished second in Heisman Trophy voting, and won a trophy case worth of other awards as at the University of Minnesota.  All that hardware got him into the College Football HOF in 1975.  He also served as Minnesota Vikings color commentator from 1962-69, and as U of M's athletic director from 1971-89.