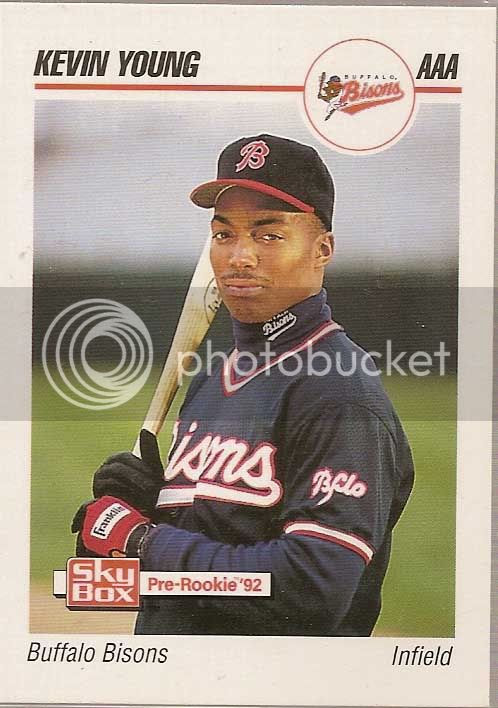 In the early 90's the Pirates had an interesting problem.  They had a crop of young, major league ready players who were blocked by superstars.  Kevin Young, Al Martin, and Jeff King all spent some of their first seasons as bench players behind the Pirates all-star cast before finally getting their chance in the mid 90's.

All three players would have fairly successful careers, but the strategy of stocking the bench with top prospects and then letting your stars leave via free agency seems almost unfathomable in the Rays/A's blueprint of maximizing the value of your assets.

The way of thinking about and handling prospects seems entirely counter-intuitive to today's super prospect hype where years of control and Super 2 status at times take priority over actual major league readiness or development.