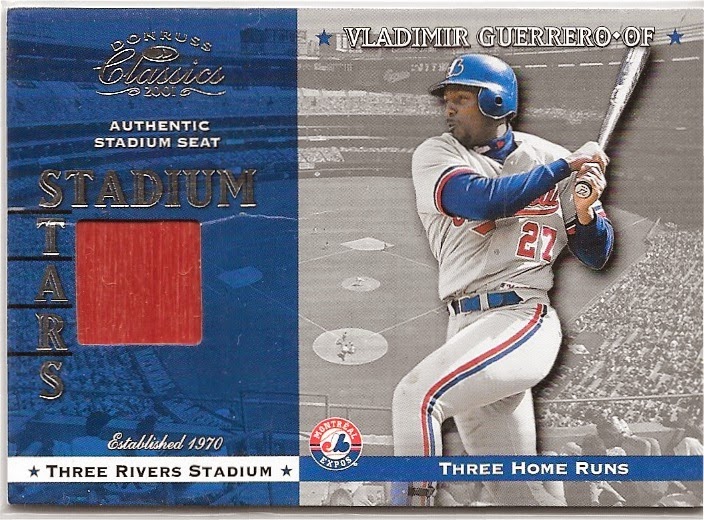 Certain things about sports just have a way of sticking with you.

I was at the Dodgers/Pirates game last night with my friend from college.  We went Monday night with our lady friends; last night was just the two of us, just like when we would cut class and walk down to the park to catch an afternoon game.

So often the things happening on the field are just as important as the person sitting next to you in the stands.  Certain games stick out because of what happened, how they ended, or some amazing play.  But they stick out just as much because of who I was with - my dad, college friends.

I went to a lot of games in the summer of 2000, the final season at Three Rivers Stadium.  My dad worked in advertising, and got tickets pretty frequently for the company's luxury box to entertain clients.  Most times, I was lucky enough to tag along.  Scarfing down hot dogs, chips, and watching baseball from the fancy seats I appreciated the opportunity, but had little context for just how amazing of an experience it was.

One afternoon I was playing catch on our street with one of my friends who lived a few doors down when his dad came home.  He had tickets for the Pirates game that night, and wanted to know if I wanted to go with them.  More baseball?  Sign me up.

The Pirates were playing the Expos, led by Vlad Guerrero before years of astroturf destroyed his knees and speed.  I don't remember much about the game, frankly.  But I do remember the seats.  Right behind home plate.

Three Rivers had a unique configuration, where the area behind home plate stuck out a bit, while the dugouts were slightly recessed.  A sheet of plexiglass and a couple feet was all that separated the uppermost rows of seating from the dugout.  And suddenly I found myself sitting right behind the plate, our seats at the very edge of the row seated right next to that plexiglass.

I probably stared in awkward wonder more at the dugout than the field that night, watching for glimpses of Vlad Guerrero just feet from where I sat.  For some reason Lenny Webster, a journeyman backup catcher who ended his Major League career with the Expos in 2000, sticks out in my mind as well.  The Expos weren't exactly star studded.

After the demolition of Three Rivers, a number of relic-related cards popped up in 2001 high end products from Donruss.  As the memorabilia frenzy hit full swing, the cards were priced well out of my 13 year old budget.  But some random ebay searching led me to the beautiful card above, which I landed for a mere $3.50 with the only bid.  The card brings back great memories of Vladimir Guerrero sitting just feet away from me, and the red swatch of seat goes great with the color scheme of the card.

Sadly there is no Lenny Webster card in the insert set.
Posted by Mark at 8:27 PM