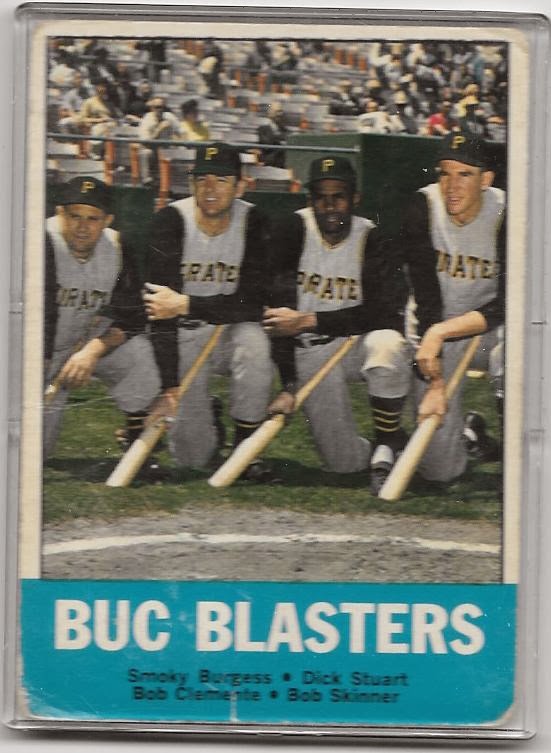 I always love the excitement and intrigue of a card show.  You never know what you'll find.

But you can usually go in with a pretty good idea.  Some shows are notoriously vintage heavy.  Other times you can safely assume a couple regular dealers will be there with their standard fare.

The results can be wonderful, or predictably mediocre depending on the show.  My show hauls have pretty consistently been low end-heavy.  I rarely shell out the big bucks for higher end cards.  Or even mid end cards.  But when I do, I usually prefer the bargain hunting avenues of ebay or COMC, simply because there is a far wider selection than what you'll find at even the largest show.

But sometimes...life is full of surprises.

This card show recap is going in reverse.  I've been posting some of my non-Pirate dimebox finds over the past few days.  Now it's time for the good stuff.  After the dimebox dig was all said and done, I took a quick look through the dealer's Pittsburgh cards.  It's usually just a matter of going through the motions - $5 for Tony Sanchez autos that I've been buying at less than $2.  Ten dollars for a Marc-Andre Fleury gu card.  You know the drill - local inflation.

But when I flipped past the Buc Blasters card above, it was at least worth a price check.  $5.  Yes please.  It's not a super high end card by any means, but the card was coming home with me.  I could have grabbed a copy off ebay, sure.  And it's not in the greatest shape.  But this is one card that was still left on a relatively small vintage needs list.  And this guy never, ever shows up in the discount vintage boxes from what I've seen.  So there you have my biggest purchase of the day. 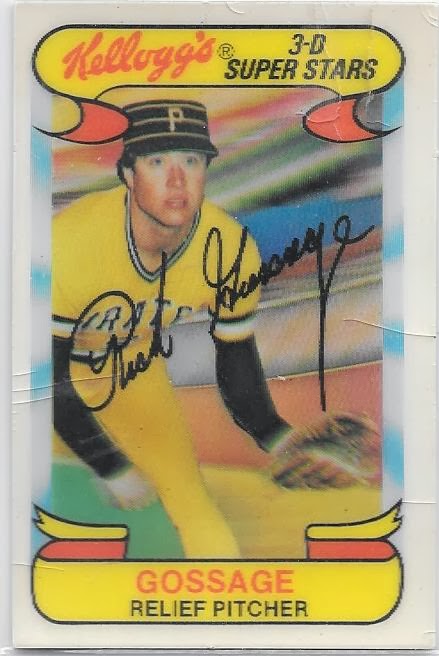 I had always worked under the assumption that Goose Gossage's lone year in Pittsburgh was never immortalized on cardboard.  Search after search yielded nothing.  No database listings of a Pirate card.

So I was pretty floored when I flipped across this in the dime box.  Goose?  In black and gold.

The card does list him as a Yankee on the back, which would account for it never showing up in searches.  But that is very much a pillbox cap on the front of the card.  Obviously it's not in the greatest shape, so hopefully an upgrade will be in the cards down the road. 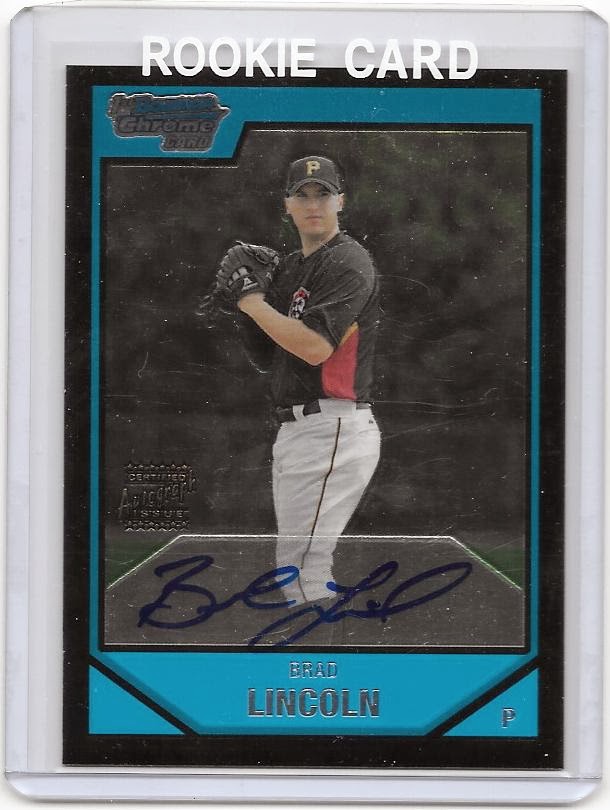 Since I started buying off of COMC in 2010 or so, I don't spend much time looking through game used and autos at shows.  Low end cards can usually be had for a dollar and chance, which beats the price at just about any show. 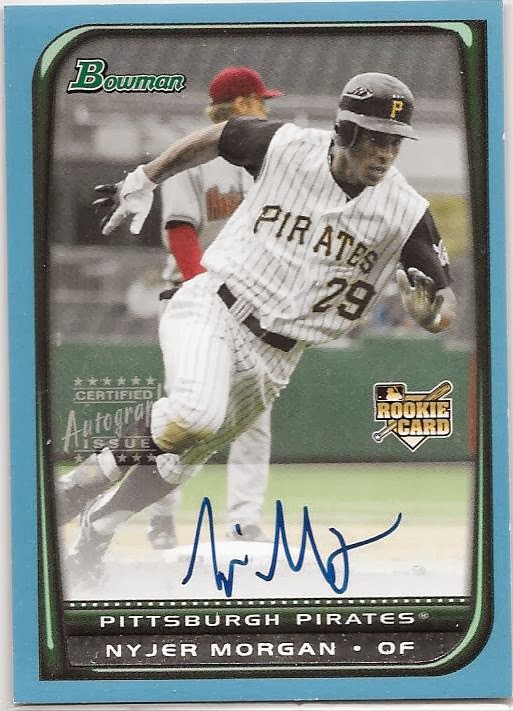 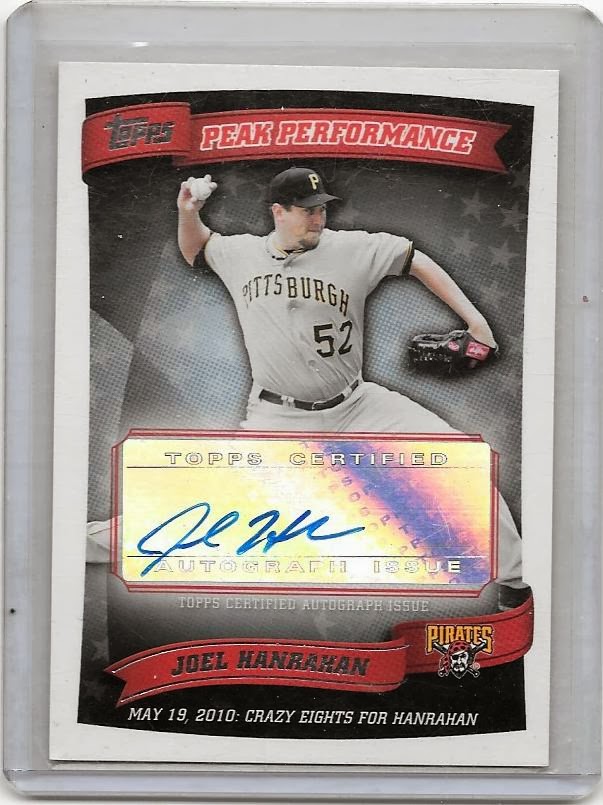 Note I said just about any.  All three of these autos were had for a mere $1 each.  I would have paid at least double that for the Hanrahan and Morgan, and I had been waiting for a price drop on the Lincoln Chromes listed on COMC for a while now.  It's tough to beat $1 autos. 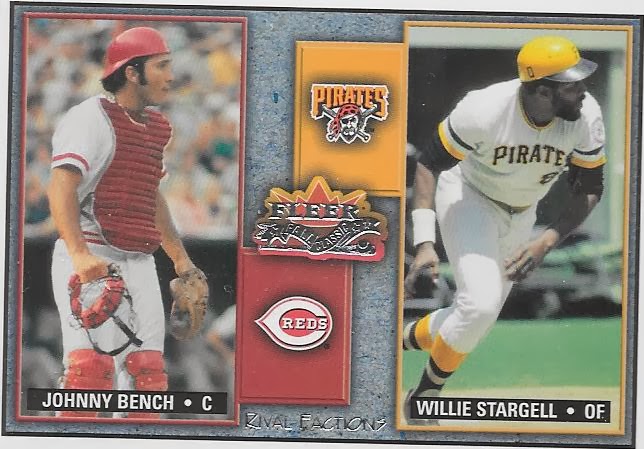 And just to round out the action a bit, I was able to bring home some Pirate inserts that I still needed a well.  The Stargell/Bench card is a cool piece capturing the 70's rivalry.  And the Clemente Chasing History mini was a nice pickup at $.50.  They probably aren't all that uncommon, but the Mini cards don't seem to make it into circulation that much. 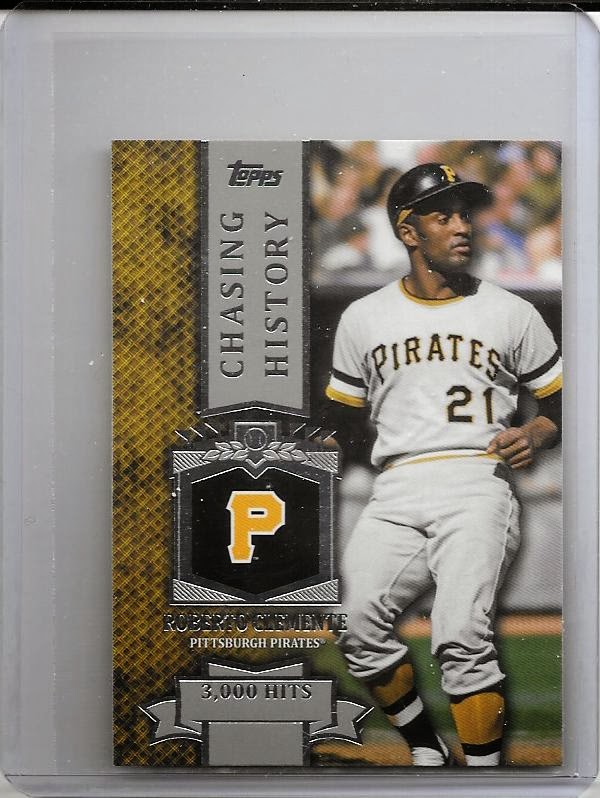 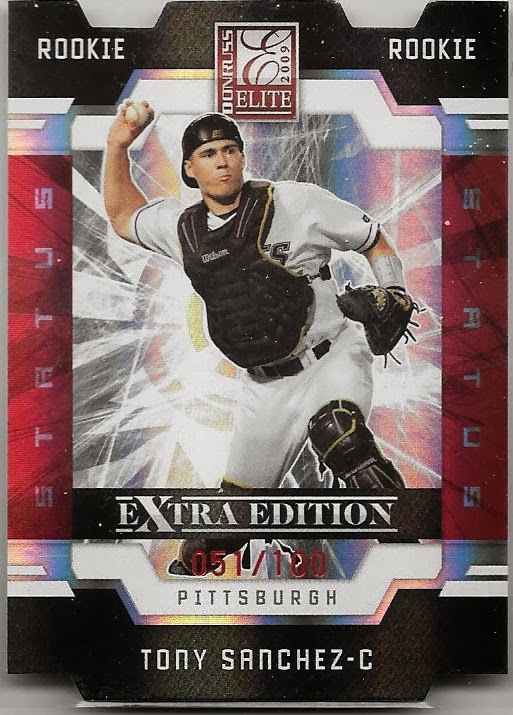 I had been anxiously chasing Tony Sanchez cards when EEE went live in 2009.  And by chasing, I mean I never actually caught any.  Prices were too high for my liking.  But as a 26 year old 3rd catcher?  Yep.  Prices are just where I like em.  Hopefully Tony will see at least a few years as a solid ML regular. 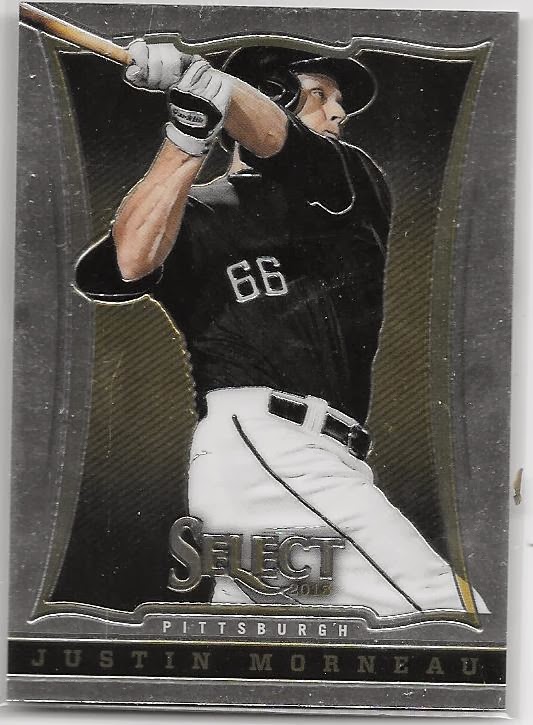 And closing on the "I didn't expect to find this card in a dime box" find: Justin Morneau's lone Pirate card.  Sadly the late season acquisitions of Marlon Byrd, John Buck, and Morneau slipped past Topps in Update.  And 2014 series 1.  But Panini had me covered at least on the Morneau.  The product was fairly recent and a higher end offering.  Plus very easy to scratch up.  So I was thrilled to find a copy in the dime box in perfect shape.  Another nice little memento of the Pirates postseason run.
Posted by Mark at 1:03 PM