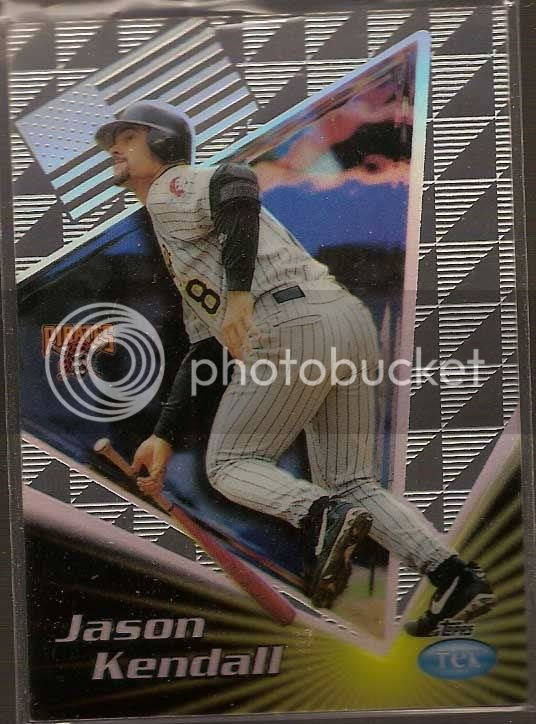 My card time has pretty much bottomed out to zero over the last couple weeks.  And my posting and collecting habits have reflected that.  Aside from some sorting last weekend, my piles of cards have remained virtually untouched for a while now.

But that hasn't completely stopped my from the occasional ebay search during some down time at work.  And while those searches have mostly been fruitless, I did hit one gem.

If you weren't collecting in '99, you're probably asking why I just excited about a lot of 16 of the same card.  And you'd be right.  Sort of.

Tek was perhaps the single most infuriating sets ever produced.  It made Moments & Milestones look reasonable.  The '99 set consisted of 45 cards, with 30 different background patterns available for each player.  Oh, and each player had two different photos, an A & B version.  For those keeping score at home that's 60 possible patten combinations *for the base cards.*  Don't even get me started on the gold parallel, numbered to 10.

So a lot of 16 cards?  That's 27% of the set!  Considering I had a whopping two cards before picking up the lot, not a bad dent in a nearly impossible to find release. 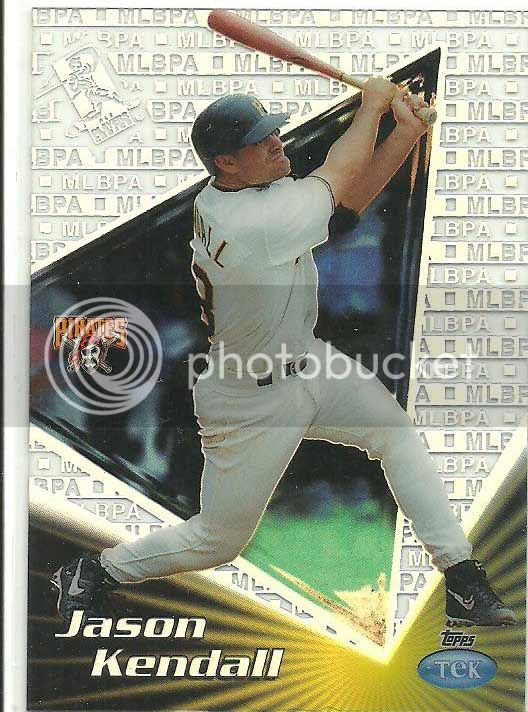 Somewhere out there I imagine there are boxes upon boxes of Tek commons sitting around, patiently waiting to fill in the rest of the open slots in my binder pages.  But in the mean time?  Not a bad start.
Posted by Mark at 3:05 PM