I'll Never Rip You, But I Love You Anyway 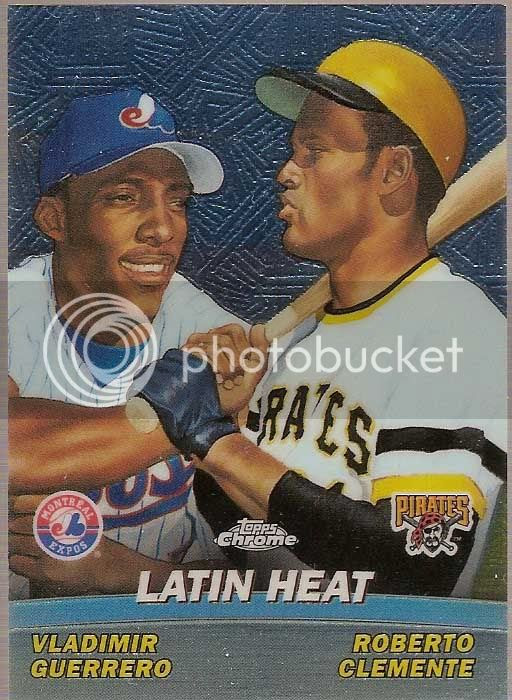 I don't think I'm alone in saying that the products that I ripped most often are ones that continue to have a special place in my collecting heart.  The short list includes 2000 Topps, 2001 Donruss, 1995 Topps, and 2002 Fleer.  Any chance I get to add some of the tougher to find Pirate cards - or really any rarer cards - from those sets, I pounce.

During my wax ripping days, I opened many a pack hoping to hit a Pirate Stat Line card, or Clemente/Guerrero insert out of 2000 Topps.  But luck never shined in my favor.  So to snag those cards later at less than the price of a pack?  Sign me up.

And that's the thing.  The price of a pack.

See, my wax ripping days pretty much died out around 2005.  By 2007, I was wax free.  I'm not one of those self-righteous waxaholics anonymous.  I don't look down upon the wax rippers - after all, that's how I get my team collector fix.  But my collecting life is a lot more enjoyable with wax out of the picture.

Right about the time that I quit wax cold turkey, pack prices started to hit crazy places.  In our hit driven hobby landscape, the pack is a notion of days gone by for many products.  Now you get a box - with some hits.  Base cards?  Nah.  Foil wrapper?  Who needs it.  After all, guys buy by the case anyway.

And that is where being a team collector is tricky.  See, I still want the cards coming out of these ultra high end products.  I need 'em.  But where to find them?  Ebay is great for the hits.  But what about the products that still have those outdated base card things? 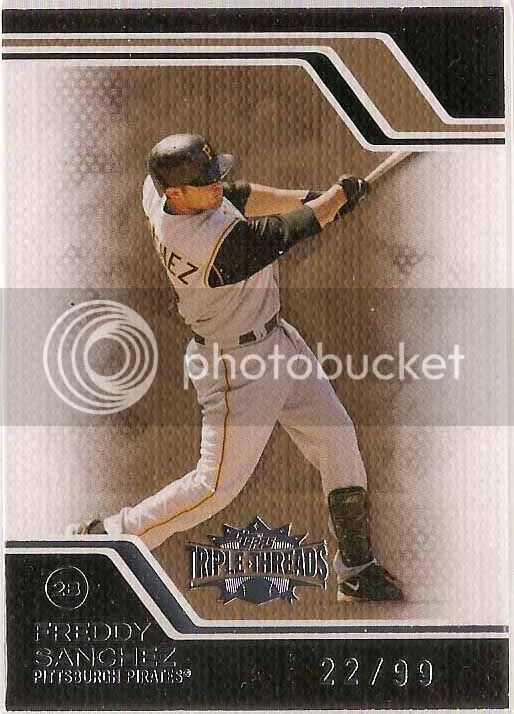 That becomes a more difficult question.  High end pack busting types aren't usually the guys writing blogs or sending out trade packages full of much needed 1983 Donruss cards.  And I'm not about to shell out $3 for some numbered base card.  So I sit back.  And hope. 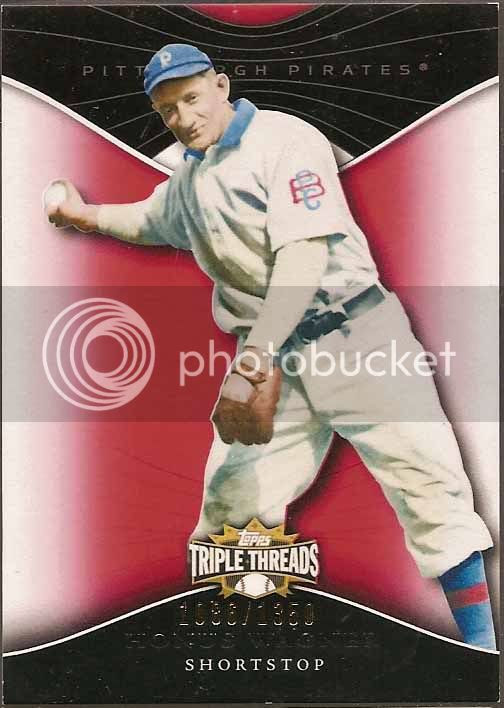 I can assuredly say that I will never rip a pack of Triple Threads.  Or Five Star.  Or anything else that is loaded with crazy hit cards, and $2 duds. I'm just not a gambler.  Never was, never will be.  Even when I was a wax ripper, I liked to play it safe...and cheap.  So those products with their base cards out of 1360 will never hold the special place in my heart that $2 packs of 2000 Topps do.  Or the pack within a pack of 2001 Donruss.  Or the incessant annoyance of 2002 Fleer, unable to complete a set of regular backs or gold backs no matter how many boxes I opened.  I'll never get a rush from tracking down a relatively common card from those sets simply because at some point in my collecting life it seemed like the coolest card on the planet.  So no, I'll never rip packs of you.  But I promise you a place in my collection just the same.