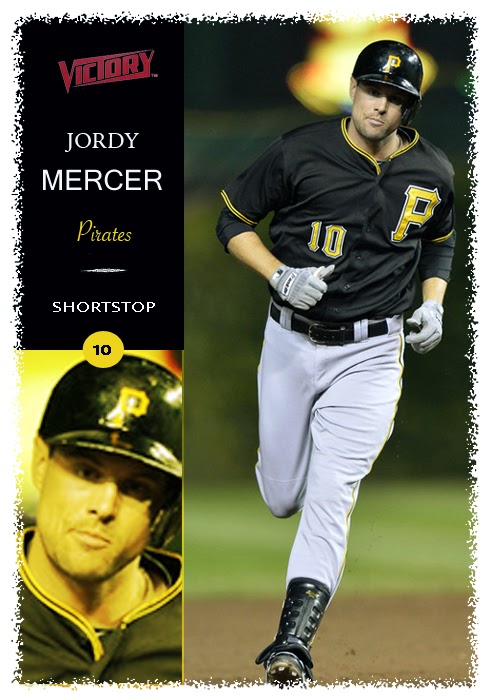 I had a little free time today while watching the WVU game, and decided to play around with Photoshop for a bit.  It's been a while since I've done much with custom cards, primarily because my nearly 9 year old laptop isn't too fond of running programs that require a lot of processing power these days.  But with Kate out shopping, it was a prime opportunity to jump on her Mac and mess around for a while - and work on learning the upgrades found on CS6 from the CS2 that I'm oh so familiar with.  Don't judge.

I was flipping through some cards for TTM requests, and came across few Jamie Moyer cards that had been forgotten about.  In particular, a 2000 Upper Deck Victory card.

Victory was one of my favorite sets in my triumphant return to collecting in 2000.  I remember my mom buying me a blaster of Victory - probably 10 packs of the stuff.  It didn't matter that it was a low end set (nor did I know the difference at the time).  I had a whole box of cards to rip open, all for myself.  The design is far from perfect - it's very busy, the photo selection was horrible, and the cropping even worse.

But the set brings back some great memories.  So why not try to throw together a template in photoshop?

The end results aren't perfect on my end.  I still need to play around with the fonts a little bit more to find a closer match, as well as some other minor tweaks (I didn't realize how tiny the jersey number bubble is supposed to be on the left side).  And while I was able to add an effect to the card borders that mimics the scuffed up markings on Victory, the pattern and shape is entirely wrong.  If anybody has any idea what kind of effect would be closer to what was used for the set, I'm all ears.

But all things considered, it was pretty fun to throw together.  For reference an actual card from the set is below. 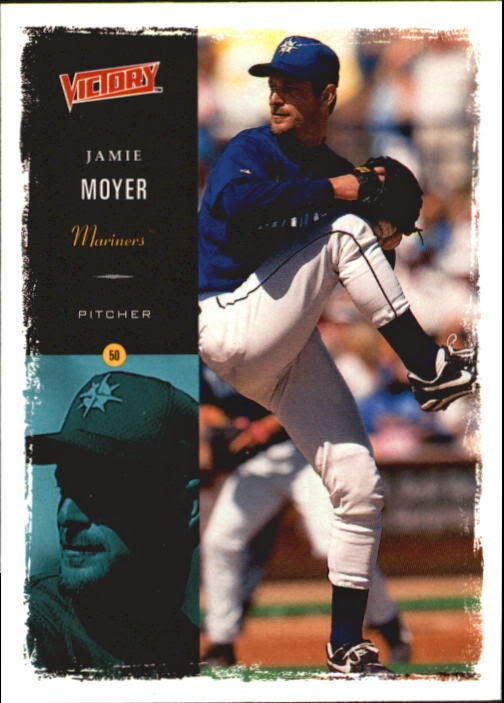 Any other favorite sets anyone would like to see recreated?  I'd be happy to give it a crack with my admittedly limited skills.