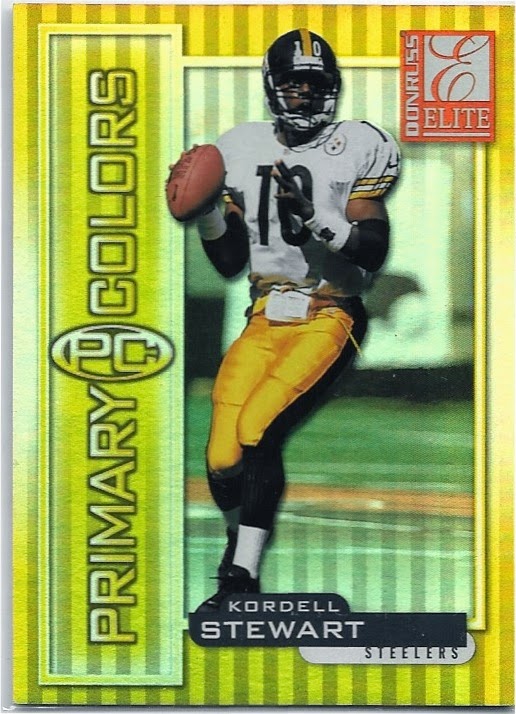 Yesterday was a pretty big letdown for Pirate fans.  There's a natural ebb and flow to sports, and Pittsburgh is undoubtedly a city that is crazy about its sports teams.   One of the fascinating things about living in Ohio was seeing just how different the sports culture there is.  In and around Pittsburgh you will rarely go more than a few moments without seeing something related to the sports teams in public.  Whether it's a car decal, Steelers tshirts hanging in a store that sells nothing related to apparel or sports, or a Lets Go Bucs sign out front of a business, the city's identity is linked to the way the city relates to its sports teams.
I like to consider myself a pretty smart guy, but there was something just dumbfounding about living in an area that wasn't "that" crazy about their sports teams.

It's been an interesting few years for Pittsburgh sports.  The Steelers have slipped into the middle of the pack after a pretty hearty loss to the Packers in the Super Bowl a few years back.  Expectations of reaching the Stanley Cup finals each and every year for the Pens are perhaps a bit unreasonable, but the team has continued to fall short in the postseason after stellar performances during the year.  And the Pirates finally turned things around, but have yet to bear fruit in the postseason. 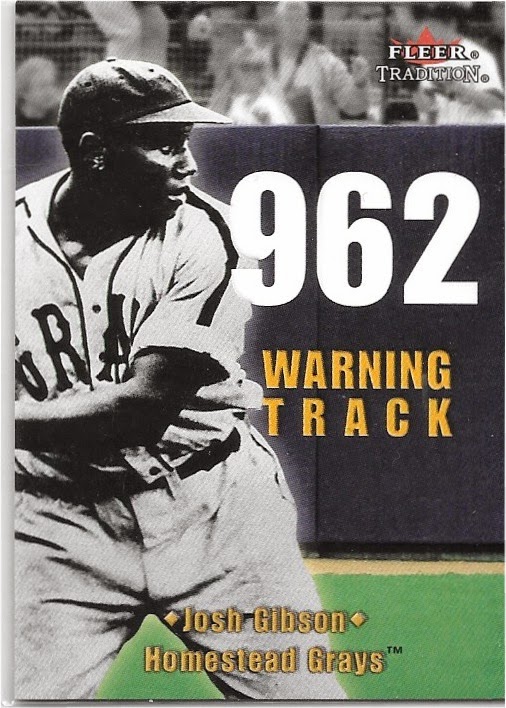 And that's where things sit today, following a blowout loss that kicked the Bucs out of the playoffs.  It'll probably be a few months until there is any substantial news about the Bucs.  For me this is the slow season - I might catch a most of the Steelers season, and I'll watch hockey here and there.  But nothing compares to my love of baseball. 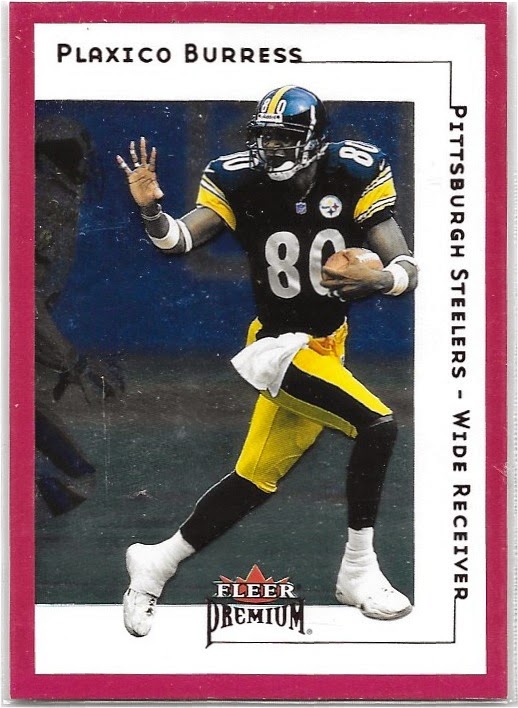 But that certainly won't stop me from collecting cards. 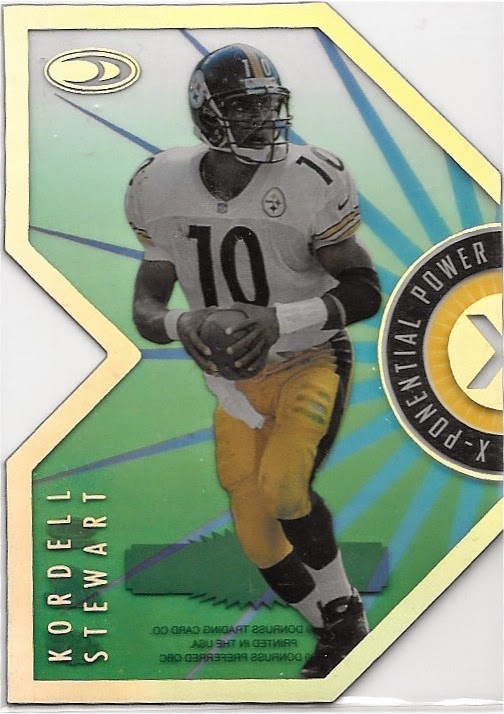 All of the pickups in this post came from the National, mostly from one dealer's quarter boxes.  While I was mostly looking for Pirate cards to add, I didn't pass up a chance to snag numbered cards of Steelers for a quarter.  One box contained almost nothing but numbered inserts from 1998-2000 Donruss products.  Most of the stars were pulled, but it was a perfect chance to add about two dozen new cards to my Kordell Stewart collection. 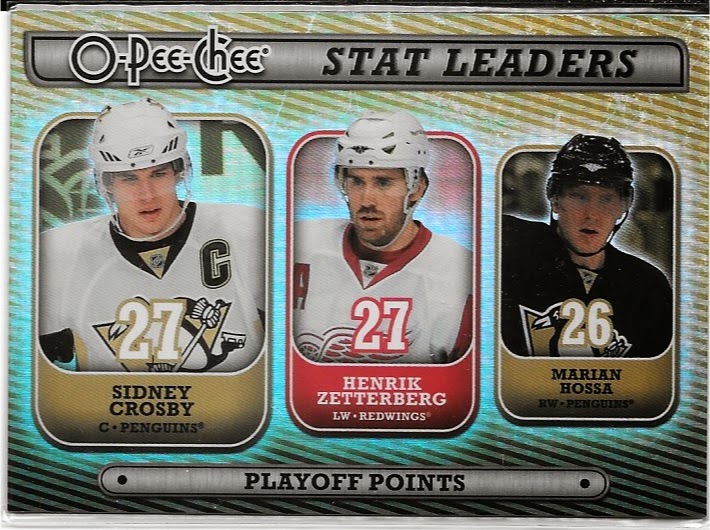 And of course I couldn't pass up the chance to add to my lesser collections as well.  I know OPC is a lower end hockey product, but this Stat Leaders card not only features two Pens, but also has some awesome old school foil. 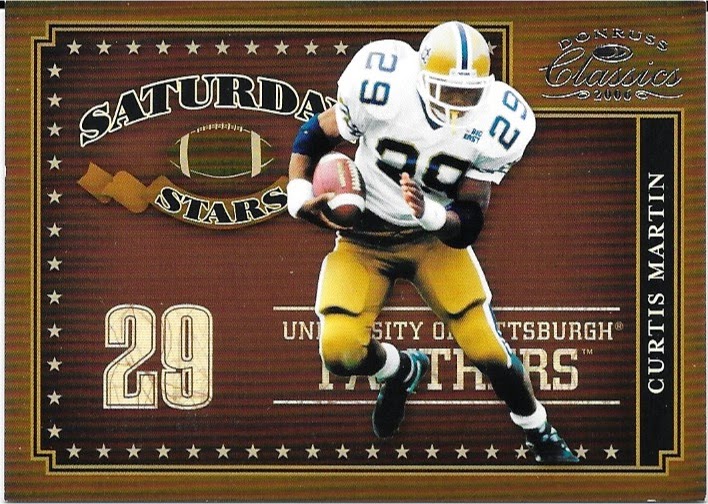 And despite being a proud Mountaineer, I still have a soft spot for my childhood favorite Pitt Panthers.  How many Curtis Martin cards are there featuring him in his college uni?  Not too many I'd imagine. 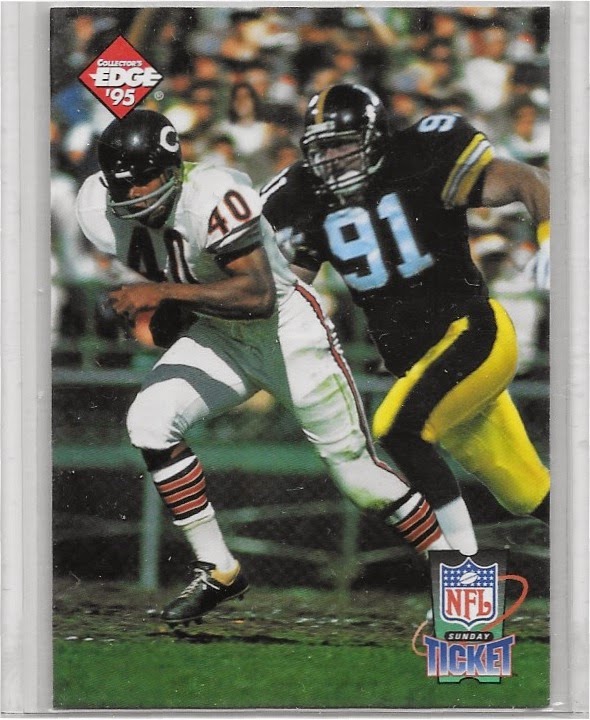 Is that...Kevin Greene chasing Gale Sayers?  Yes, why yes it is.  I don't think I need to explain why or how this card ended up in my pile. 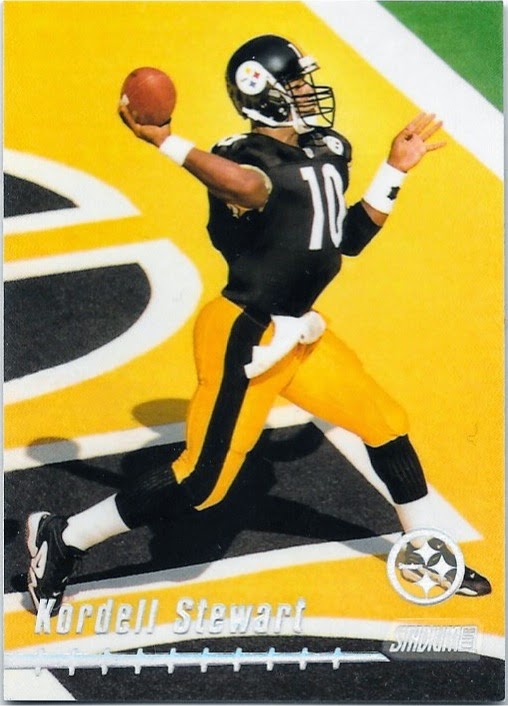 But of course there's always room for dime box digging as well.  One of the things I dislike most about the move out of Three Rivers was the coinciding destruction of old Pitt Stadium, with the Panthers and Steelers now sharing Heinz Field.  It's hell on the turf, but more importantly the Steelers awesome endzone logo has been replaced by generic white striping. 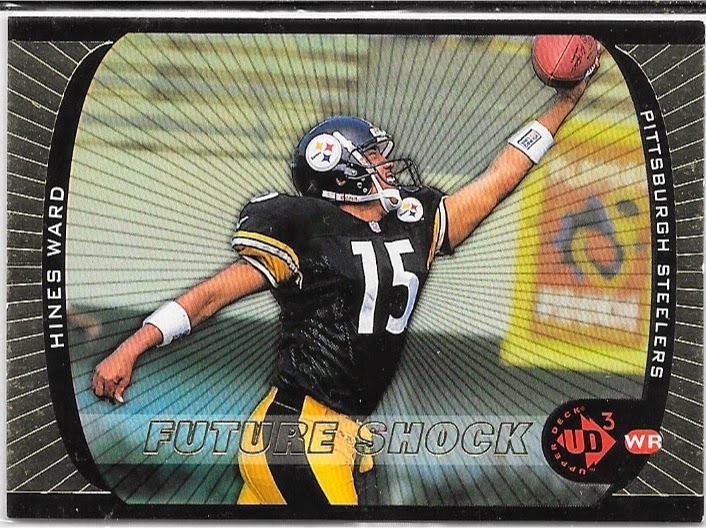 Speaking of dime boxes, I found about half a dozen different Hines Ward rookie cards in dime boxes at the National.  That's something that would be almost impossible to imagine happening in the Steel City.  I didn't have any Hines cards aside from a UD Choice card I pulled as a kid, so they were welcomed additions. 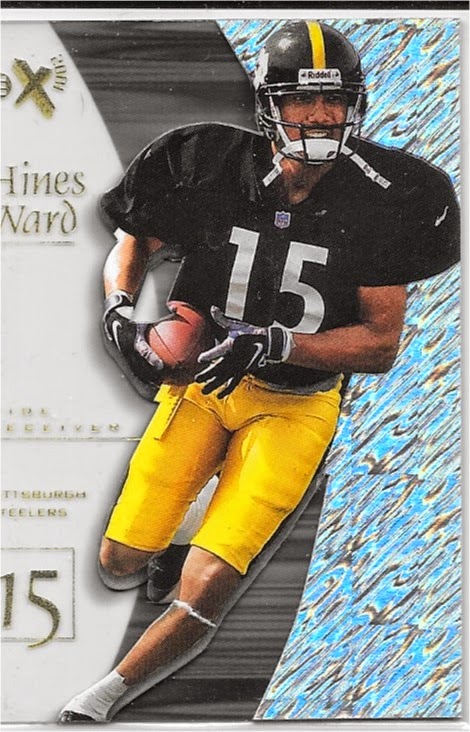 But then again so was this one.  This came as part of the large number of signed cards I picked up over the weekend.  Most of my pickups were baseball, but I couldn't say no to an autograph of the Steelers legend, even if the black signature is a bit lost on the card. 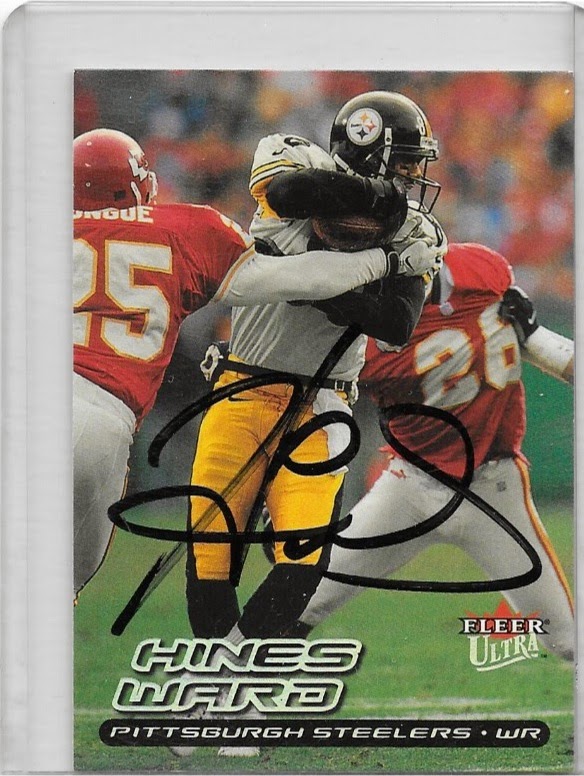 See, the perfect distraction to take my mind off my Bucs.