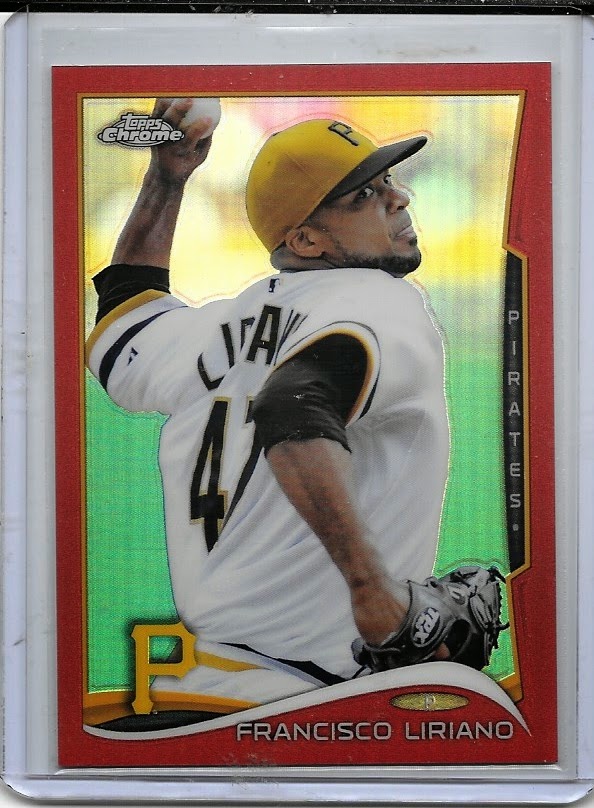 It's nice to see Frankie Liriano making it into quite a few sets this year.  It seems like Pirate free agent signings rarely get any love.  Granted there haven't been many players worthy of inclusion on cardboard, but even some of the better signings like Kenny Lofton and Russ Martin haven't had many cards in a Pirate uniform.

Unfortunately it's probably a safe bet that Frankie is on his way out of town for richer pastures.  But at least I'll have some shiny cards from his time in the Burgh.
Posted by Mark at 12:24 PM