COMC Haul a Year in the Making 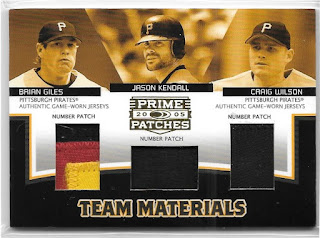 I've been a longtime fan of COMC.  I first found about about the site around 2010, and since then the bulk of my non-dimebox buying has come on the site.

There have been quite a few developments over the last few years that have left me questioning the site's future and the decision making behind the scenes.  But when push comes to shove, scratch an itch for me.  My card buying had basically been in hibernation during 2017.  But I did occasionally pop onto COMC to see if there were any cheap cards I was interested in, and doing some buying during their Spring Cleaning sale.

Usually I wait for one of their free shipping promos to have my cards sent to me.  I can't remember if I didn't meet the buying threshold in the spring, or if they simply didn't offer free shipping.  Either way, cards had been building up in my account since the end of 2016.  I usually wait until I have a nice round 100 cards so I can also take advantage of their $5 credit for every 100 cards you ship in a month.  So there they sat and sat as cards drifted further to the back burner. 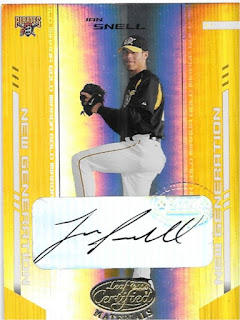 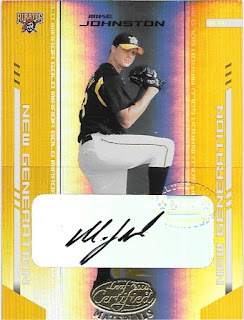 After finding my collecting groove again over the holidays, I made out pretty well on COMC's Black Friday and Cyber Monday sales.  So when I finally got around to shipping my cards, I ended up with over 200 new cards at my doorstep.  So here are a few of my favorites from the bunch. 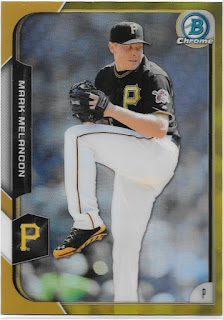 One nice thing about collecting the Pirates is how well gold borders add to their cards.  Gold refractors, Topps gold, Mirror Gold.  If it's gold, it works.  I've been trying to chase gold refractors of Pirates since the mid early 00's when the cards first showed up.  But with Topps' parallel-palooze in recent years and the rookie heavy focus, it's brought prices down on regular 'old gold refractors.  I added about half a dozen new ones, none of which cost more than $2. 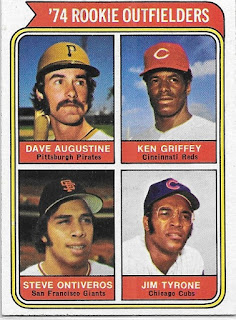 I also love COMC for filling in holes in my vintage collection.  I'm not too picky about condition, so it's great for bargain hunting.  This '74 Ken Griffey RC was the last card I needed for my '74 team set.  Even for a high number card, it's always been pretty tough to find even at vintage-heavy shows locally.  So I was more than happy to pull the trigger for a little under $1. 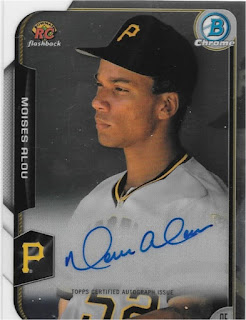 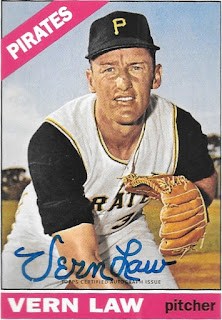 And COMC is always great for autographs.  I already had a Moises Alou IP auto in my collection, but couldn't pass on the chance to add this short-term Buc.  Maybe the mid 90's would have played out differently with Moises in the outfield.  Very Law was my dad's favorite Pirate.  He's another player I have plenty of autographs of already, but couldn't pass up this beauty. 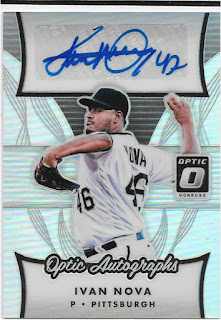 I know some collectors won't touch Panini products because they don't have logos.  But I love the extra effort Panini goes to to get autographs from a range of players.  Sure beats the same 2-3 names Topps includes on every.single.checklist. 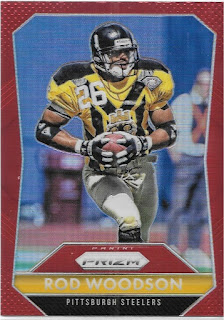 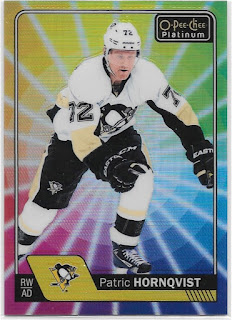 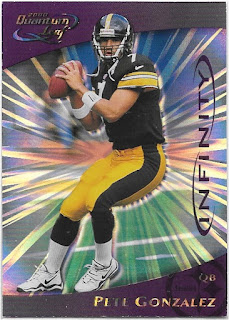 And of course I couldn't go without adding a few non-Pirate cards to my collection.  I don't know much about the Upper Deck e-pack products.  But I know that I love adding some of the inserts and parallels from those products for dirt cheap.  With the two year Cup run the Pens have been on, I've had a good excuse to add some more hockey cards to my collection. 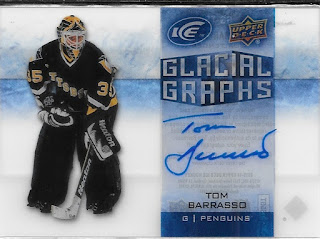 But you have to have some classic players as well. 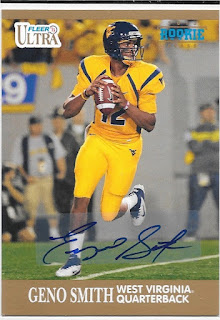 While I wish Geno Smith's career was playing out a little differently than it has, at least his autographs have finally fallen to reasonable prices.  This is my first Geno graph in a WVU uniform.  I really liked the Fleer Retro products UD put out for a couple years. 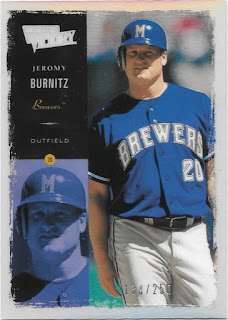 And of course what fun would it be if I didn't start collecting a new project?  While on my COMC buying spree, I grabbed a handful of 2000 Ultimate Victory parallels /250.  The cards look great with a foil border and refractor finish, it's a relatively small with a design I loved as a kid, and not so low numbered that they're impossibly rare.

I doubt I'll ever complete the set - star players are still a little pricey and they aren't terribly common cards.  But I should be able to complete the majority of the set on the cheap.