What in the Hall? 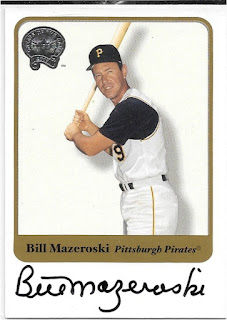 The day Hall of Fame inductees are announced is always exciting.  As a baseball nerd, I always enjoy looking at the voting results and seeing who is trending up or running out of eligibility.  Gavin posted a great piece yesterday reflecting on when he might see another HoF inductee for the Padres, and it got me thinking.  As a Pirate fan, expecting less has sort of become a given.  The losing streak.  Getting number 1 draft picks in some of the weakest drafts.  Having one significant player in the Mitchell Report.  We can't even cheat properly!

I thought about the next time I might see a former Pirate in Cooperstown.  Bonds, if he eventually gets in.  But he left Pittsburgh when I was 4 years old.  Possibly McCutchen if he can continue to string together strong seasons through his 30's, but he doesn't rack up enough hits or homers to have a chance at any major milestones.

And then it hit me.  I haven't seen a single Hall of Famer play in black and gold on a baseball field.  Don't get me wrong.  I've gotten to see an embarrassment of riches play in Pittsburgh.  They've just always done it on ice or a football field.

The last time a Hall of Famer suited up in a major league game for the Pittsburgh Pirates was October 3rd, 1982.  Willie Stargell had a pinch hit in the Pirates final game of the season. 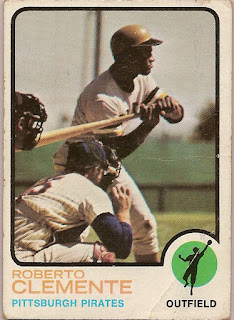 That was 35 years ago.  A lot has changed.  In 1982, free agency was six years old.  Since then, we've had seemingly constant player movement between teams.  Seeing a Hall of Famer play for 5, 6 different teams in their career is commonplace.  Steroids helped players extend their peak playing years, playing longer and at a higher level that would keep them in demand to many teams.

Whether it's a future Hall of Famer like Ichiro eeking out a few more seasons in Miami or a hired gun like John Smoltz hoping to put a playoff contender over the top, it seems like every team but the Bucs has seen a Hall of Famer in recent years. 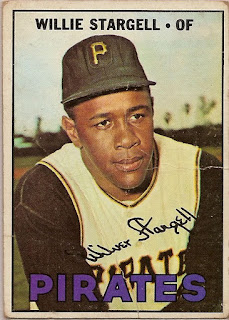 So I did some digging.

And I was right.  The Pirates have the longest streak in the majors since a Hall of Fame player suited up in uniform for them.  And it's not even close.  Second place is a tie between the Royals, who last had George Brett in 1993 and the Rockies, who have haven't ever had a Hall of Famer play for them (though Larry Walker may change that in the next couple years). 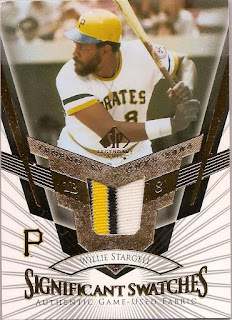 So there you have it.  Insult to injury.  If I wasn't on board with Barry Bonds' Hall of Fame case before, I sure am now.