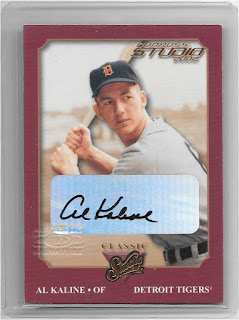 There's a part of me that feels a little silly even writing this post.  As I mentioned in my last post, I came across a box of my collection that dates from about 2002-2005.  I don't mean to make it sound like the box was lost, or misplaced, or the contents utterly forgotten about.  But it was tucked away, hidden behind the lower clothes rack in my old bedroom closet, out of sight, out of mind.

Timing is everything, after all.  Through my high schools years, my collection didn't have any focus beyond my Jack Wilson collection.  I ripped packs and hoped to pull cards that were worth something.  Around 2006 I started focusing on getting a certified autograph of every Pirate who had one in a Pirate uniform.  And as I headed to college, my collecting habits had no choice but to change.  I no longer had access to a car, or a LCS.  Ebay was my best and only way to add new cards, and my Pirate collection became the focus.

So all these cards?  Safely tucked away, a story behind each one.  Like I said, out of sight, out of mind.  It's almost a collection within my collection, a relic of my collecting past.  I'll warn you in advance - this post is pretty picture heavy. 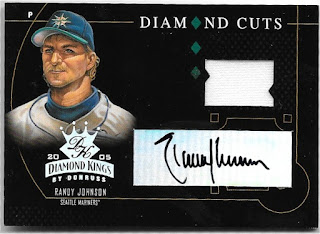 Is it sad to admit that you forgot about owning one of your favorite cards?  This card came from a time when Randy Johnson was one of the least available superstar autographs.  But I like the story as much as the card.  The guy who was usually working at the LCS got to know my mom and I pretty well, since we started stopping after my weekly music lessons starting in grade school.  As I was opening a few packs each week, he would occasionally open a few himself, and if he saw a hit inside he would let me have the pack for the SRP price.  I was opening a few packs of 2005 Diamond Kings without any luck, when he opened a pack.  He said "here, you want this one" and added it to my stack.  As I slowly opened the pack, knowing I had at least hit a jersey card, my jaw dropped.  The card is numbered /5, and Mariners era RJ was one of my absolute favorites.  I think Johnson has been signing for Topps more recently, but this is still one of my favorite cards. 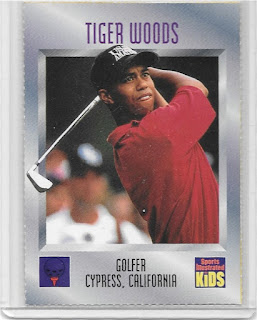 Speaking of cards that may have dropped in value, is this Tiger SI for Kids card even still worth anything?  It was red hot at one point.  Was I the only one who would check SI for Kids out of the school library and take out the perforated card insert?  I guess I was a bit of a devil in elementary school... 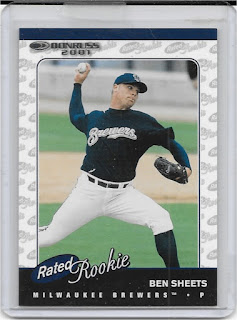 2001 was such an amazing year to be a collector.  Higher end products had just started to hit the hobby, right along with Ichiro mania and some rookie in St. Louis.  The higher end stuff was out of my price range, but I had a blast chasing rookie cards in some of the lower end products.  I pulled the Ben Sheets above as a redemption in my first pack of 01 Donruss.  There were two redemptions in the set - Sheets and some guy named Albert.  They're numbered out of /500, and apparently are relatively tough to come by. 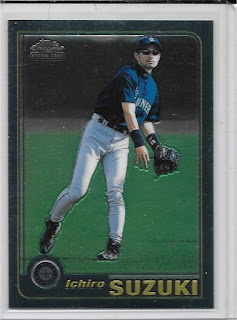 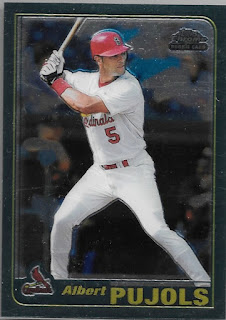 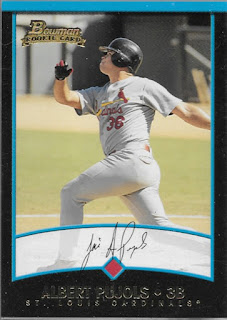 And of course what early 2000's collection would be complete without Ichiro and Pujols.  I think I'll officially know I'm old when they retire.  Though with Ichiro's conditioning that may still be quite a way's off.  Who knows. 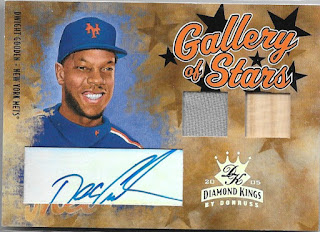 It's interesting to think about what the actual supply of autographs is for some of the players out there.  In the early 2000's, pack certified autographs were still fairly tough to come by.  But some of those same players have had a steady stream of autos for more than a decade.  Even the game's greatest players have created a seemingly unending supply.

It makes me wonder what supply will be like for some of these players 10 or 20 years from now.  I'm sure high end and player collectors will keep prices inflated for Griffeys or Trouts.  But will there be a day when an auto for someone like Kershaw is as common as Rollie Fingers is today? 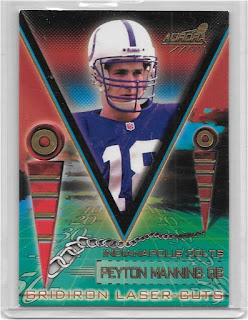 Sometimes I forget just how many HoF autographs I have in my collection.  While they're not something I actively seek out that often, and I'm surely never going to be one of those people who try to get an auto of every Hall of Famer, I do enjoy having some of the game's greats in my collection. 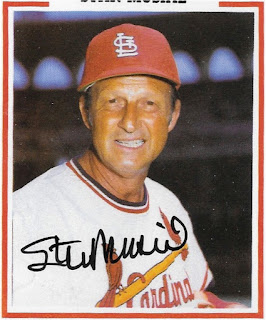 And of course the way they found their way into my collection is just as unique.  Like the Musial, which only cost me a stamp.  Or the Carew, which was given to me by an Australian collector I became friends with on the Beckett message board back in the day.  I found out a year or two later that he had committed suicide.  It's a special piece to me that won't leave my collection. 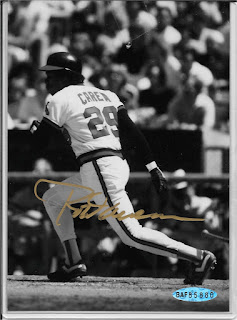 The Bench was one of my better pack pulls to date.  I love buyback autos, though I do hate that it's a multi-player card with only one autograph.  It's been a lot of fun reconnecting with a chunk of my collection that I haven't really enjoyed over the last decade.  And just as much to think of the people, places, and events that go along with each of these cards.  It almost makes me want to go out and rip open some packs again. 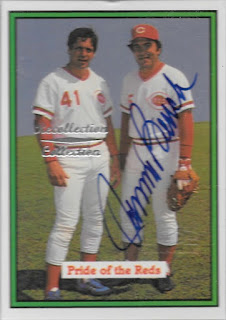