With what I posted earlier today, I would have been perfectly content if I walked away with just those hits for the $30 I spent on the break.  After all, group breaks are often a losing proposition.  To come away with not one but two autos?  Not a bad day.

But the cardboard gods smiled favorably upon me.  Things were just getting started. 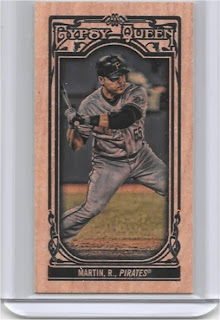 This was card actually hit in the last box, but it's by far my favorite from the break.  I've had a bit of a cardboard crush on the wood minis since they were introduced in 2006 A&G.  Thing is that I've never been willing to shell out what the 1/1 would cost.  The Wood minis in Gypsy Queen are /5, so not quite the same pizazz as a 1/1.  But I'll gladly take it.  Russell Martin was by far one of my favorite Pirates this past season, so I couldn't ask for much more.

I already had the plain mini and black, so I may need to track down the green mini /50 to complete the mini rainbow.

Oddly enough while the break was very top heavy for me, there wasn't much in the way of lower end hits. 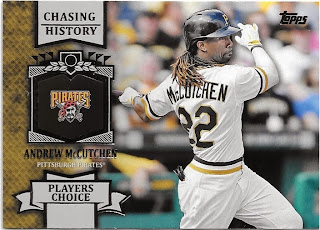 I only added about a dozen new base cards, since I already had complete team sets from Gypsy Queen and only needed one common from Archives.  And aside from the Martin above, I was totally shut out on minis.

Archives has quite a few Pirate inserts I'm missing.  I hit a pair of cards I needed, but they weren't any of the tougher ones.  Still, they're welcomed additions. 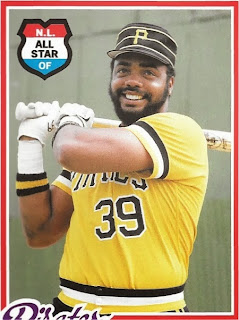 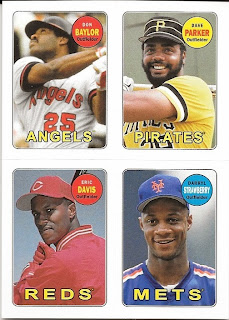 Really Topps?  You guys couldn't spend an extra 5 minutes in the archives to find a second photo of Parker to use?  Just.  Stay.  Positive.

The two boxes of Bowman Chrome we broke were largely disappointing.  With the insane number of refractor levels they've added to the product, I would have expected more hits.  But our boxes held just a couple of base refractors, a rookie reprint card, and one or two Cream of the Crop minis.  No fun and exciting color, leading me to assume Topps has cranked up the presses yet again this year.

Oh, but there was sooooome color to the box. 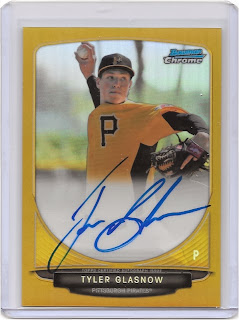 I've long professed my love of gold refractor Pirate cards on this blog.  But gold refractor autos always fall above what I'm willing to pay, with even some of the most flamed out ex-prospects selling in the $10-15 range.

But Glasnow is no flamed out prospect.  He won the Pirates Minor League Pitcher of the Year award this past year, dropping an astounding 2.18 era with a 13.1 k/9 ration in low A at the tender age of 19.

It's tempting to sell, with completed auctions in the $100+ range.  But this card is just so nice.  I've always shied away from prospects (until they hit the bargain bin, that is), but Gladnow looks like he may be the real deal.  A 5th round pick, his 6'7 frame has the makings of a power pitcher.  Obviously he's still a long way from ever pitching an inning in a non-airbrushed black and gold uni.  But that is one niiiiice piece of cardboard.

Maybe I should keep on this group break kick.  Or buy a lottery ticket.  Luck seems to have turned in my favor lately.