"Wait, When Did He Play There?" Wednesday

As a kid, my thought process for picking my favorite players wasn't particularly complex.

Starting Lineups.  Your reaction is most likely either utter confusion about what I'm talking about or flashbacks to an investment gone horribly wrong, depending on whether or not you were collecting in the 90's.  There really isn't a lot of middle ground.

Except for me.  As a kid, they weren't investments.  Value didn't matter.  Heck, the player wasn't really even that important.  Instead, I spent my evenings playing an intricate game of baseball on our gameroom floor while my dad would be watching sports.  Our forest green carpet served as the field, with those mini ice cream helmets serving as the outfield wall (and the couch serving as my own version of the green - or in this case a hideous shade of peach - monster).  Crumpled up wads of paper served as the ball, and SLU's wide range of batting, pitching, and fielding poses allowed me to field a full roster of batters with permanent fielders.

What happened on the real baseball diamond didn't matter much.  Instead, the exploits on my carpet were far more influential in determining my favorite players.  That's the reason I still think Carlos Baerga is awesome.  Or that Brooks Robinson isn't so great (he was in a very lame pre swing hitting pose that was terrible for hitting my paper baseballs).

And the star of the fielding bunch was Wil Cordero.  Posed in jumping and throwing position at second base and wearing a bright blue Expos jersey, Cordero was, simply put, an awesome piece of plastic. 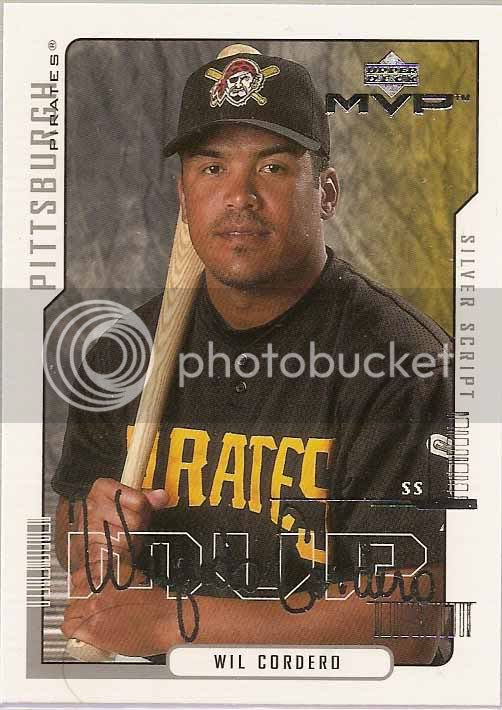 So when the Pirates signed Cordero for the 2000 season, the slightly older, more mature baseball fan certainly grasped that we weren't getting the best player on the face of the planet.  But the 7 year old inside me did not care one bit.  And it didn't matter that the slick fielding middle infielder of my fantasy league had since become a lumbering corner outfielder. 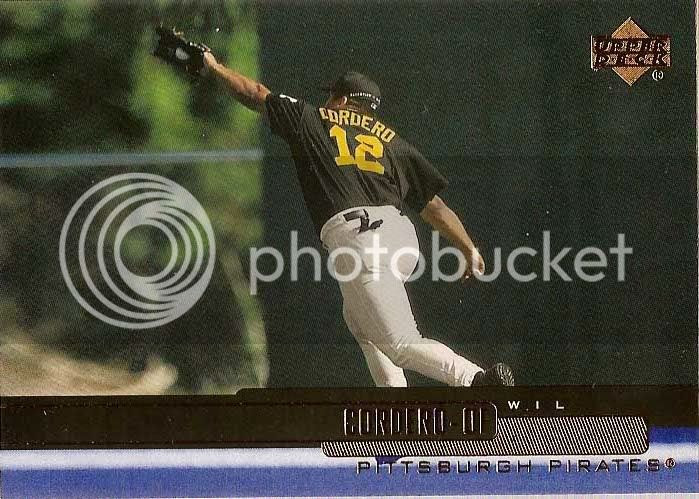 And then Wil Cordero actually played baseball.  Cordero was maddening in his time with the Pirates.  He consistently misplayed balls down the line in Three Rivers rounded corners.

He hit well during his time in black and gold, but it certainly won't be the way his career is remembered.  Even by me.  I'd rather just stick to the plastic version.