By The Numbers: Are Low End Products Still Feasible? 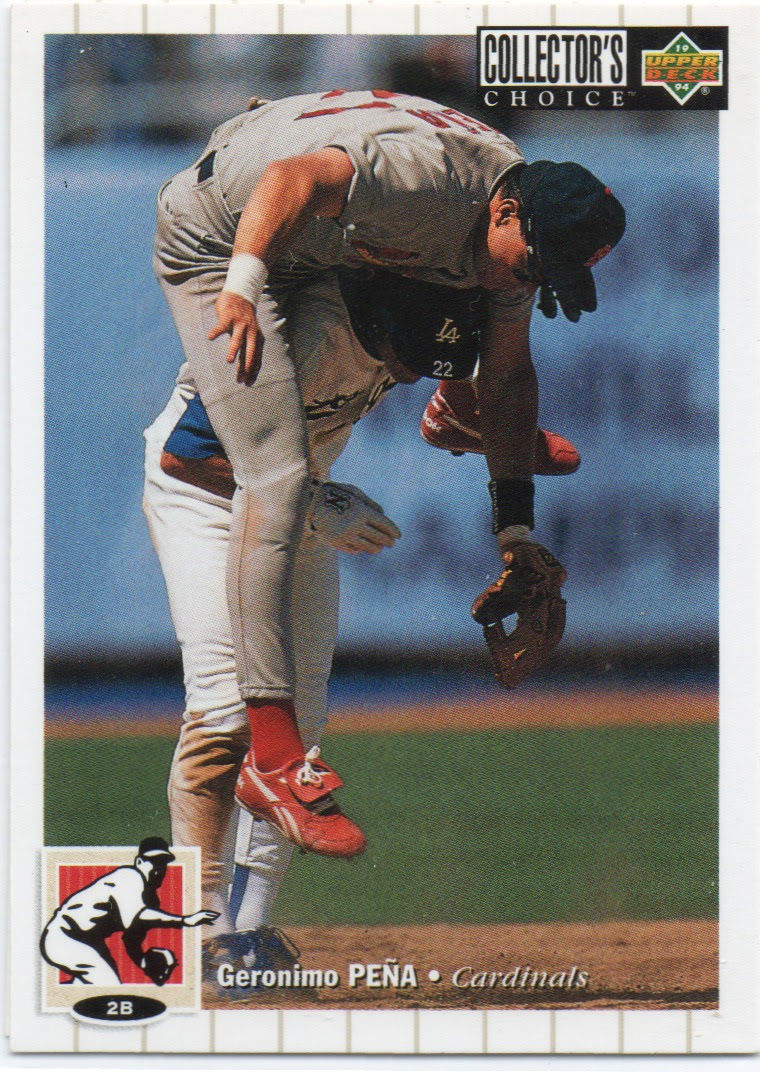 There's no doubt that the card industry has seen radical change over the past 30 years.  I'm not even talking about the more micro changes - the shifts from set building to inserts to the big hits.  Let's just talk about the industry as a whole and its players.  Forbes cites industry sales at $1.2 billion in 1991, having fallen all the way to just $200 million in 2008.  Presumably current numbers may be even lower.  Estimates put annual card production as high as 80 billion cards in the early 90's.  While Topps seems to have nearly a billion parallels in Flagship this year, I still don't think the numbers climb quite that high.  And who is making the cards has changed.  Gone are the days when a fly by night company could essentially open shop on a rich investor's whim, get approval for a license, and start printing cards within a matter of months.  Longtime players like Fleer and Donruss are gone or printing logoless cards, while the Pinnacle's, Pacific's, and Pro Set's of the world have faded from collector's memories.

So what does the hobby look like?  I think we all come across the stories every few months that get picked up by ABC News or Forbes on how the industry is crumbling, nobody collects cards, and those cases of 1988 Topps you were hoarding are completely worthless now.  Is it reactionary?  Sure.  Is it largely true?  Well, yeah.  Go to a card show, and just people watch for a few minutes.  You might see a few kids there with a parent or grandparent.  You'll probably see the typical local flippers and dealers, trying to scoop up any and every card they can turn for an extra buck or two - the same guys who have been prowling the same mall shows since the "good old days" of the show circuit.  But you'll probably also notice that there aren't...really all that many people to watch.  The mall show that used to have 20 dealers on the top and bottom level might now have a small circle of tables, compressing in on themselves for safety like a circle of Conestoga wagons trying to weather an Indian attack.

But even for someone who feels like he is pretty in tune with the modern hobby, I wonder just how deep those changes are felt.  How much has the hobby fundamentally shifted, in hard, concrete numbers.  I have suspicions, I have hunches, but I don't have hard numbers.  I'm not expecting to do any in depth, hard hitting investigative reporting here.  This isn't Watergate.  But I would like to see what a modern product looks like once you peel back the layers of sticker autographs, foil board, and patch chunks.

The goal here is twofold: to better understand the composition of modern products and why hit-driven products are dominating the marketplace; and secondly to see if it would even be possible for a low end, base driven product to be profitable in today's marketplace.

To do this, I'll be looking at three products - 1998 Collector's Choice, 2013 Topps Chrome, and 2014 Topps Opening Day.   These three products were chosen because they had readily available data of odds for numbered cards that could be extrapolated into overall print runs. I wanted a low end product from the tail end of the days when you could find a card show in a local VFW every weekend and a card shop in every town.  2013 Chrome had information available on dealer direct cost and odds data.  Opening Day seems to be representative of the one product still produced at a low price point, and has seen relative success in recent years, but may or may not be operating as a loss leader to engage younger consumers.

I think the numbers I calculated are correct, or at least within the ballpark of actual production runs.  But I'm an English major here guys, and numbers are my mortal enemy.  If something looks off, please correct me, so these calculations can be as accurate as possible.

I'll be breaking down each product individually in its own post, and then providing analysis at the end.  If you're not interested in the nitty gritty, skip down to the bottom.  And after years of being drilled to show my math by math teachers, I have included the calculations in case anyone cares to double check my arithmetic.

Auto relic base cards - Hobby exclusives #'d out of 10, 30 subjects.  1:3715 packs
***I've seen it commonly reported that Topps withholds 6% of the production run for replacements and God knows what else, so I removed 6% of possible inserts from these calculations

This means roughly 693,600 retail packs of 2013 Topps Chrome were produced.  Those cards would be split across retail boxes and blasters.

Cards are sold in 4 card packs, with the majority of packs containing 3 base cards and one insert/refractor/autograph.  That would mean base cards would have a print run of between 23,500 and 24,000 copies per card.

So that's what we know.  Now things get a little more tricky.

Topps has actually maintained a surprisingly consistent price point on Chrome, with 4 card packs retailing for $3 back to the late 90's.  Presumably that means that the per sheet printing costs of Chrome has actually gone down since the technology was debuted in 1996.

2013's product featured two autographs per Hobby box, made up almost exclusively of rookie autographs.  It appears that most of these players are paid between $1.50-$3 per autograph.  For comparison, a legal dispute records basketball stars Derrick Rose ($25), Tracy McGrady ($50), Russell Westbook ($12) being paid more per autograph.  These scales would presumably translate to baseball, while superstars like Jeter, Trout, or Hank Aaron would presumably be closer to the $100 mark.

In short, the hits are probably costing Topps about $5 or per box in Chrome.

Let's extrapolate that to a product like Topps Tier One, which retails for around $1,200 a case and holds 2 autos per box.  The quality of player increases slightly, but there are still plenty of Adam Eaton's and Brent Morel's in there.  I'd guess an average autograph cost would increase to around $10 per signature, with the case hit costing between $50-100.

Conclusions:
This print run for TC seems to be in line with their Bowman Chrome press runs, and I'd imagine is typical of a midrange product with a relatively weak retail market.  While the cost of the technology has almost certainly gone down from when it was first introduced, Chrome cards still presumably cost more to print than lesser stock cards.  Factoring in printing costs of base cards, parallels, and inserts, plus the known dealer direct cost per box, I'd imagine Topps can make a box of cards for around $20.  Of course there are overhead costs, design (limited in this case, since TC is mostly just a reprint of Flagship cards), and marketing (which never seems to be more than an ad or two in Beckett).

There's certainly money to be made, but it does seem pretty interesting that the "value" collectors pull from the box actually often seems to line up with what Topps put into the box.  Know how you're pissed you only got $20 worth of cards from a $75 box?  Well, that's apparently about what went into it.

Up next I'll be digging into 1998 Collector's Choice to give a little context to the conversation.