I Walked the Plank: Trade with Bob Walk the Plank 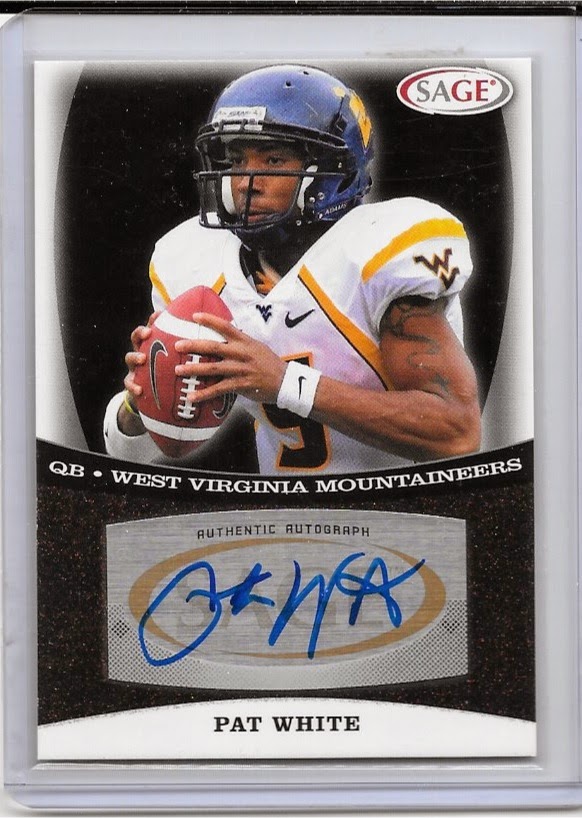 The Pirate online collecting community is a pretty small group.  I'm not sure whether it's because there just aren't that many Pirate collectors, if most of the Pirate collectors just don't share their collections with the web, of somewhere in between.  But the what Pirate collectors there are are a great group of people, some of whom I've been online pals with for the better part of a decade now.  And it's always nice to see to see a new member added to that rank.

By now I think everybody knows about Matt from Bob Walk the Plank, trading extraordinaire.  I found out about Matt's blog early on, maybe two or three posts into his newly founded blog.  I dropped him an email to welcome him to the blogosphere, and suggested striking up a trade.

And then...I dropped off the face of the planet.  This year has been a series of crazy ups and downs, and my irregular posting can vouch for that.  I was pretty bad about posting and reading blogs for a few months, and even worse about having the time to work out trades and send packages.  By the time I got my shit together?  Matt had made quite the name for himself.

A couple weeks ago I sent another email suggesting we revisit a trade.  We both have pretty similar collections, since we're both huge Pirate and WVU fans.  A few days later, a package was in my mailbox. 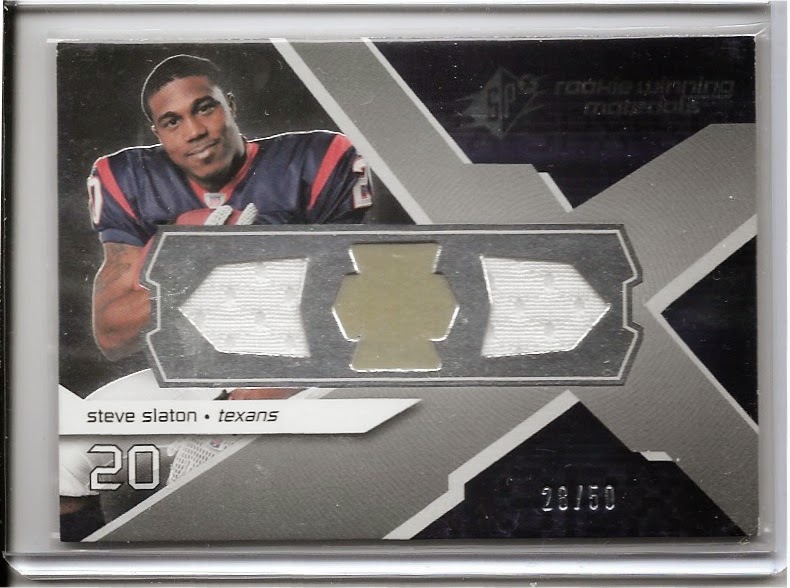 Matt has made a name for himself as a great trader, and I can see why. 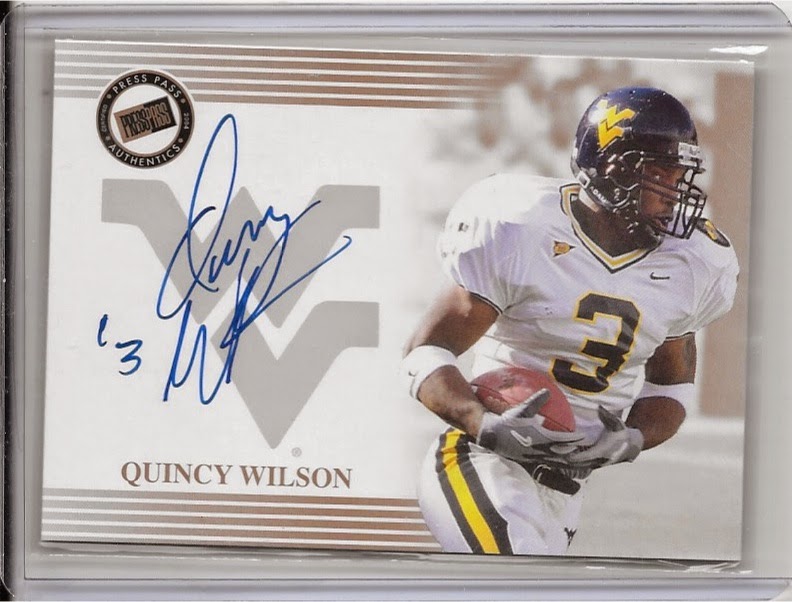 The package was full of hits, mostly of former Mountaineers.  My WVU collection has been slowly growing since I moved to Morgantown for grad school in 2010, and my arrival just happened to coincide with some amazingly exciting teams and players.  Unfortunately, that time period also overlaps with the college football license consolidation, pushing companies like Press Pass and Sage out of the game.  As you can see, they produced some absolutely beautiful cards of players who were college favorites, but likely to do very little in the pros. 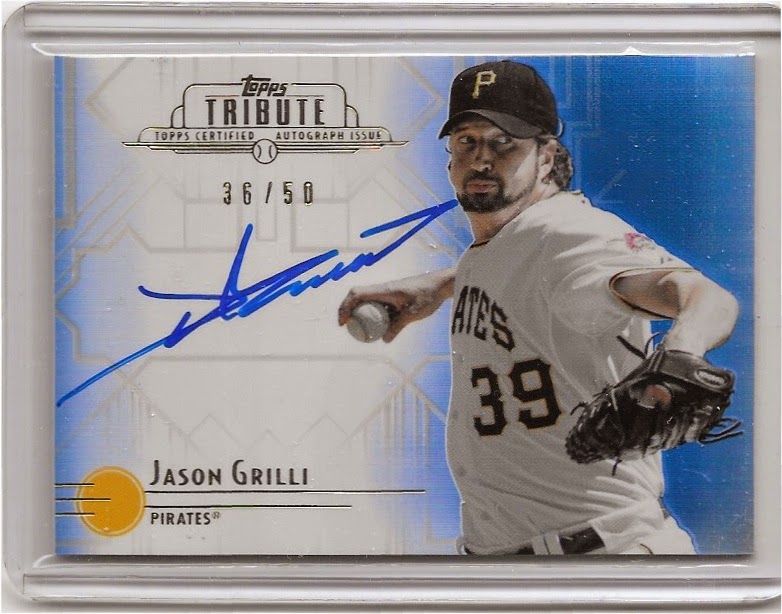 But Matt wasn't done there.  This beautiful Jason Grilli auto was smack dab in the middle of the package, and made my jaw drop.  It has a beautiful refractor finish that doesn't show up in the scan, and the blue ink on blue background looks great.  The man has some serious trade bait sitting around. 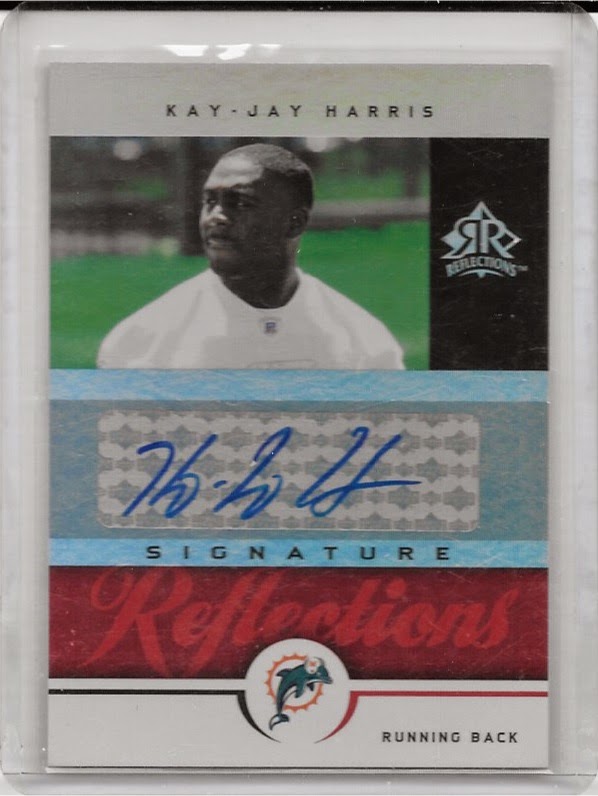 Kay Jay Harris was another guy who predated my arrival in Morgantown, and I think this is my first autograph of his.  The Dolphins were my favorite team growing up because of Dan Marino, so this is a cool bit of collection overlap as well. 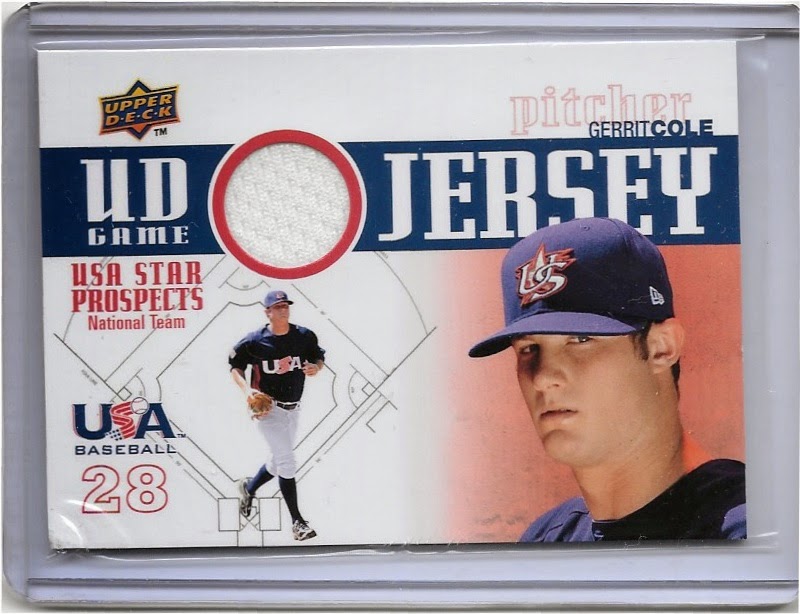 And last but not least, a great jersey card of the Pirates ace (future ace?).  I'm hoping Cole will get off high high horse and appear at Piratefest this winter so I can try to get this bad boy signed.

Talk about instantly beefing up the collection.  Thanks Matt!
Posted by Mark at 10:31 AM