Alright, I think it's safe to admit I have the Photoshop bug and I've got it bad.  I was catching up on my blog reading when a post from Orioles Card O the Day popped up featuring a card from 1996 Collector's Choice Star Rookies subset.

Now anybody who grew up in the 90's probably shares my affinity for Collector's Choice.  The low end (read: affordable, kid friendly, and parent approved) product offered some pretty cool cards at a price point that always made it easy to sneak multiple packs into mom's shopping card when we went to the store.  The products are still one of my favorites to this day, and with some pretty cool foil inserts like The Big Show and Crash the Game, the packs were a fun rip in the mid 90's.

The '96 set was actually pretty unassuming in my eyes.  It would be overshadowed by...well, just about any other CC set released.  Even the beleaguered 1998 UD Choice, which was a total flop but a product I opened a bunch of on the football side of things.

But for whatever reason the 1996 CC rookies subset looked awesome.  Maybe it's some underlying patriotic zeal deep within every 10 year old.  Maybe the card just looked a lot flashier in comparison to the rest of the pack.  But those cards have stuck in my memory as one I always hold near and dear.

So when I saw the post, I figured what better to do with my evening than recreate the design.  Admittedly, the layout isn't all that complex.  Lots of straight lines and a repeating pattern makes for a quick template.  In fact, this post is taking longer to type up than the actual card took to create. 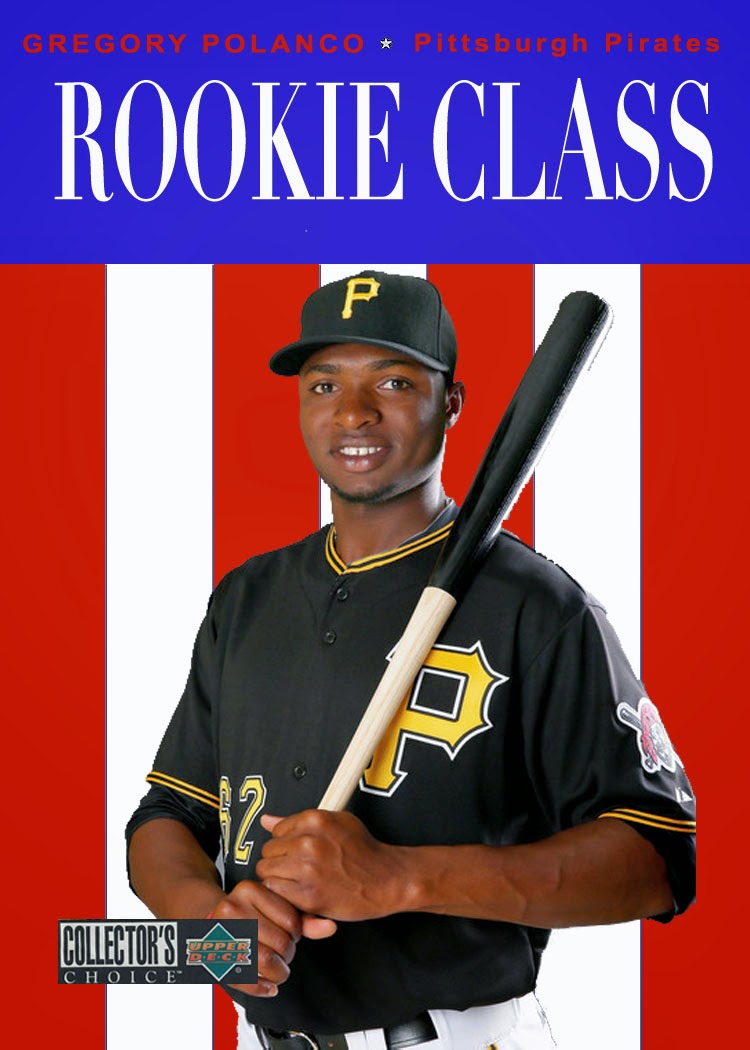 So into the time machine goes Gregory Polanco, and our comes an awesome looking 1996 rookie card.  For comparison, Jason Kendall's card from the actual '96 subset is below. 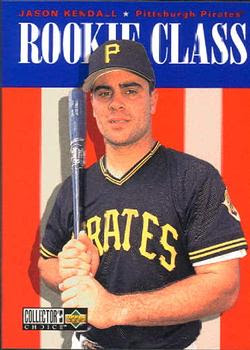