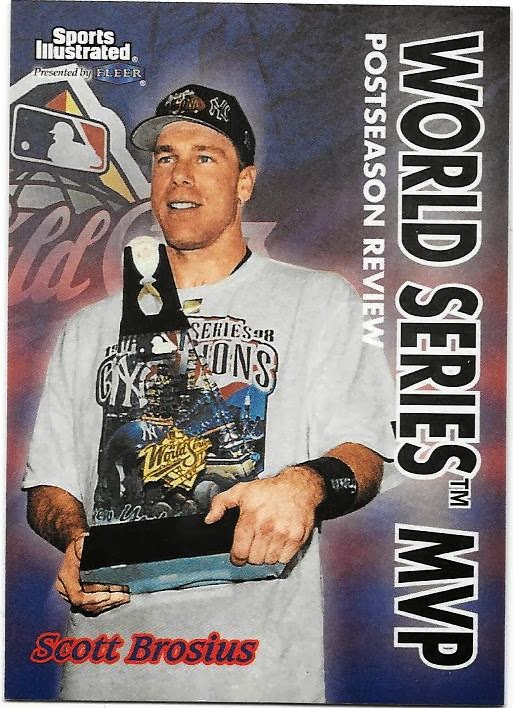 I'll freely admit I'm a bit of a technophobe.  I do after all proudly own a flip phone.  And Kate and the rest of the people I know in our mid 20's are glued to their phones, I am blissfully aware of my surroundings.

But sometimes technology isn't all bad.  At least part of my blogging lull to begin the year had to do with scanner access.  You see our scanner is attached to Kate's computer. And the Mrs. didn't take all to kindly to being kicked off her Mac so I could blog about baseball cards.  Who'dathunk?

But thanks to the advent of modern technology and the wireless printer, I'm able to scan while Kate is blissfully doing whatever it is that normal, non card blogging types do on computers.  And to think that it only took me 4 months to install the remote scanning software on my laptop.

Ah, but what good is software without hardware.

I hit my first (real) card show since leaving Ohio in June over the weekend.  And boy was it worth the wait.  Dime box heaven.

I'll try not to break it into too many different posts, but some of these guys deserve special attention.

I've always been a sucker for cards that commemorate a special occasion or accomplishment, and these dime boxes were loaded with some good ones.  I was never much of a fan of the Yankees championship teams, but this WS MVP shot is a unique one. 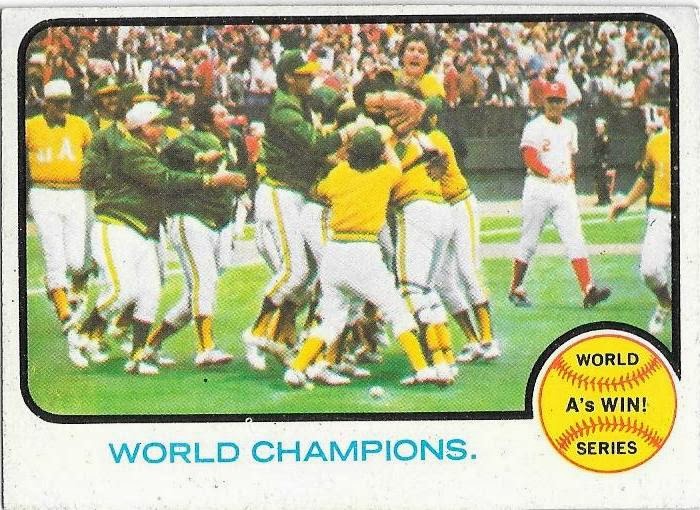 But if it's excitement you want, the A' are the place to be.  Is it just  or are only some of the players or coaches wearing the famed white hats?  The 70's uniforms are a confusing puzzle. 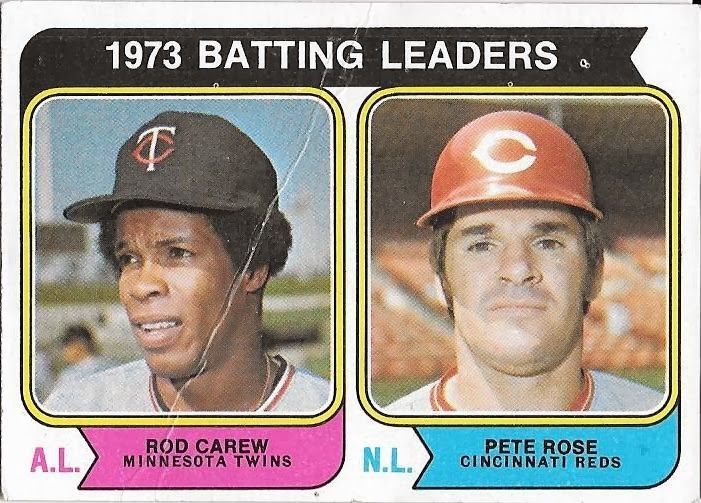 I'm typically one to shy away from low grade vintage unless it's of the Pirate variety.  But for a dime?  This badly crease league leaders card needed a good home.  My Rose cards are relatively few and far between and almost exclusively from his latter days.  So it's a nice addition to bring in one from his prime. 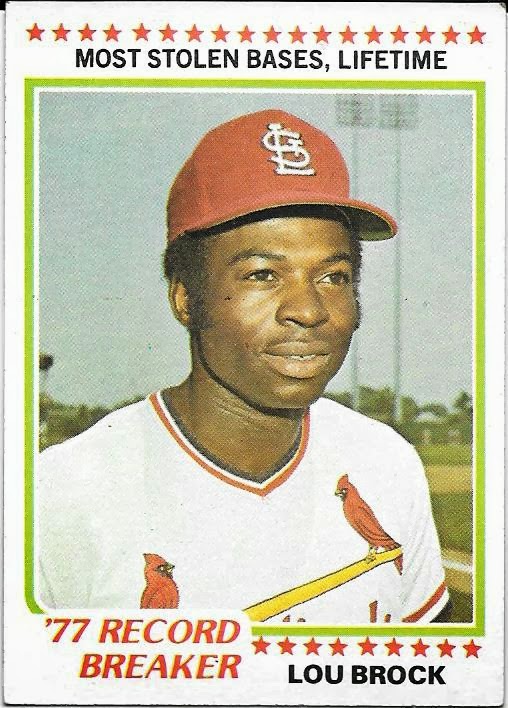 And the record breaker cards always seemed like a set highlight to me.  Sure it lacks the action photo of the great Rickey Henderson cards from when he broke the SB record, but this Lou Brock is a nice piece of history. 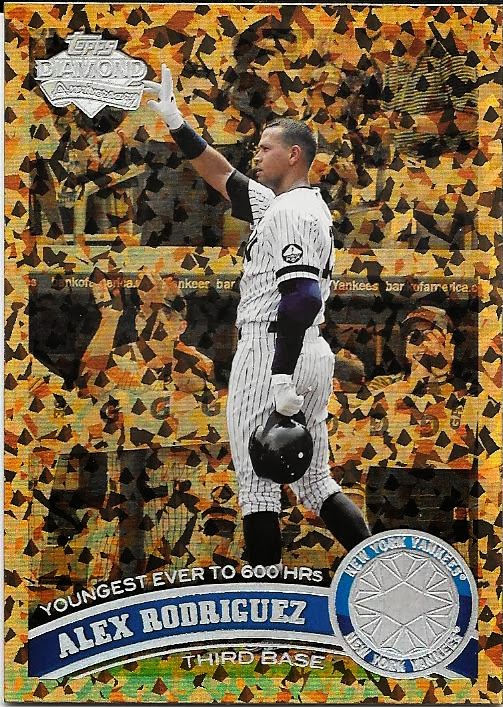 But any student of history knows it's all good.  I never expected an ARod Yankees card to have any place in my binders.  But for a mere dime it was too hard to resist this Cognac issue commemorating the least liked player to ever hit 600 HR's. It makes me cringe a bit to have this one in the collection.  But I'm sure there's a lesson to be learned somewhere in all of that.