You Know You Have Too Many Cards When... 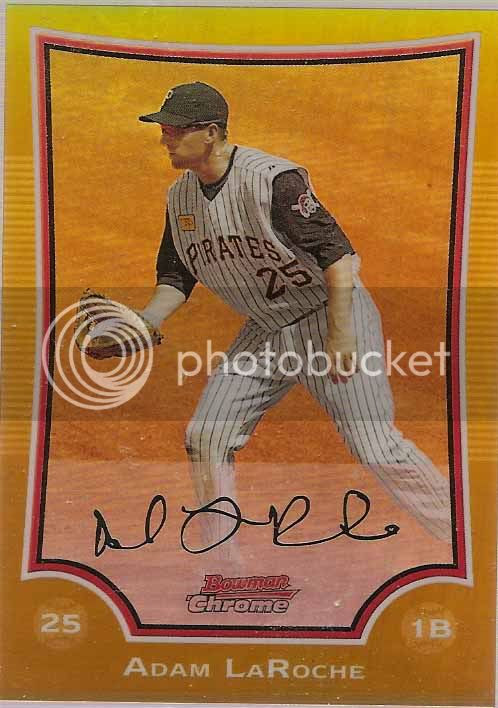 I browsing COMC yesterday running my usual array of Pirate searches to see if there were any good sales or if prices had been lowered.  And there it was...an absolute steal.  A sparking beauty in cardboard form primed and ready to join my collection.

I had the card opened in its own tab and was ready to click buy when I thought it best to double check against my Excel file.  I've been buying too many doubles lately on accident, so I wanted to be safe.

Much to my surprise, my Excel file told me that I did indeed already have the card, complete with scan and a notation of the numbering.  And I guess that wouldn't be too surprising.  After all, with 11,000+ cards it can be easy to forget one or two.  And I should be glad I saved myself $1.75, right?

So it's a bit frustrating to see a gem sitting there at a rock bottom price.  A dollar seventy-five for a gold refractor?  There are dozens and dozens of gold's that I don't have from all years.  But that's the way it breaks sometimes.  And yeah, I could have just bought it anyway and tried to flip the card for a profit, but that's not really my style.  I'd like to think some other collector was able to take advantage of the great deal.  Maybe that karma will pay itself back to me one of these days, in the form of a cheap, shiny, needed gold refractor.