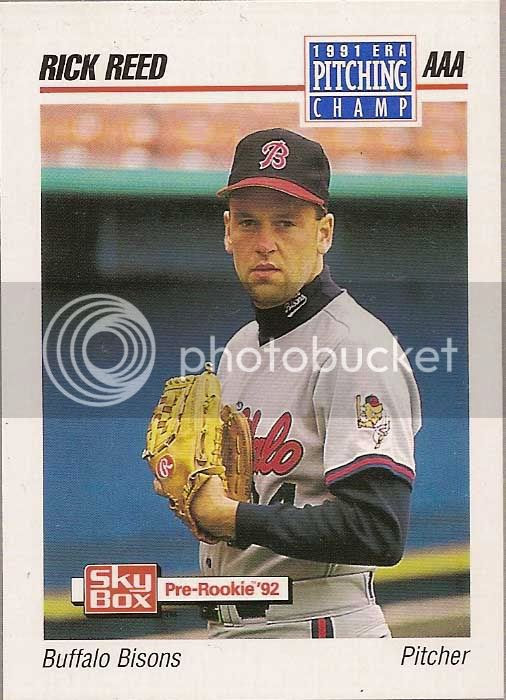 Call it nostalgia, but I've always had a bit of an affinity for players who ended up back with an old team towards the tail end of their careers.  It doesn't happen a ton - Vinny Castilla's reappearance with the Rockies, Junior returning to Seattle.  And other times...not so noteworthy players.

If you blinked, it would have been pretty easy to miss his tenure as a Pirate.

And then as so many have done, he put together a very solid major league career after leaving the Steel City. 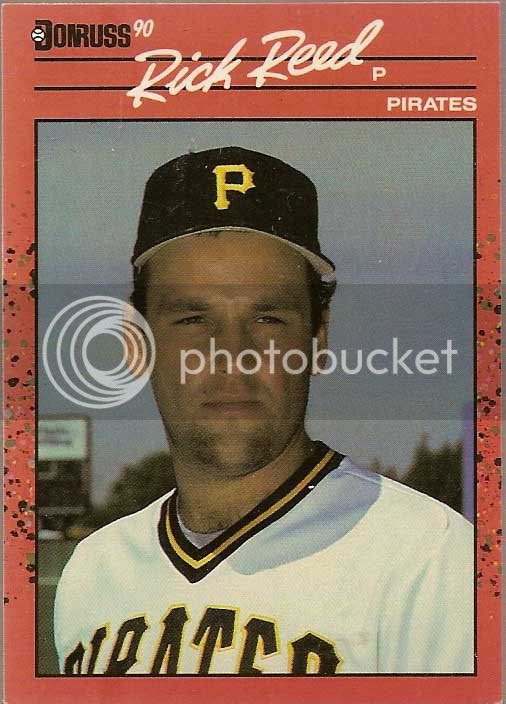 From 1997-2002 Reed was a pretty decent major league starter, and pitched on some playoff teams.  Not for a bad for a guy the Bucs cut loose at age 26.

But as the Pirates were apt to do in the mid 2000's, they hoped to make up for lost time.

The Bucs signed Reed as a free agent prior to the 2004 season.  But at age 39, his best seasons were in the rear view mirror.  He never made it out of Spring Training, and decided to hang up the cleats.  Which, of course, didn't prevent Topps from including him on some cardboard.  As Dime Box Nick would put it, a wonderful zero year and sunset card.

For me?  Just another reminder of how beautifully futile the mid 00's were for the black and gold. 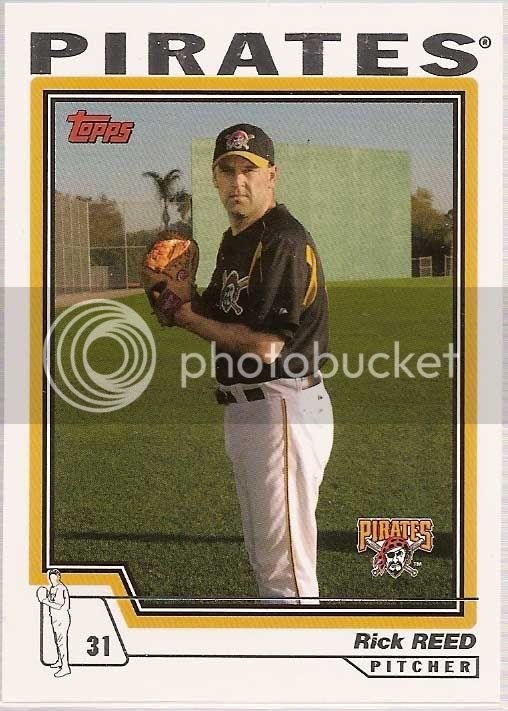