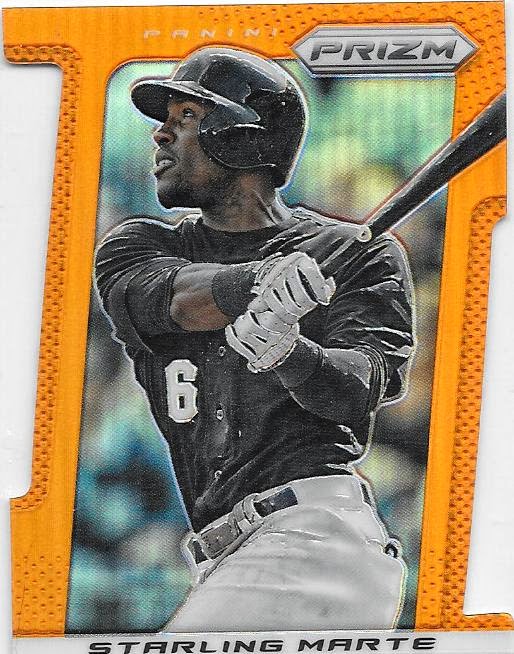 After finally unleashing the queue of overdue trade packages that I needed to send out, it only seemed fitting to get hit with another trade package.  Duff at Bleedin' Brown and Gold dropped a wonderful package on me after I expressed interest in the Bucs from his Prizm break.

In all I added about 30 new Bucco cards to the collection, which I think is the single largest addition to the collection so far this year.  Coming off of a year that saw my Pirates collection grow by leaps and bounds (a few thousand of them), additions have been slow this year.  But then again my needs list is also slowly shrinking.

But one area I always have a ton of needs from? 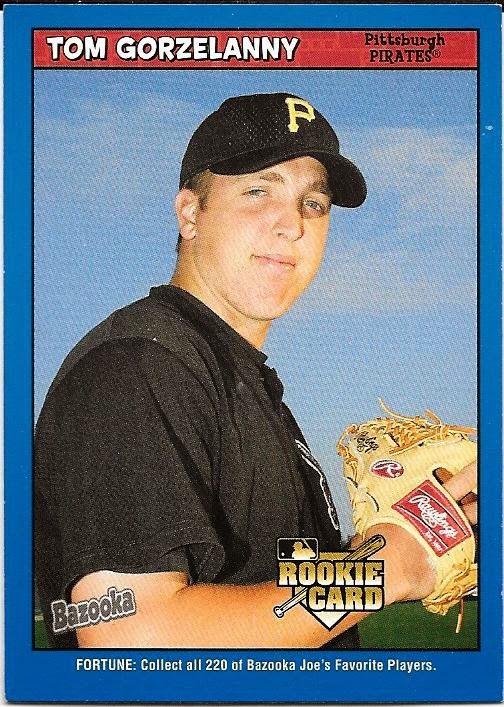 Those obnoxious one per pack parallels.  Ultra Gold Medallion.  Score Gold Rush.  Collector's Choice Silver Signature.  Bazooka Blue Fortune.  The list goes on.  They're great cards.  And I imagine somewhere is a basement with 4 row boxes full of the things.  But they never show up around here.  Ever.  For how relatively "common" they should be, the things prove quite elusive in my dime box searches. 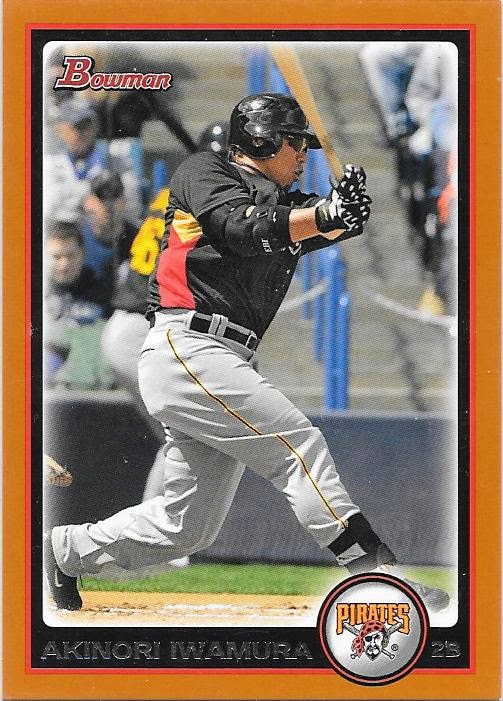 But hey, trades are about the big and small additions alike.  And Duff's package wasn't without some hitty goodness.  A copy of this Iwamura Orange had been sitting in my COMC card for quite some time, though I wasn't quite ready to commit to the $.50 price tag.  I'm sure glad I waited. 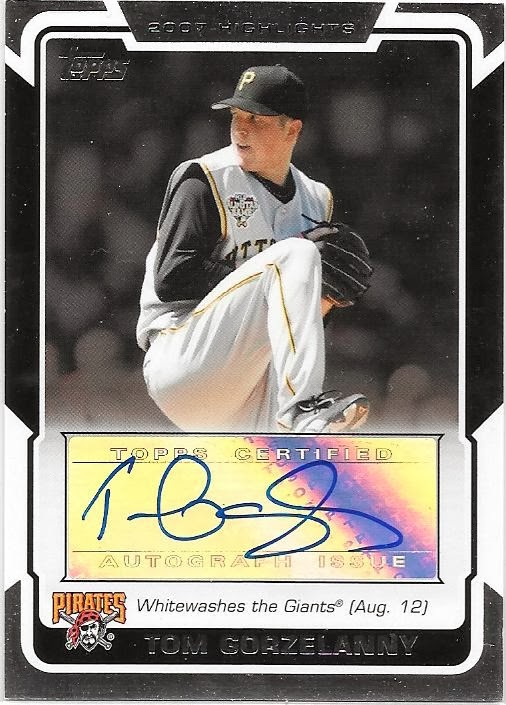 This Gorzelanny auto is another one I had recently almost purchased, but passed on.  For whatever reason some of these Topps Highlights are tough to find, while others are seemingly quite common.  This is the more common version, though Gorzo has another in the set that is a little tougher to come by. 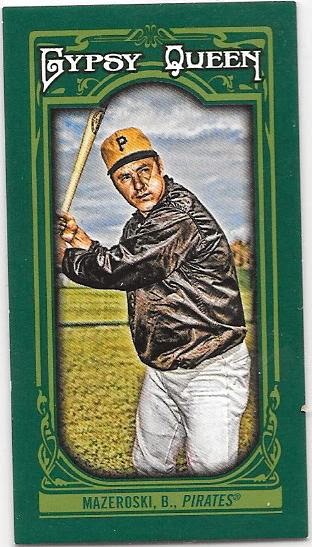 Gypsy Queen was the lone set that Topps put out last year that I really enjoyed.  I have been working on the black mini parallel team set with relative luck.  The Maz is one of the cards I'm missing, but I won't complain about adding the rarer green mini.  It's a sharp looking set, and may be my next project if I ever finish the black. 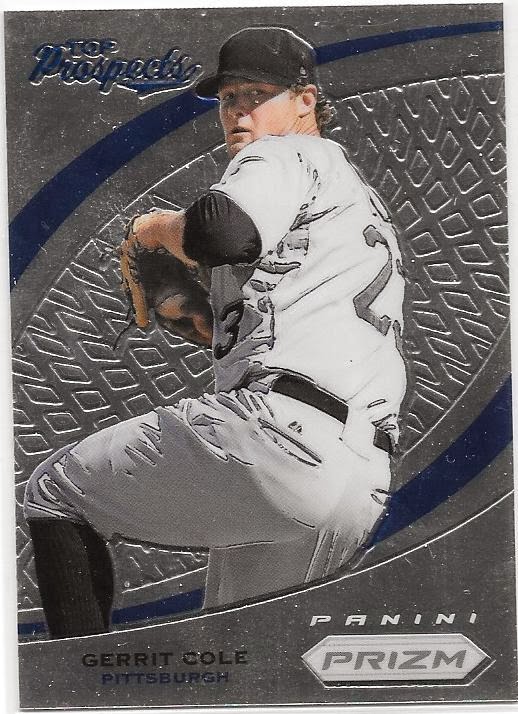 And coming full circle some more Prizm.  I may be in the minority, but I like the Panini knockoff chrome cards better than the actual Chrome stuff Topps is releasing these days.  Nice thick cardstock, true chrome color, and a nice shine and etching that Topps has become too lazy to include.  It's a damn shame that these cards are seemingly impossible to find.

A great package with some nice surprise additions.  And better yet, I get to empty out the large pile of Padres that had been building up.
Posted by Mark at 9:23 PM

Email ThisBlogThis!Share to TwitterShare to FacebookShare to Pinterest
Labels: trade