Two days in a row!

I'm trying to work my way out of this winter chill as the temperatures dip into the negative double digits tonight.  First up: blogging two consecutive days.  And since I'm feeling really feisty, I'll be packing up some much overdue packages to get out in the mail tomorrow.  Step three?  Warmth.

I put in a recent order with my buddy Mike at Tromp's Sports Cards.  His prices are tough to beat, and he always stocks a nice range of baseball.  And any regular reader of Battlin' Bucs knows I do love me some autographs.  I have had my eye on adding a Nick Johnson signature to the collection for some time.  And while I would normally opt for a major league issue, at $.50, this one was too good to pass up.  My only complaint?  I do wish you could see a bit more of the jersey and logo.  But it does show some nice crowd interaction, and a guy with some super cheesy 90's sunglasses. 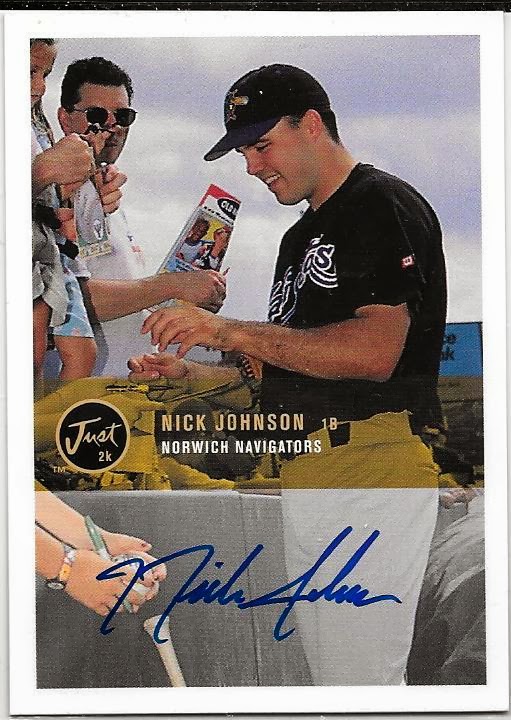 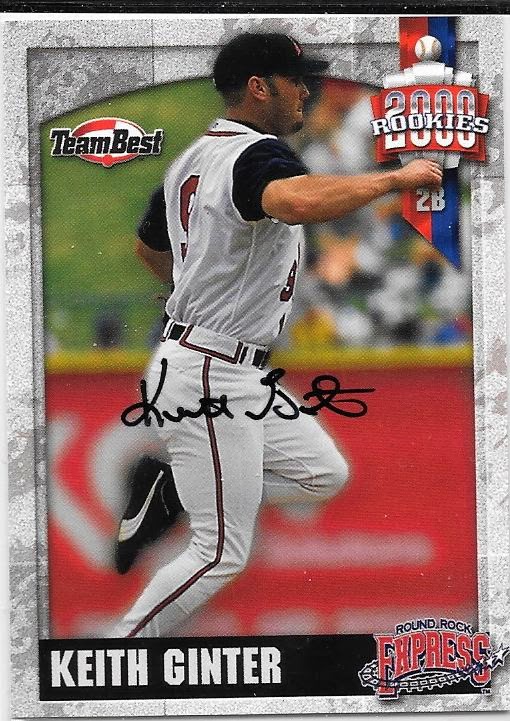 Keith Ginter was a pretty forgettable player.  So forgettable that I apparently remember him for all the wrong reasons.  I remembered Ginter being a decent player for the Astros who had a couple seasons with decent pop before fading back into obscurity.

And I was half right.  But his three seasons with the Astros were less than impressive, totaling a whopping 19 plate appearances.  Apparently his two breakout years came for the Brewers, putting up 34 HR's in '03 and '04.  I guess all those NL Central teams kind of ran together in the mid 00's.

They may not be the prettiest of autographed cards, but for less than a dollar for the pair, I'm happy to give them a place in my collection.  As more of those one time stat/top prospect types from the late 90's and early 00's fade from the collector's mind, I'm hoping steals of this kind might become a little more common for me.
Posted by Mark at 6:37 PM