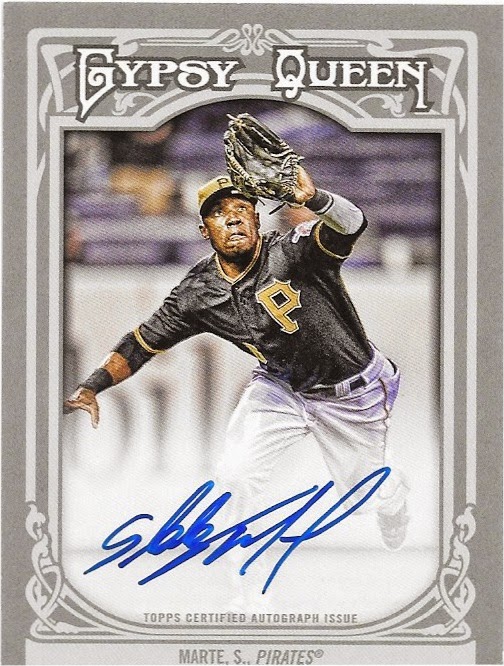 Since I joined COMC in 2010, I have been a pretty cost conscious shopper.  The vast majority of my purchases are of the $.50 and below variety, and I rarely add an card that costs over a buck or two.  It's not that I'm cheap (well, maybe it is...), but with the insane selection of cards, it's never difficult to get bang for my buck.  If a card I'm interested in might be a little more expensive than I'm willing to pay, it only takes a quick search or two to come across something else I can spend that money on that looks like a sweet deal.

But I decided to bend the budget a bit over the last month or two.  There haven't been any card shows, searching ebay is a huge pain compared to the ease of searching by player or team on COMC, and I was lucky enough to see some real gems pop up on the site at prices I considered absolute steals.  So here's the pick of the litter, if you will.

So for an appetizer, I've been after one of these Starling Marte Gypsy Queen autos for a while, but never was able to find one that was at a price I liked.  For $3.75, I was happy to pull the trigger on this one.  Marte still has some room to develop hopefully, and is one of the more exciting Pirates to watch in my opinion. 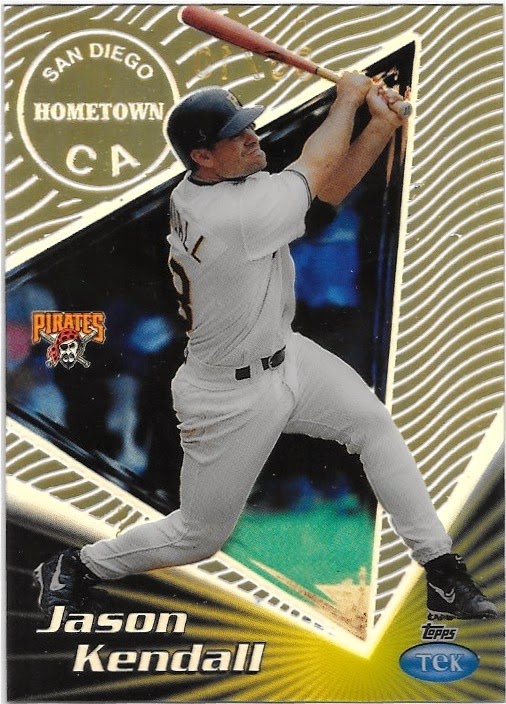 This card has actually been sitting in my COMC account for almost a year.  But it was well worth the wait to see it in person.  The 99' Topps Tek Gold is numbered /10, and while I will never had a prayer at completing the entire pattern-maddness I'm happy to just have one copy of a gold.  At about $10, I paid close to the going rate.  But this was one of the few true "wants" I had been eyeing up. 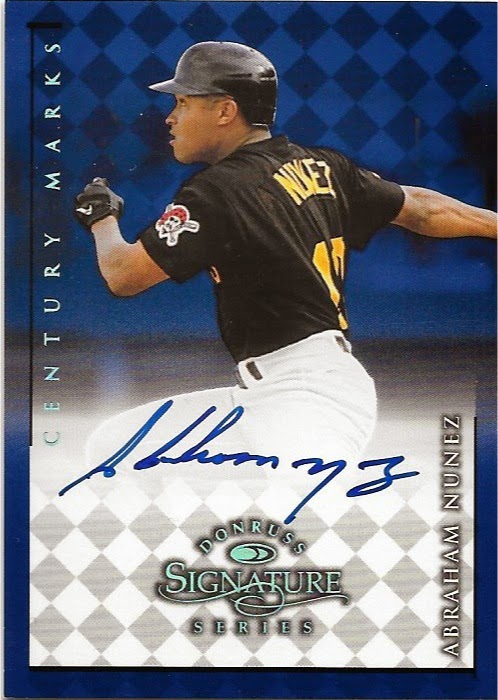 A few days ago I posted my Jose Guillen Century auto, and the Nunez fell into my lap during the Black Friday deals for about $5.  When the set first came out, you would have had to at least add a zero on the end of that price.  As I mentioned yesterday, I have fallen in love with this set, and the blues may be my favorite background color. 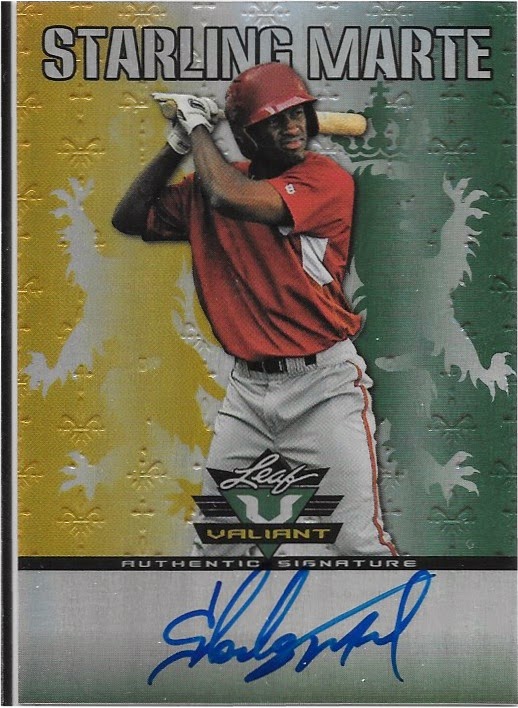 Leaf has gotten a little redundant with the Valiant autos over the past few years, with no real tweaks to the design from year to year.  However, I have wanted this card since it came out, but was never willing to pay Marte's "prospect" prices.  Now that he's an established and successful major league regular, his prices have magically nosedived.  But that's cool with me.  This only set me back a cool $3.25, which is an absolute steal in my book. 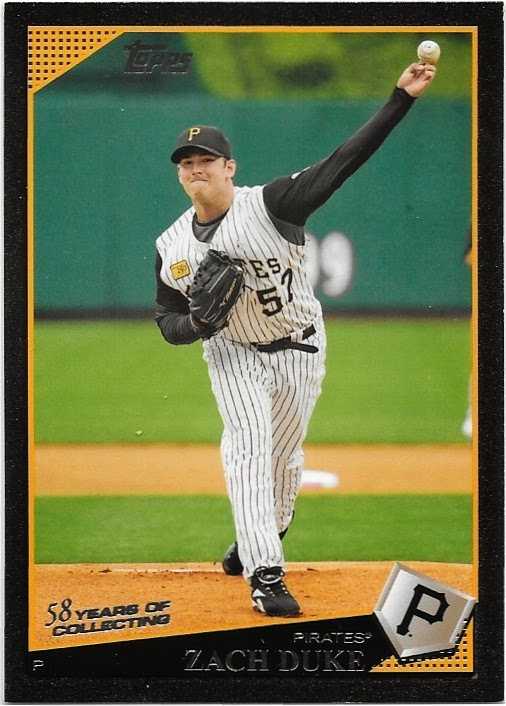 I love the look of Topps Black cards, but they are such a freaking headache.  I'll never come close to completing a team set, but when I can find a copy in the $2-3 range, it's mine.  Alllll mine!. 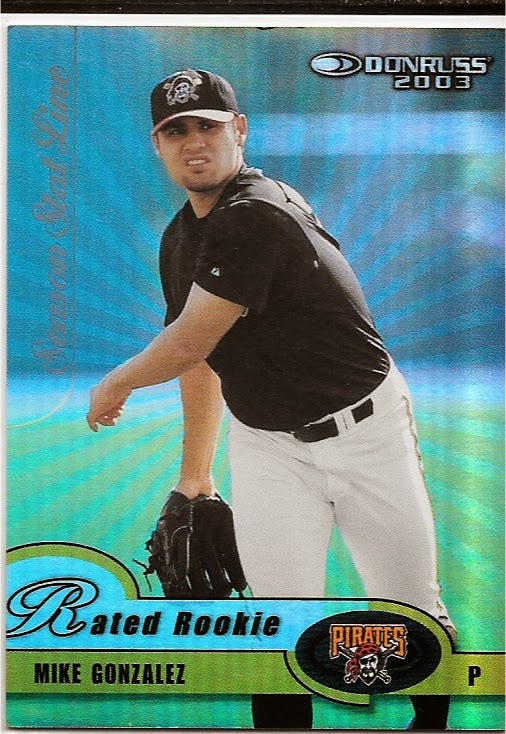 But there two cards are the true unsung heroes of my COMC purchases.  I love the Donruss Stat Line cards, particularly the Season version with a rainbow foil finish.  This Mike Gonzalez card is fairly unsuspecting, until you flip it over and discover it's /10.  For a team set I might actually have a prayer at finishing, this card is basically the lynchpin to the set.  For $3, I couldn't hit the purchase button fast enough. 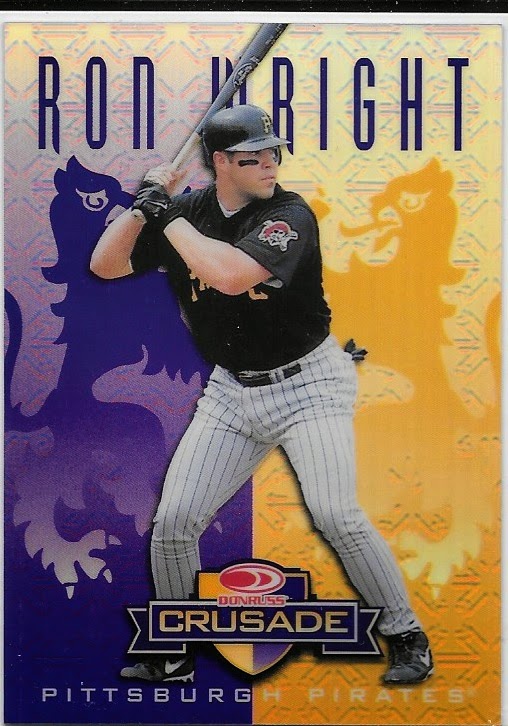 And for the uninitiated, do a quick search for Donruss Crusades on ebay.  These are perhaps the hottest insert of the 90's, and for good reason.  The cards are drop dead gorgeous in person, and put any refractor to shame.  The Purple is perhaps the least attractive version in my book, but at 100 copies they can command a pretty penny.  Better yet, this copy was a victim of COMC's database issues, listed as the dreaded ??????.  I was able to wait out a couple price drops during the sales, and ultimately grabbed this for about $3.50.  Recent copies have gone for more than twice that, and it looks great alongside the Abraham Nunez from the same set I picked up last year.

Amusingly enough I now have both the Purple and Red /25 for Nunez and Wright, but am still missing the Green /250 for both.  Collecting is a funny thing. 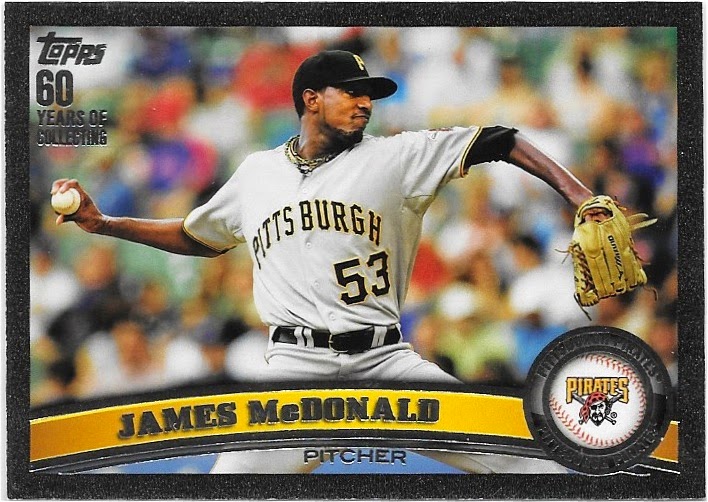