The Good, the Bad, and the Cardboard: Card Show Pickups

Since we moved back to Pittsburgh a year and a half ago, it's been painfully clear the cardboard landscape has changed dramatically.  In my "where have all the buffalo gone" moment, what seemed like a thriving market for cardboard when I moved to Morgantown, WV in 2010 looks like a ghost town when I have moved back.  Many of the dealers who were regulars on the mall show circuit are gone, vanishing without a trace.  And the regulars that are left seem to have split into camps, where they will only do shows on one end of the city or the other. 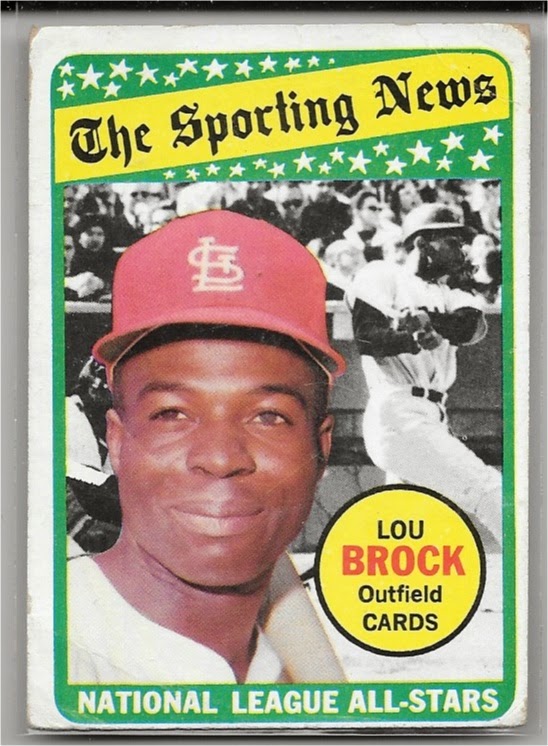 Not that it really matters.  Since moving back, I counted seven shows in the past year and a half.  One of those was the annual Robert Morris bonanza, two were utter busts with maybe one or two tables actually selling cards instead of toys or aluminum siding (I wish I was kidding).  And another I missed during the weekend we were in Boston.

But not all hope is lost.  I posted my autograph pickups from the October mall show in a timely fashion.  But these were the real gems, which ended up buried on my desk for a month.  After all, life is all about the dime boxes.

But the show was just as interesting for how it contrasted with the mall show that took place on the other end of the city just a few weeks later.  I'll get to those pickups in a separate post.  But let's just say the pile I brought home was much smaller. 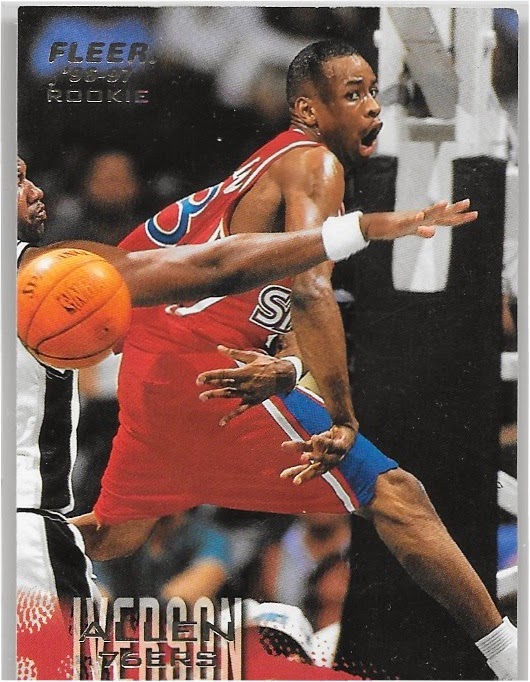 After all, it's pretty tough to beat these pickups.  Except for the Bonds Flair Hot Gloves and Randy Johnson refractor below, which cost $1 each, everything else in this post was a dime.  Yep.  Ten cents for some awesome vintage.  Ten cents for an AI rookie. 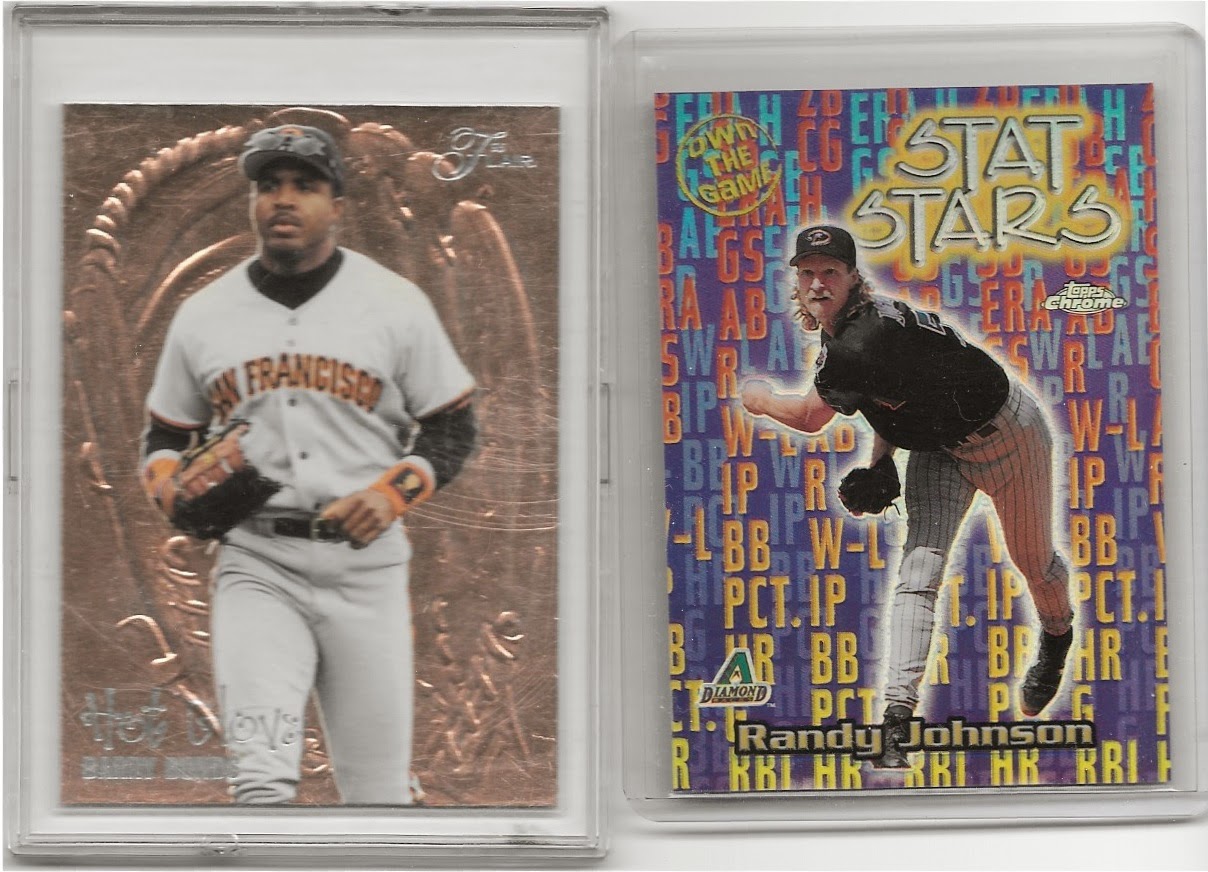 That's what shows had always been about for me - scooping up the leftovers after dealers had already made their money.  I've known the dealer who I bought these cards from since I was in my early teens - he's a flipper who loves buying high end collections.  He said he easily made all his money off this collection at Chantilly, and was blowing out the remainder at a dime a piece just go clear out space and keep his wife from screaming about the entire basement being filled with cards.  And that's a relationship I can live with - happy wife, happy dealer, happy Mark.  And the end result are some great cards for my collection, some great finds to head into future trade piles, and maybe even a few cards to flip if I ever do send cards into COMC. 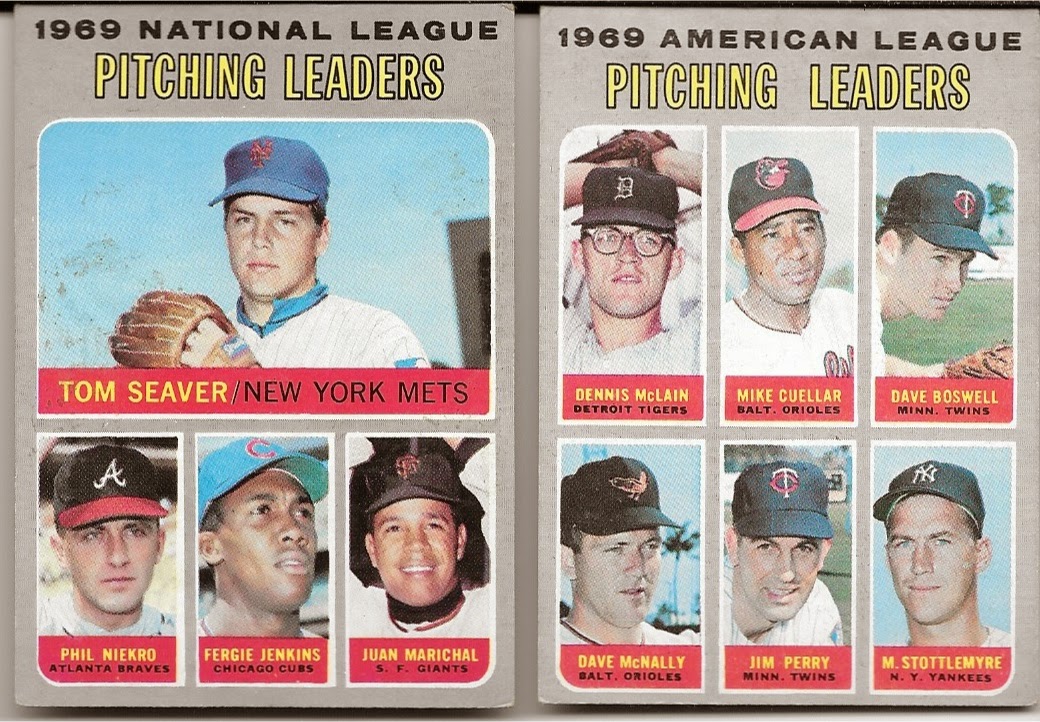 But let's talk about the actual cardboard for a minute.  How cool are these leavue leaders cards?  Four HoF'ers on the NL leaders card?  And I think the AL card is the first time I have seen six players on one league leaders card.  The names aren't as impressive, but I love the crowded layout. 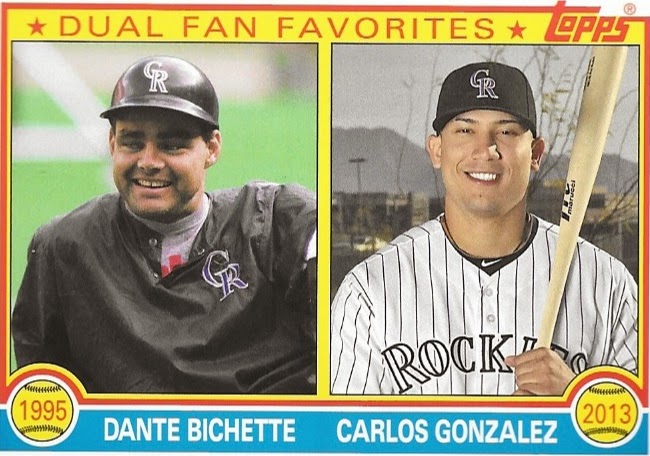 And I'll gladly take some cross generational nostalgia.  Some 90's goodness on a classic 80's design, with a modern player who injuries may turn into a relic over the next few years.  But I am thrilled to see Topps inserting some of my favorite players from the 90's into products, even if I haven't had the time or funds to start picking up many cards of them.  But with the supply of Albert Belle and Livan Hernandez autos Topps has been pumping out, I'm sure one will land in my collection sooner than later.

Soak it all in folks - a real, solid card show.  Cause what I saw at another mall a few weeks later was enough to make me want to call into a ball and cry.
Posted by Mark at 10:03 AM