The return of Topps Tek this year was the one product I was looking forward to since it was announced.  However, Topps took their good ole time releasing any kind of checklist for the product.  So much so that one wasn't available until after the product was already live.  And as excited as I was, I wasn't about to see a repeat of Stadium Club, only to pull a couple $1 autos and see boxes for $25 in a couple months.

Needless to say, I saw pretty bummed when I saw the number of 90's stars included in Tek and really wishing I had a few boxes to open.  But logic prevailed, and after the initial wave it was pretty clear I could grab some great singles for far less than a few boxes would have cost. 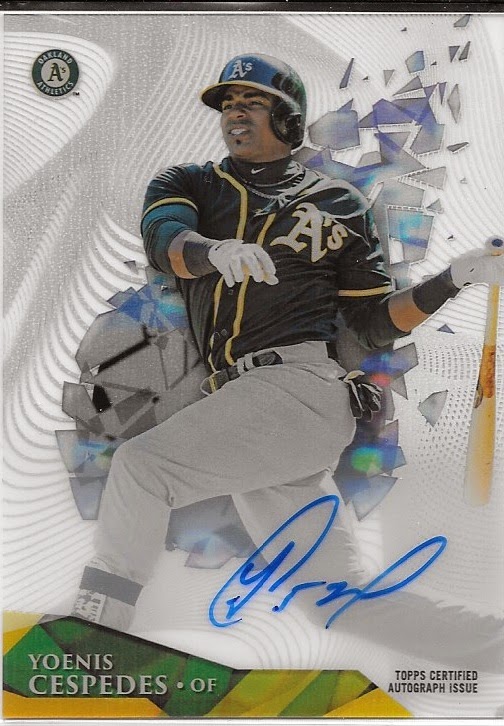 The new Tek cards don't have the same thickness as the original cards, and I don't think they look quite as impressive.  The shiny parts can kind of get lost on the card unless the light hits them just right.  Still, I couldn't wait to get a couple of these in hand. 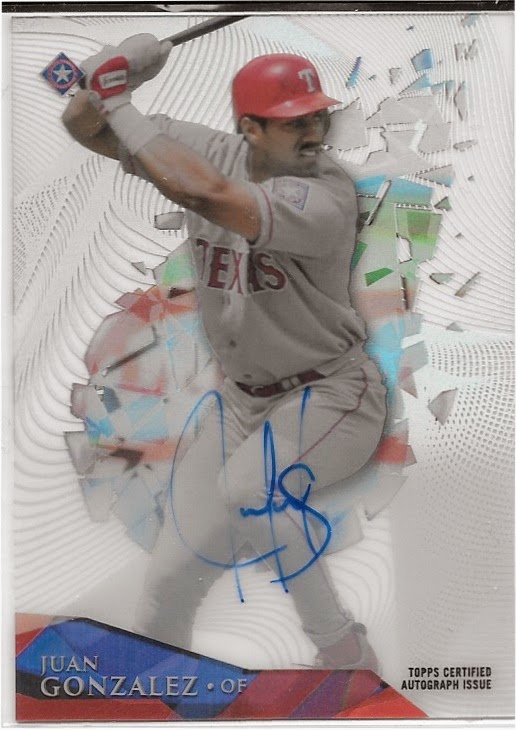 It was well worth the wait, adding two sluggers for $5 each.  I've always been a fan of Juan Gone.  And while Cespedes hasn't lived up to the potential he showed his first season, he's the kind of go big or go home that seems right at home in a 90's product.

Hopefully I can land a few more autos from the product once the calendar rolls over the 2015.
Posted by Mark at 5:29 PM