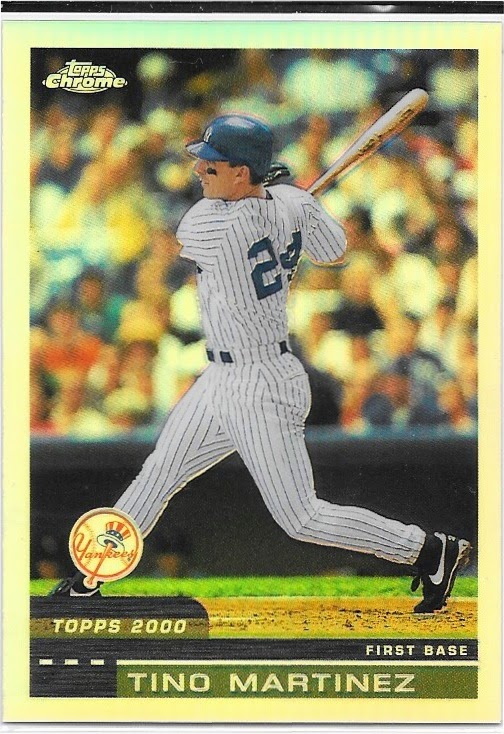 Woo, finally up to a full percentage point!  This Tino came in from sportlots for a mere $.20.  He had a pretty productive career for the Mariners and Yankees, and was probably a bit underappreciated in the offensive boom of the 90's.  And of course Yankee Stadium's short right field porch undoubtedly helped his numbers.  Compared to the money and production the Yanks have gotten out of Texeira, Tino looks like a real steal in my eyes.
Posted by Mark at 3:00 PM