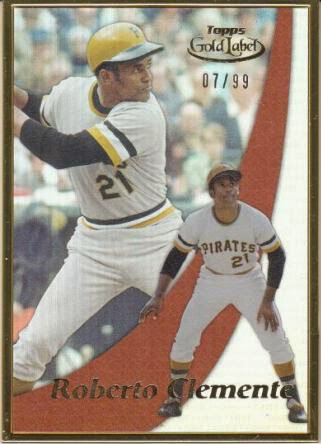 The group of team collectors I'm a part of did another group break on Halloween night.  The break was a little smaller this time, since new low to mid tier products have come to a trickle this time of year.  But we managed to scrounge together a decent break: 2 jumbox of Topps Update, 2013 Topps Mini, and a box of the heavily discounted 2014 Stadium Club, which was down to something like $67 when we ordered (compared to the cool $95 we paid for our first box).

While I'll always stick to buying singles over boxes, I love group breaks.  Not the 85 Monster Case Break Blowout, complete with dbag acting like Don West from Shop at Home.  But a small break like this with some good buddies?  Sign me up.  For $10, I knew I would be getting the Update team set, a few other commons I needed, a couple low end inserts, and at least a fighting chance at a nice hit.

And fight I did. 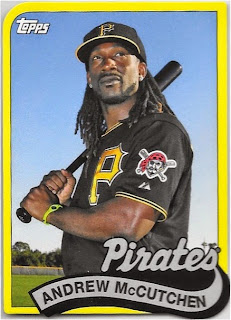 The break was actually looking bad for my Bucs heading into the last box.  Nothing of note, except for a foil and gold parallel. 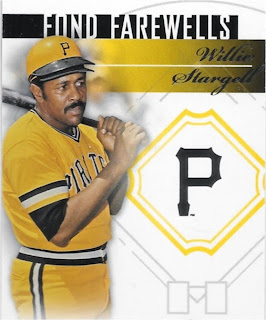 And then - bam!  The next to last jumbo pack held a beautiful Clemente Gold Label card pictured above. 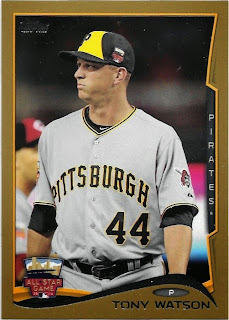 Anybody who even occasionally reads this blog is probably sick of hearing about how much I love 90's cards, and how 2000 was the year I got back into collecting.  And Gold Label from 2000 was a set that still holds fond memories, though I don't think I ever opened any packs until a few repacks years later.
And though the scan doesn't show it, the card is insanely thick.  Like...I have it in a one of those old 25 card snap cases right now, because I couldn't find anything that was the proper size.  I don't know if the card had to be printed that thick for a specific reason, or if they just thought it would look better in a quarter inch thick gold frame.  But either way, it's a beautiful card that brings back some warm and fuzzies for me. 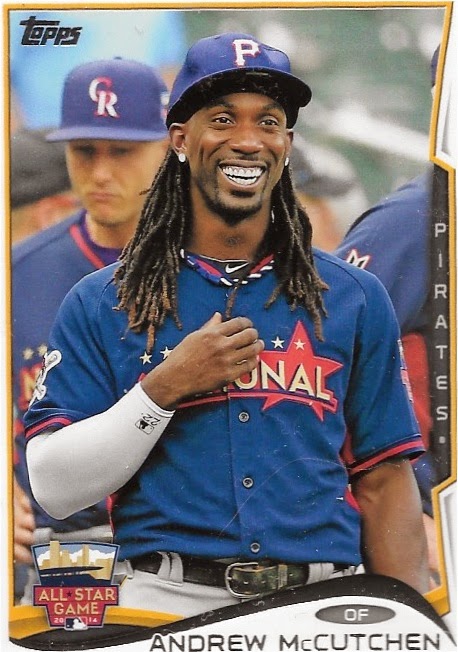 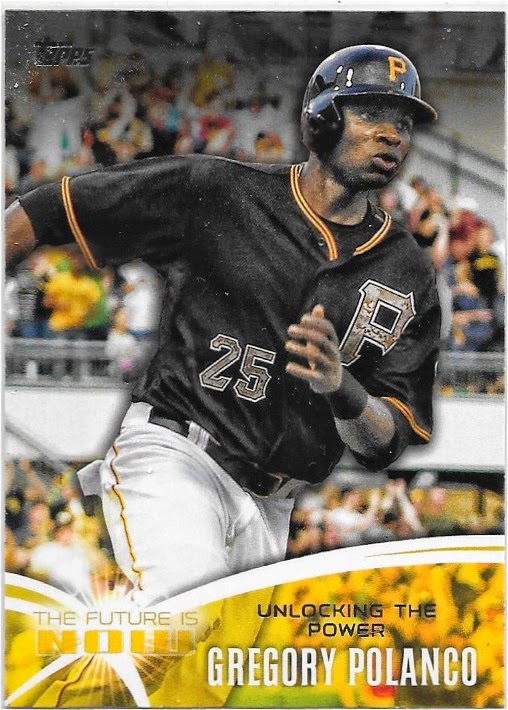 On top of that, I was able to just about complete the non-parallel team set from Topps Update.  I didn't pull the Josh Harrison Stat back variation, and I'm still missing one of the Polanco FIN inserts, McCutchen Power Players, and all the World Series Heroes.  But along with the Clemente I did score the Polanco image variation SP. 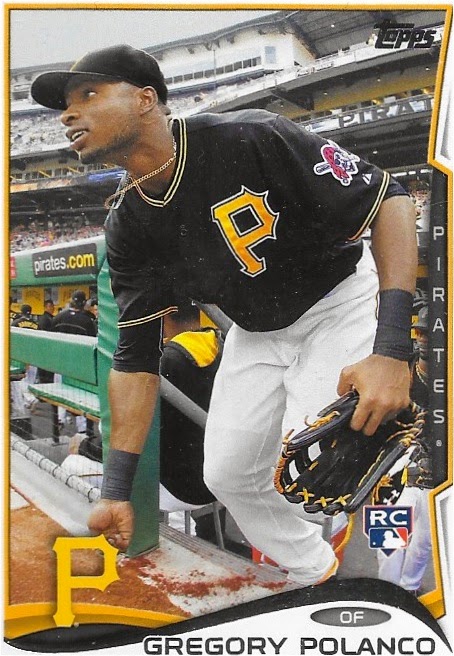 While it is a cool photo, and I'm thrilled to not have to actually spend money on this card...could somebody tell Topps this is the exact same photo they put into Stadium Club?  You'd think in the day and age of digital photography, where photographers can literally take an unlimited number of photos without any real concern for printing, storing, or running out of film, that Topps could find one additional cool image to use for this SP. 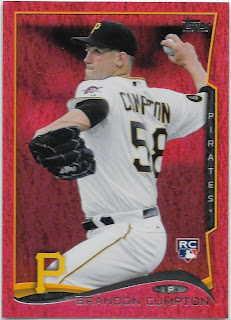